Faith Leaders Call for Return to the Iran Nuclear Deal 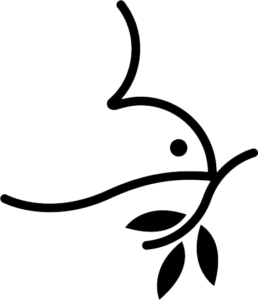 As people of faith, we are called to seek peace and imagine a world free from war and the threats of nuclear weapons. Today, we are calling on President Biden to move one step closer to that vision through a mutual return to the Joint Comprehensive Plan of Action (JCPOA) by the United States and Iran. We are deeply concerned by recent news reports suggesting that negotiations between Iran and the United States on a return to the JCPOA are on the verge of collapse, heightening the risk of war and nuclear proliferation. We strongly urge the Biden administration to remain at the negotiating table and have the courage to act boldly for peace.

Reestablishment of the Iran nuclear deal would be a significant victory for peace, diplomacy, and stability in the Middle East. It would strengthen U.S., Iranian, and international security by placing constraints on Iran’s nuclear program in exchange for the lifting of international economic sanctions. We strongly affirm the importance of diplomacy over war on moral and religious grounds and call on President Biden to take the necessary steps to secure a return to the JCPOA.

After the United States withdrew from the JCPOA in 2018, tensions with Iran escalated and brought our nations to the brink of catastrophic war. But progress requires negotiation and compromise, not threats and intimidation. Our faith tells us that lasting peace can only be achieved through peaceful means.

Lifting economic sanctions in accordance with the JCPOA will also help end the humanitarian suffering of innocent Iranians, who have borne the brunt of the economic crisis and been denied access to life-saving medicines and equipment during the COVID-19 pandemic.

The faith community has long worked to build more cooperation and peaceful relations between the United States and Iran. Decades before the original nuclear deal was achieved in 2015, we called for diplomatic negotiations with Iran, helping to organize meetings with Iranian government officials and sending delegations of faith leaders to Iran. Many of us supported the original nuclear deal and joined with others to protest President Trump’s 2018 decision to withdraw from this agreement and impose new sanctions on Iran.

The JCPOA was always meant to be a starting point. While there are many issues that should be resolved diplomatically between the United States, Iran, and other governments in the region, a full return to the nuclear deal could serve as a foundation for future negotiations. We strongly urge the Biden administration to negotiate a swift return to the JCPOA. Doing so will put Iran’s nuclear program back in the box, lift harmful economic sanctions, prevent possible military escalation, and put the Middle East and the world on a pathway to greater peace and stability.