Frequently Asked Questions regarding the two resolutions on polity and practice 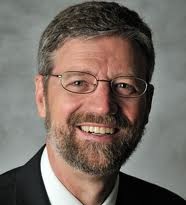 In the past three months, I have met with delegates from most of the 21 conferences of Mennonite Church USA as an orientation to the upcoming convention and the resolutions that will be considered there.  What follows are some of the most frequently asked questions in those settings, along with answers that reflect the perspective of the Executive Board.

1. If the Forbearance Resolution passes, will it change our church’s definition of marriage? In other words, will we consider both same-sex marriage and heterosexual marriage on an equal basis in our denomination?

The answer to both questions is “No.” While the resolution states that we do not have consensus on matters of same-sex marriage, it calls for humility and understanding of those who differ, but not an official denomination change of position on the definition of marriage in Article 19 of our Confession of Faith: “We believe that God intends marriage to be a covenant between one man and one woman for life.” Many have pointed out that while our denomination has not changed its stance on marriage as a life-long covenant, many congregations and area conferences have been exercising grace, love, and forbearance regarding this definition when it comes to divorce and/or remarriage.

2. If the Forbearance Resolution passes, will congregations be forbidden to preach against same-sex marriages? Or if conferences begin credentialing pastors in same-sex relationships and marrying same-sex couples but some pastors refuse to do so, will they be subject to lawsuits?

The resolution implies that pastors should be allowed to freely express their convictions against same-sex marriage without negative consequences, providing they do so in a spirit of humility and obedience to scripture, rather than in a vindictive manner against specific individuals. We can’t predict how these issues might be handled in the courts, but we don’t sense that a congregation’s legal liabilities regarding same-sex marriage will turn on the adoption or failure to adopt the forbearance resolution.  Legal liability may vary by location, state to state, and could perhaps be affected on the federal level by the anticipated ruling of the U.S. Supreme Court or related legislation.

3. If the Forbearance Resolution passes, what would be the effect on congregations and conferences which have been labeled “at variance” due to decisions they previously made?   Or persons who are in a same sex relationship and have been granted a credential by a conference?  Would the credential be recognized by the denomination?

The answers to these questions may depend to some extent on the discussion that takes place in the Delegate Assembly at Kansas City. We may ask table groups at the assembly to give specific feedback to these or related questions. We will also seek the specific discernment of the Constituency Leaders Counsel (CLC). But barring counsel to the contrary from these processes, the Executive Board will continue to see congregations and conferences who approve same-sex marriage covenants as being “at variance.” And we will expect denominational staff to act in accordance with the stated denominational position.

4. It seems that if the Forbearance resolution passes, it will primarily require forbearance from conservatives who are pained to see the church’s traditional position weakened. In what way have progressives shown a willingness to forbear with conservatives?

Many progressive individuals and “inclusive” congregations feel pained by the Executive Board’s proposal to renew our commitment to the Membership Guidelines, which they view as sinfully discriminatory against LGBTQ members. For them, it requires grace, love and forbearance to be part of a denomination who does not freely accept their discernment to embrace LGBTQ individuals (whether single or in committed same-sex relationships) as full members of the body of Christ. Thus, we recognize that the path we are recommending will require various kinds of forbearance across our diverse church.

5. Why did the Executive Board see the need to write its own resolution after the CLC chose the Forbearance Resolution from among three resolutions regarding same-sex marriage that had been presented to them?

More than two years ago, the Executive Board stated its intent to review the Membership Guidelines with the Delegate Assembly. In the March 2015 meeting of the CLC, the Executive Board received general approval for the direction we were proposing, although we did not have the written resolution ready for CLC to consider. In our resolution, we attempted to address the polity questions which are being asked across the church, and to find a way to maintain the teaching position of the church while inviting us to hold the documents more lightly than we hold onto each other as members of the body of Christ.

6. What is the meaning of the following terms in the Membership Guidelines Resolution?

a. Teaching position – this term refers to what the church has said when addressing important theological, social or moral questions. These stances are generally articulated in documents officially adopted by the church, such as the Confession of Faith and the statements or resolutions adopted by the Delegate Assembly. Although there is some diversity of understanding or interpretation within our church on these theological or social stances, these statements provide guidance for the life and teaching of the church, including the work of the Executive Board.
b. Mutual accountability – this means that we provide opportunity for different parts of the church to give an account to each other of their differing perspectives/actions, or to “give and receive” counsel. We expect that mutual accountability will be exercised in a spirit of humility, with the expectation that each will learn from the other. Where any of us have “missed the mark,” we will repent and seek forgiveness of God and others as led by the Holy Spirit. (See Hebrews 13:17).
c. Forbearance – In a legal sense, forbearance means to refrain from exercising one’s legal rights, such as extending time for repayment of a financial obligation rather than enforcing an agreement. However, the Executive Board interprets forbearance in the broader and more Biblical sense of “exercising patient endurance” or “bearing with” brothers or sisters who offend us or with whom we disagree. That is the sense in which it is used in scripture to refer to God’s patience toward us. It is also named as one of the fruits of the Spirit in the life of the believer (Romans 2:4, Galatians 5:22, NIV. See also Ephesians 4:2 and Colossians 3:12-13).
d. CLC as “Elders” – This Biblical term refers to persons (often older) who, by virtue of their wisdom and ability to give Godly counsel, have been given a significant position of leadership in the church. The persons appointed by area conferences to serve on the CLC generally fit this definition, so the CLC becomes the closest thing to a spiritual “body of elders” within our denomination. In this way, they serve as spiritual advisors rather than administrators of the denomination, which is the role of the Executive Board. (See I Timothy 5:17 and I Peter 5:5). We recognize that in times of rapid social change, our focus on elders as church leaders causes many young adults to feel left out of the conversation. We must find authentic ways to hear their counsel as well.

Taken together, the two resolutions articulate the polarities of freedom and mutual accountability which help us live out our deeply-held convictions in a spirit of humility. Forbearance need not mean that our previous theological agreements are nullified nor that we will bless everything that local congregations and conferences decide to do.  The Executive Board did not intend to focus on enforcement, but to clarify our theological stance and polity. We also call the CLC (as a body of spiritual advisors) to speak more directly to the moral questions that we wrestle with as a church, rather than expecting the Executive Board, as an administrative body, to do so.

8. What does “conference to conference peer review” mean in the Resolution on Membership? Will all CLC participants (conference reps, agency reps and constituency groups) be part of it or just the conference reps?

What would such a review look like? Since this is a new process, it will have to be interpreted and worked out by the CLC. The CLC has been growing in its ability to address the difficult questions that arise in the midst of our diversity. We believe it can grow into a more deliberate discerning body, including more focused conference to conference conversation.

9. What is the purpose of delaying any changes in the Membership Guidelines for “the next four years”?  Is the Executive Board trying to establish a moratorium on dialogue in the church, or hoping to delay the inevitable?

The Executive Board is not trying to limit dialogue; the resolution itself urges “engagement in honest, transparent conversation about human sexuality, focusing on ways to live faithfully as disciples of Jesus Christ.” We believe that such conversations best take place in a spirit of humility and forbearance where a vote to change our theological stance is not at stake, particularly since many congregations need time to discuss the implications for their ongoing membership in area conferences and Mennonite Church USA. The four years are simply a way of giving time to determine what kind of fruit the Forbearance Resolution (if it passes) will yield across our church.

10. How is the Membership Guidelines Resolution different in essence from the Lower Deer Creek Resolution that the CLC did not find acceptable? Is this resolution undermining the CLC’s work?

As part of its process of vetting the resolutions that had been submitted, the Resolutions Committee invited the CLC to choose one from among three resolutions that had been submitted to them relating to same-sex marriage. They also invited the CLC to consider any element from the other resolutions that might be helpful. Therefore, the Executive Board resolution does incorporate in a modified way one of the elements of the Lower Deer Creek resolution, which was given some qualified support in the CLC’s discussion.  In addition, the feedback from comments submitted from table discussions at the CLC indicate that there is lively diversity in the CLC about that body’s role in decision-making or counsel-giving in the denomination. The CLC will surely engage in further work to define the process for discerning God’s chosen future for Mennonite Church USA.

11. What difference will it make if either or both of these resolutions – Forbearance and Membership Guidelines – pass or fail to pass?

12. Will delegates from congregations or area conferences who are planning to leave Mennonite Church USA (perhaps to join Evana or some other denomination) have voting privileges at this convention?

Any congregation or area conference has the rights to send voting delegates as long as they are full members of Mennonite Church USA. Some say they are reluctantly coming to the convention, wondering whether or not the broader church will show sufficient respect for their convictions that they can conscientiously stay affiliated with Mennonite Church USA. In any event, we encourage such delegates to fully engage in the discernment process, while being candid about any plans to leave the denomination, so that their table group can help them to decide how best to exercise their rights of voice and vote.

Click here for a printable version of the FAQ.