Home / Intercultural Transformation / Hope for the Future: What does inaction reveal about us?
Feb 10 2016

Hope for the Future: What does inaction reveal about us? 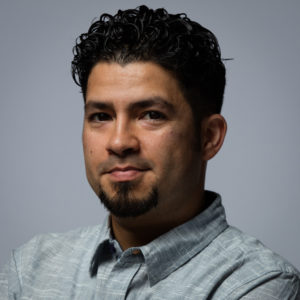 This is the second in a blog series from participants in Hope for the Future (HFF), a gathering of people of color serving in leadership positions across Mennonite Church USA. HFF gatherings began in 2012 and initially served to create space for mutual support among people of color in Mennonite Church USA institutions and agencies. In recent years there’s been an increased urgency to see change within our organizations — to see intentionality among our institutions to make space for people of color — culturally, interpersonally, systemically. In 2015, white leaders across the denomination were invited to the gathering as participants engaged in discussions around power. HFF 2016 focused on Human Resources: strategy, policy and best practices that together create interculturally  competent organizations.

Rafael Barahona currently resides in Goshen, Indiana, and has lived in a variety of places in the U.S. and Canada. He is a soccer fanatic, coffee lover and proud family man. Rafael is the owner of R3 Design, a business offering a wide array of services including graphic design, web design, logo design, branding and marketing.

I confess I didn’t really know what I was getting into.

I’m a small business owner with three wonderful and very energetic children under the age of five. Life is full and free time is at a premium. Nevertheless, when asked if I would attend the Hope for the Future conference in Virginia, I recognized that it was a unique opportunity and something I needed to do. Even so, I only managed to look through the conference docket as I sat on the tarmac waiting to depart for Newport News.

I felt a nervous anticipation as I reflected on what my role might be at this gathering.

For many years, I had wrestled with what it meant to be a person of color in the Mennonite Church.

I am a TCK – third culture kid, born in Canada to Chilean parents. When we moved from Canada to rural Indiana as I entered high school in the early 90s, I went through some significant culture shock. It was strange moving from a very diverse context, a big city that celebrated cultural differentiation, to a small town, where community looked so different to anything else I had known.

I was instantly an outsider, finding it hard to keep up with the teen talk about Hoosier hoops, Seattle grunge rock and agrarian adventures, when I could only contribute verbal snippets about hockey, hip-hop and preppie fashion. The Mennonite game, intended to bring people together and discover connection, to me was an obvious reminder that I did not belong.

For many years following the transition from Canada to the U.S., as I attended Bethany Christian High School and later Goshen College, I learned to navigate the youth conventions, potlucks, hymn sings and relief sales. I learned the theology of peace and value of community and eventually married a Mennonite woman.

I can now play the Mennonite game a little more easily, but more importantly, I have forged my own Mennonite identity separate of, but respectful to the rich ethnic heritage of my Swiss-German compatriots.

Like many transitions and transformations, there was a lot of doubt, questioning and pain before I could find a way forward.

After just a few interactions at Hope for the Future, I began to see similar strands in others’ stories as we weaved together an elaborate tapestry of the experience of people of color within the church. Every attendee had frustrations, fears and some even outright fury at the role that the body of Christ has played in the history of the U.S.

During one presentation by MCC Anti-Oppression Coordinator Ewuare Osayande, I was disgusted to learn the details of the church’s blatant oppressive and dehumanizing role that set the stage for the next half century of systematic racism, both in secular institutions and the church itself.

The Mennonite Church I have known has not been a body of faith that intentionally seeks to subjugate or disenfranchise people of color. On the contrary, I believe that significant strides have been made in identifying and beginning to dismantle the oppressive structures and attitudes that have dominated the history of our country. Hope for the Future has itself become a means to understand and address the vestiges of a morally corrupt system.

The Mennonite church has a role to play in our larger culture, as well as tackling the remnants of the destructive attitudes and expectations the Church has historically espoused.

Much of the conference was focused on race analysis and history of race relations in the Mennonite Church. As we neared the conclusion of the conference, we as a group attempted to come up with some proposals for tangible strategies, policies and best practices that could be implemented across Mennonite agencies and institutions.

A part of this discussion, my working group proposed the development of an internal or inter-agency department to be tasked with the oversight and management of intercultural competency development and anti-racism practices in Mennonite organizations. This department would encompass addressing intercultural issues in hiring, job descriptions, professional development and performance reviews.

Clearly, it is no small task to “generate” a department where none has existed. There are very real concerns regarding how to implement this, and in particular how to do so in consideration of finite resources. I do not at all mean to minimize this reality.

Let us also examine however, how our distribution of resources reflects our priorities as a body of believers.

We should absolutely continue to examine our history and consider the price we have paid as an institution that has been, as MLK put it, “an arch defender of the status quo.” But we also need to move beyond this historical and theological exercise.

Inaction does in fact reveal values.

If our inaction, or even sluggish forward momentum, continues, what does this say about how we view each member of the body of Christ? There are many voices that grow louder clamoring for action. It is important to consider these types of steps carefully, but it is possible to be simultaneously considerate and deliberate.

Hope is one of the most powerful forces and attributes of the human experience. At this conference I witnessed first-hand its spectrum. There were those that were deeply inspired and had internal fires rekindled while others grew in their frustration and disappointment with the Mennonite Church. My hope is that we as a body of believers, continue a trajectory that moves us further away from even needing this type of conference, and brings us closer to Jesus’ vision of a gospel for all people.