Hope for the New Year: The Power of God 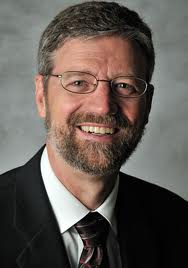 On the Sunday before Christmas, our congregation at Park View Mennonite sang, “Hope is a candle once lit by the prophets, never consumed though it burns through the years; dim in the daylight of power and privilege, when they are gone, hope will shine on.” (Sing The Story, p. 15)

Because I have been reflecting about the use of power, those words caught my attention. I confess that it seems like the hope conveyed by the prophetic words of scripture can seem quite dim these days, overshadowed by the power and privilege in our secular world. I confess that I heard the Magnificat of Mary, read aloud during the church service, as a comment on the political jockeying for power that is taking place during the run up to the primary election season.

The Bible readings for the Advent season, particularly the Magnificat of Mary (Luke 1:46-55), remind us that God can use even the weak and unknown of the world to bring about God’s good purpose for the world. As Pastor Phil Kniss reminded the congregation, it’s not that God hates power or those in powerful offices. In fact, God appreciates the need for power to carry out God’s purposes. That’s why God reaches out with particular care and compassion to those who do not have the power they need.

It’s quite common for pastors to feel powerless in our day. Many of us have watched our worship attendance shrink as people come more sporadically or drop out of church all together. We have despaired at the lack of young people who show interest.

Increasingly, we are feeling the effects of post-Christendom, which gives less support for organized religion. For the most part, modern media portray pastors with disdain, depicting us either as spineless, weak-kneed officiants at obligatory ceremonies or deceptive shepherds who fleece our flocks. Worst yet, as purveyors of hatred for those who disagree with us. Honest portrayals of faithful pastors are as rare as rain in the Sahara desert.

The Apostle Paul must have felt the same way at times. He wrote: “We have become the scum of the earth, the garbage of the world—right up to this moment” (1 Cor. 4:13).

The Advent season is a time to remember that we are heralds of an upside-down kingdom inaugurated by a Prince of Peace who was born in a stable to a woman with little power. Like the hoary prophets who predicted the coming of the Messiah in the backwater towns of Galilee, we too are called to proclaim the reign of God where it seems far from being evident. The power of our ministry depends on the alignment of our work with God’s mission in the world. Thus, our most powerful and effective action as pastors is to declare the reign of God who makes all things new. While our ministry may appear dim in the harsh light of secular power and privilege, we can be confident that the hope we proclaim will shine on, long after they are gone.