Home / Intercultural Transformation / Hope for the Future: The church I want to belong to
Feb 22 2017

Hope for the Future: The church I want to belong to 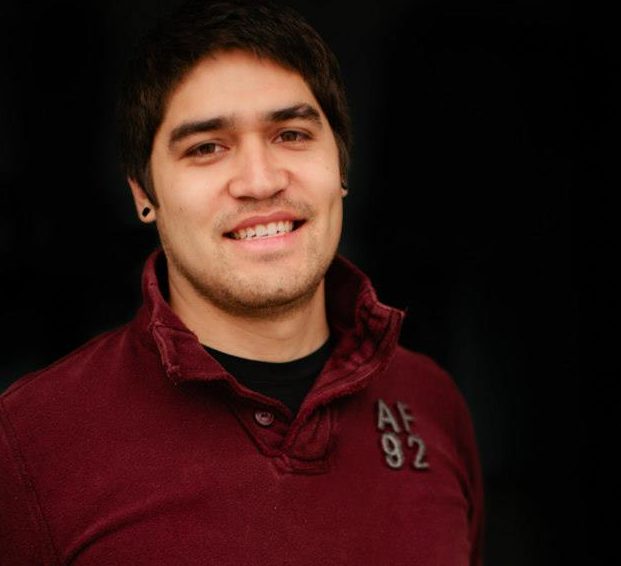 This is the second post in a blog series from participants in Hope for the Future (HFF), an annual gathering of people of color serving in leadership positions across Mennonite Church USA. HFF gatherings began in 2012 and initially served to create space for mutual support among people of color in Mennonite Church USA institutions and agencies. In recent years, white leaders across the denomination have been invited to participate.

Danilo Sanchez lives in Allentown, Pennsylvania with his wife and two daughters. There he serves as a part-time youth pastor with two Mennonite churches and works part time with Mennonite Central Committee as the Summer Service national coordinator. He studied at Eastern Mennonite Seminary (2013) and Eastern University (2010).

I’ve come to like Trevor Noah, a South African comedian who currently hosts “The Daily Show” on Comedy Central. In his stand-up special titled “African American,” he shares about growing up in South Africa during the Apartheid. Noah says that his mother was African and his father was Swiss, but since it was Apartheid, their marriage was a crime. So as a child of an interracial marriage, Noah was illegal in the eyes of the government. This made for a very confusing and difficult childhood. Noah joked about how his father had to walk on the other side of the street and wave to him, while his mom could hold his hand and walk with him. But if the police showed up, she would have to drop his hand, every time, and pretend he wasn’t hers. “No officer, I don’t know this boy. He’s not mine.” While this quick thinking helped to protect him, it must have been damaging to his identity; to be disowned at a moment’s notice.

I contrast that with the story of Ruby Sales, keynote speaker at the Hope for the Future conference.

In 1965, at the age of 17, Ruby was part of the march from Selma to Montgomery. Later that year she was arrested and jailed for six days for picketing a white-only store in Alabama. After being released, she and a few others went to purchase sodas at a nearby store. A disgruntled county deputy officer threatened her with a shotgun. One of Sales’ fellow marchers, Jonathan Daniels, a white seminarian, pushed her out of the way and took the shotgun blast meant for her, dying instantly.

I share these two stories because I came away from Hope for the Future with a greater sense of hurt and pain from people of color within Mennonite Church USA.

In the midst of our country’s social unrest, people of color within the Mennonite church have felt abandoned by our white brothers and sisters.

It was as if suddenly our brothers and sisters let go of our hands and said, “Sorry, they don’t belong to us, we don’t know them.” When I realize that a large percentage of our white Mennonite brothers and sisters voted for our current president, I begin to wonder what it means to be a peace church. I begin to wonder if white Mennonites care about people like us. We begin to wonder if the Mennonite church is where we belong. I heard several participants at the conference say, “I wasn’t born into the Mennonite church, I chose to be part of it; but right now I’m not so sure.” Many are feeling disowned. What happened to the days when our white allies, who were so committed to the flourishing of people of color, were willing to die alongside of us? In our conversation around the Black Lives Matter movement, one participant said, “My people are dying y’all!” Will Mennonite Church USA recognize that when black and brown people are dying in the streets, that it’s their people who are dying? We do not want to feel adopted or disowned by white Mennonites, but fully embraced. We need white Mennonites who are willing to risk their lives and stand up for people of color in this country.

During one of the morning devotionals we listened to Martin Luther King’s speech “Remaining Awake through a Revolution.” In the speech King recounts the cautionary tale of Rip Van Winkle who slept through a revolution. King poignantly says,

“One of the great liabilities of life is that all too many people find themselves living amid a great period of social change, and yet they fail to develop the new attitudes, the new mental responses, that the new situation demands. They end up sleeping through a revolution.”

King’s words rang true in 1968 during the Civil Rights movement and still speak truth today during the current presidential administration.

We would be foolish not to recognize the revolutionary times that we live in. Brothers and sisters, we need to stay awake during the revolution.

Many of my friends and colleagues have been fighting for the rights and for justice for people of color for a long time. Some chose not to come to this year’s gathering because they are burned out and tired of fighting. As a young leader of color I realize that it’s my time to join the struggle. I don’t want to sleep through a revolution. When my children are old enough to ask, “Dad where were you when it came time to stand for justice?” I don’t want to be ashamed of my answer.

Two questions that still linger from the conference:

How are we leading the next generation be aware of the revolution and stand for justice?

How will Mennonite Church USA be different from other white evangelical churches?

At the conference, in an effort to reclaim what it means to be a peace church, people of color said:

My hope for the future is that Mennonite Church USA would embrace this definition and reclaim what it means to be a peace church. If it is willing, then that’s the church I want to belong to.