Inside the Church of God (Tennessee) – Mennonite Church USA dialogue 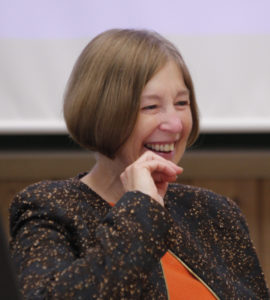 Gayle Gerber Koontz is professor emerita of Theology and Ethics at Anabaptist Mennonite Biblical Seminary (AMBS) where she taught for more than 30 years. She was part of the Mennonite Church USA-Evangelical Lutheran Church of America conversations from 2002-2004 and has been the Mennonite Church USA representation to U.S. Faith and Order interchurch theological work for the past five years. Gayle served with Mennonite Central Committee in the Philippines, with shorter service in Rwanda and Burundi, and has done seminary related teaching and learning in Guatemala and Ethiopia. She is married to Ted and they have three children and three grandchildren who delight them immensely.

After almost 14 years of Mennonite Church USA-Church of God informal relationships — including heads of each denomination visiting with each other and representatives attending each other’s national conferences and camp meetings — the first formal theological dialogue took place Oct. 16-18, 2016. Six representatives of the Church of God and six Mennonites (8 men and 4 women) joined a two-and-a-half day conversation in Cleveland, Tennessee.

Meeting “on the ground.”

Rather than meeting in a hotel or conference center midway between our denominational headquarters, the dialogue planners agreed that the Church of God would host the first meeting; Mennonites will reciprocate next year. This provided background for our dialogue, permitting us Mennonites to see the place where Church of God began to be organized and how it has developed over the years, to visit the headquarters of the church and Lee University grounds, to see various aspects of Church of God material culture, and to observe a congregation at worship. 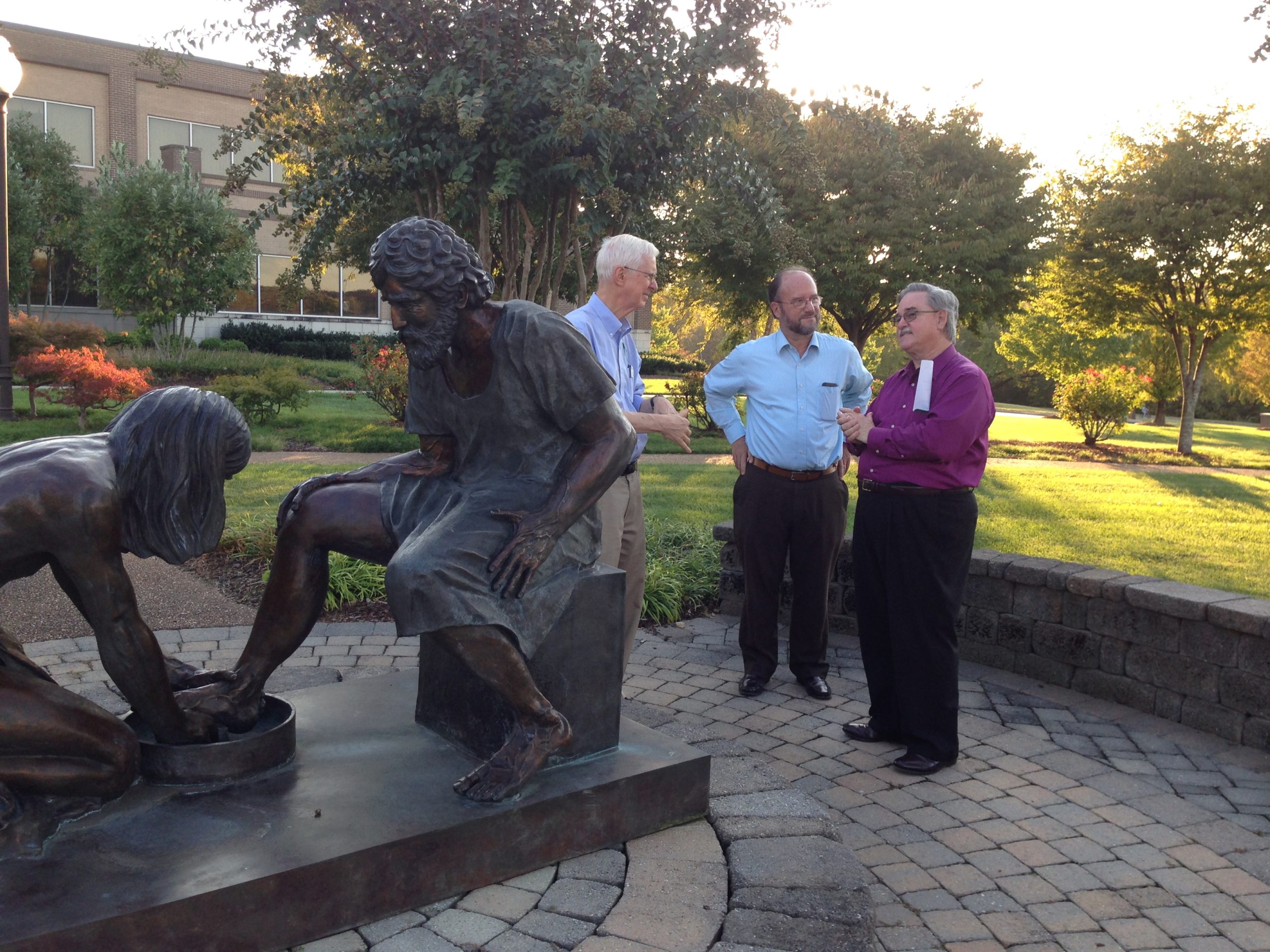 Sunday we attended a lively, loud, Pentecostal-style service in one of the oldest Church of God congregations. The church is next to the campus of Lee University in Cleveland, the denomination’s only university and seminary. The text was Joshua 24:15, “Choose this day whom you will serve … As for me and my house, we will serve the Lord” — repeated enough that I can still remember it! Mennonites led opening worship on Tuesday, giving gifts of the Anabaptist prayerbook, Take our moments and our days, to each Church of God participant and joining with them in the daily prayer. Some younger Church of God members are, as are some Mennonites, turning to classic sources of spirituality and our dialogue partners were grateful for our Scripture drenched prayer book.

We were fascinated by the picture of the Church of God as “Baptists swept into the holiness movement” that emerged during our time together, especially through the eyes of historian and interpreter David Roebuck. We were struck by the confluence of powerful visionary people in Tennessee who, “filled with the Spirit,” helped lead the church in its formative years.

A.J. Tomlinson, a phenomenal (though also somewhat controversial) early leader and missionary, believed that if you take the New Testament as the only guide, then that makes you the Church of God. The goal was to restore biblical prophecy, and the baptism of the Holy Spirit was seen as “supernatural empowerment for mission.” Spirit baptism for “telling the story” remains central to Church of God theology today. “When the Spirit falls, evangelism follows,” one participant said.

Tomlinson, a “nominal Quaker” from Indiana, helped bring “a group of associated congregations acting like Baptists into a centralized government,” Roebuck said. Given our own congregational polity, we were surprised to find an extensive Church of God hierarchical organization with Cleveland as the center for the “international church.” While visiting the church headquarters one member of our team leaned over and whispered, “This is like the Vatican for the Church of God!”

While the church is international in missionary focus and growth, it remains largely a white, male-dominated, southern group in character and leadership. The denomination’s university and seminary draw a majority of students from many different Pentecostal backgrounds. 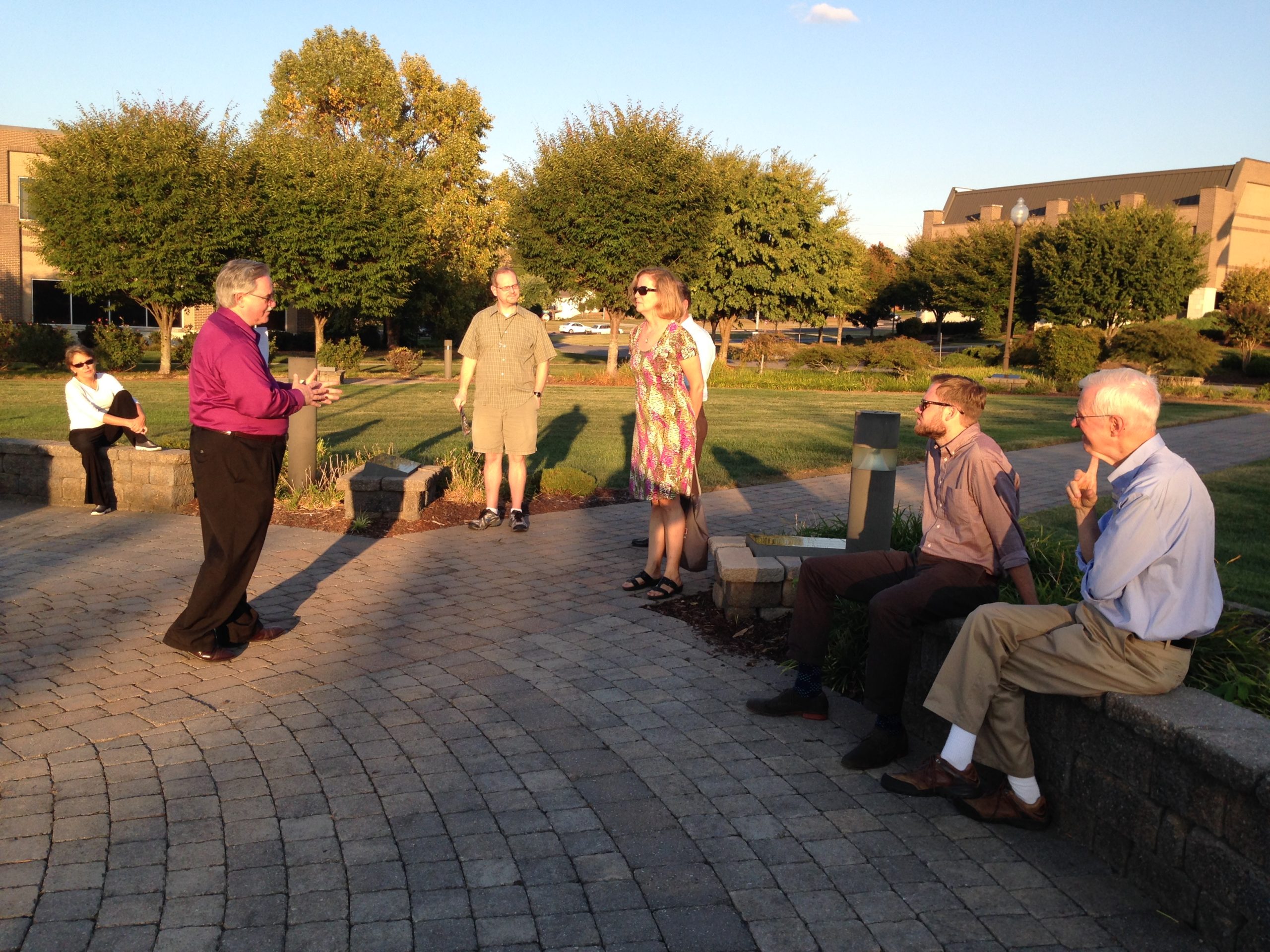 Finding points of connection and difference.

We found some surprising and not-so-surprising points of connection. One is relative lack of interest in formal theology and creedal formulations of faith. Another is a tendency to form splinter groups. Roebuck noted that there are 10 break-off groups in Cleveland, a form of “restoration gone amuck.” We, too, have similar stories.

Both of our traditions take Scripture seriously, both citing Joel where the Spirit falls even upon slaves, women and young people, but also admitting our failures in fully including women and people of color as partners in the church. The Church of God recently decided not to permit ordained women to serve as bishops. U.S. Mennonites did not begin ordaining women in significant numbers until the 1970s.

And both of us have histories of persecution for our faith. There are thousands of pages of court trials and testimonies from the early Church of God years when members were persecuted for their “come-out-ism” from other churches to the holiness movement. Members were beaten, shot at, and churches were burned.

The Church of God also has a “hidden” history of pacifism and peacemaking that sounds familiar. In early years a young man was pulled out of his home and beaten to death for his refusal to fight. And there is a story of a Church of God woman who was threatened at her home by “whitecaps” (a pre-KKK group). She tried to calm them down without success and finally said gently, “Take off your masks. I know who you are — my neighbors. Come in and eat with us.” This diffused the situation and they went in to eat.

There are striking differences too. Since World War II the Church of God has not seriously discussed the issues of pacifism or nonviolence. Denominational decisions are made by men. Worship styles are strongly influenced by the “liturgy of the rock concert.” Orthopathy (right feeling) is more prominent than orthopraxis (right praxis) as is common among ethically-focused Mennonites.

Pentecostal William Seymour’s phrase, “baptism of love,” when it means more than sentimental feelings, is an understanding of the Holy Spirit that both Pentecostals and Mennonites can embrace. “Baptism of power,” on the other hand, needs more conversation. How do we understand Jesus and power? What are the powerful gifts of the Spirit that each of us has received and shared? This, among other things, remains the stuff of ongoing dialogue.