John Lewis made me feel like the honored guest 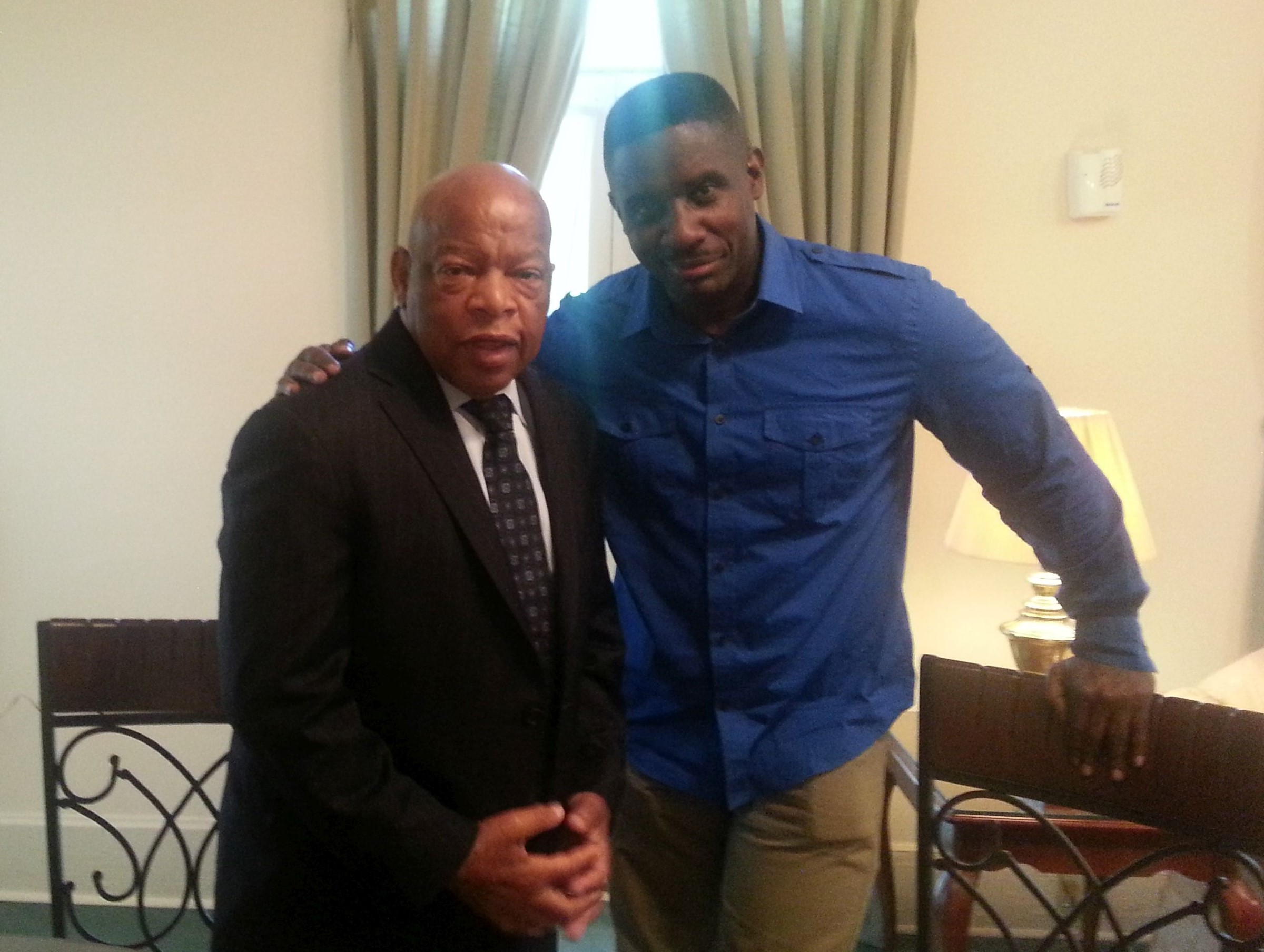 “Get in good trouble.”

Count me among those who will personally remember this encouraging phrase spoken by Congressman John Lewis, my brother.

After a battle with pancreatic cancer, Lewis, who at age 23 was getting into good trouble with Rev. Dr. Martin Luther King, Jr. and other civil rights leaders, went home to the Lord on July 17. He was 80.

Back in 2015 I was honored to interview Lewis for my talk radio show in Hampton, Virginia when he came to Hampton University as the commencement speaker. We recorded as we sat together in his guest quarters on the campus.

The interview was wide-ranging. From Lewis growing up poor in rural Alabama, to being inspired by Rosa Parks and King, to joining the Southern Freedom Movement, to serving in Congress. We talked about the ongoing battle against racial terror and police brutality against Black people. As Lewis recalled the impact the murder of Emmet Till had on him as a boy, I thought of the trauma the killing of Randolph Evans near my neighborhood had on me growing up.

The interview was a month after the killing of Freddie Gray at the hands of Baltimore police. Tensions were high then too across America. Lewis talked honestly about the role, challenges and shortcomings of Black politicians in fighting on behalf of Black people.

“We all must do more,” Lewis said. “Baltimore today, yesterday it’s Ferguson, tomorrow it will be some other place. It’s a wakeup call for Black leadership.”

How prophetic Lewis was then. America today wrestles yet again with why unarmed Black lives are too often taken at the hands of white police – Breonna Taylor in Louisville, George Floyd in Minneapolis and others.

“It is very painful to see that on one hand we have come such a distance,” Lewis said. “We’ve made progress, but on another hand, we slide backwards.”

He talked about the need for nonviolent direct-action workshops across the nation to teach young people how to wage a “nonviolent revolution.” He expressed great optimism in seeing Black and white young people, particularly high school and college students, out in the streets protesting. Out getting in good trouble like Lewis did when he was young.

I shared Lewis’ optimism then, and again recently, as part of a racially diverse crowd of nonviolent protestors gathered at National Harbor just outside of Washington, D.C. to march against racism and police brutality. I witnessed sincere white sisters and brothers who had the spirit of Andrew Goodman and Michael Schwerner; young men who believed so deeply in their shared humanity and equality with Black people that they willingly put their own white lives on the line.

It was a stark contrast to what can often be observed online, particularly on social media, as people post and click their activism from behind the comfort and anonymity of computer screens. One’s position on #BlackLivesMatter has become a litmus test for progressive and conservative street-cred, depending on your side of the political spectrum. Does supporting BLM essentially mean proclaiming, “Black lives matter too” or are you instead affirming allegiance to the activist organization Black Lives Matter Global Network and all its beliefs? Or is BLM just the latest cause célèbre to market, monetize and/or debate ad nauseam?

Most people of African descent in the United States and throughout the diaspora, view debating whether to state that “Black Lives Matter” as absurd and inherently racist. We’ve long known that our lives matter and have always mattered. We live it every day.

BLM is the modern iteration in the ongoing struggle for Black liberation, justice and equality. BLM is civil rights marchers holding signs proclaiming, “I Am A Man” and “Freedom Now.” BLM is “Black Power” and “Black is beautiful.”

I know Lewis would agree.

As we concluded the interview, Lewis said, “We must never ever give up. Our struggle is a struggle of a lifetime, and each generation must play a role and do its part.”

After turning off my recorder, I tried to leave to allow Lewis his privacy and to eat his lunch. He wouldn’t let me go so quickly. He invited me to stay and eat. Here I was honored to meet him, and he was treating me like the honored guest.

We talked for another 30 minutes about life. An ordained minister, Lewis shared that he delivered his first public sermon at age 15. He expressed his love of Jesus who had sustained him over the years.

My brother John Lewis told me to not worry when I get in “good trouble” because God would never leave me, nor forsake me.

The views and opinions expressed in this blog belong to the author.