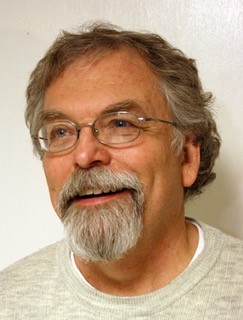 Love is a Verb in Fresno 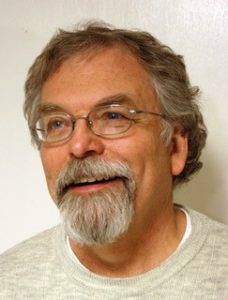 After 13 years of protest, meetings with City Council members, years of research and lots of prayer, the Fresno City Council passed breakthrough legislation that will guarantee fair, safe, affordable and decent housing for all of Fresno’s residents.

In 2003, 20 Fresno congregations (including Mennonite Community Church) came together to find ways to put love into action and create a safer and more just Fresno. They formed an organization, Faith In Community (FIC), which became their organizational base for “undoing the injustices” found in their city. They rented two buses and loaded them with Fresno dignitaries, social workers and ministers for a tour of some of the city’s most notorious housing. Those on the bus were shown dilapidated housing with holes in the walls, rats, mice, cockroaches, mildew, broken heaters and air conditioners and unsafe stairs with missing handrails and steps. It was apparent to all that Fresno had a significant problem.

In the 13 years that followed FIC expanded its base, reaching out across religious and racial lines, welcoming minorities, synagogues, mosques and other members to join them in this quest for justice. Members of FIC were invited to join Mayor Autry’s Blue Ribbon Commission which was mandated to find a solution to the housing problems in Fresno. Again in 2014, in Mayor Ashley Swearingen’s second term as mayor, FIC members played significant roles in the housing commission ad hoc committees which helped to finalize the elements that were eventually included in current May Lee Brand’s “Rental housing Improvement Act.” This landmark legislation authorized the city to begin interior inspections of rental properties across the city and put an end to slumlord housing in the city of Fresno. The City Council voted four to three to enact this legislation.

FIC and its partners in the quest to provide fair, safe, affordable and decent housing in Fresno celebrated this hard-fought effort to undo some of the injustice in their city. But they also immediately began to work at holding the city accountable for implementing the housing inspection plan. And they turned their attention to other major justice issues facing the city … racism, poverty, immigration, payday lenders, healthcare and more park space.

One thing that people of faith have realized is that the road to justice is slow and requires committed individuals and houses of faith in order to persevere.

Continued pressure on city, county, state and national governments is needed in order to undo injustice.

People of faith are beginning to understand the need for putting faith into action in all of our communities. Jesus’ mandate in Matthew 25 to care for the “least of these” in our communities is one of the strongest calls to love those around us by working together with those whose voices have been silenced. The Old Testament also speaks repeatedly of the need to care for the orphan, the stranger and the outcast … to seek shalom (peace, justice, harmony, community, salvation, well-being). In fact, this call to shalom is the primary thread that runs throughout the Old Testament. There are hundreds of references to shalom in every book. Islam and Judaism, the other major religions (along with Christianity) that also claim Abraham and Sarah as their founders, find similar mandates to care for the poor.

Why then is it so hard for us to do the work for justice that God calls us to? Have we become so hardened to the plight of those around us that we can no longer be compassionate others? Have we bought in to the political rhetoric of the right and the left that we no longer see things as right or wrong but rather as conservative or liberal?

Perhaps it is because it is hard to love the unlovely around us. Perhaps it is because it is easier to formulate doctrine instead, and then feel obligated to defend it to the death. Doctrine is also a handy way to exclude and exacerbate differences between us. Jesus’ command to love God with all our heart and our neighbor as well is not an easy task. But he said it was the greatest commandment. Love for the poor, the outcast, the stranger is required of us. Jesus never said anything about doctrine being a requirement.

We just need to remember that love is a verb, not a feeling. You don’t necessarily have to “feel” it. But you must do it. It is required if you are a follower of Jesus.

In Fresno, we have begun to recognize the importance of this requirement. And we are finding that God is with us as we work to be faithful to the God who loves us and all those around us.