Love is a Verb: Retiring to Peace 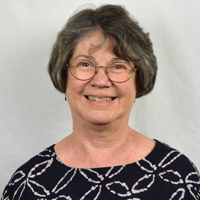 Candi Horton has spent the past 25 years starting and growing fair trade stores across the United States and Canada. She has lived in Sonoma, California since 1997 and is recently retired from being co-owner of Baksheesh, a fair trade gift retailer with stores in Sonoma and St. Helena, California. In her work with fair trade she has visited artisan groups in Bangladesh, India, Nepal, Ghana, Guatemala, Ecuador, Peru, Bolivia and Chile.

This year I spent almost four months volunteering at the National Campaign for a Peace Tax Fund (NCPTF) office in Washington D.C. This was a start to fulfilling two items on my bucket list: I wanted to spend a significant amount of time in the D.C. area and I wanted to see the Religious Peace Tax Fund Bill pass in my lifetime.

My introduction to NCPTF came in the early 90s. My Mennonite congregation studied the issue of paying for war through our federal taxes, struggled with how to be true to our call to peace yet also participate in supporting our country. One of the results of that study was to support the NCPTF financially as a congregation so that eventually we would all have a legal option for supporting our country while being true to our conscience. This time of group study and reflection stayed with me though the ensuing years. Retirement presented the precious gift of the extra time needed to help personally.

Part of my job at NCPTF was to clean out and organize files from the last 40 years. It was a fascinating task to delve

into that much organizational history — to see the ins and outs, triumphs and challenges, thoughtful statements and encouraging notes from supporters was truly an education. Those who have worked on passing the Bill over the decades have been passionate, articulate and steadfast. It was a privilege to meet them through the pages and pages I read.

Clayton Sutter was one of the advocates I had the pleasure of learning about through my work.

“From my teen years, I have strongly believed that as a Christian I could not take part in war or financially support the military. I deeply appreciated the draft law during World War II that allowed me to do alternate service.

From 1942 through 1946, I worked in soil and water conservation, then served as a mental hospital attendant and human guinea pig in an atypical pneumonia study.

However, I have no alternative to paying military taxes. If I withhold the military part of the payment, I create added collection expenses for the government, which gives me a feeling of tainted citizenship and the anxiety of disobeying the law. If I pay the military portion, I violate my conscience and carry the constant anguish of taking the easy but wrong way out. I am left with no good solution.

The Religious Freedom Peace Tax Fund Bill would recognize the sincerity of my faith and allow me to gladly pay 100 percent of the taxes due.”

Clayton died earlier this year without seeing the Bill pass. His sincere and simple statement of faith inspires me to pick up where he left off, and persevere, to move forward in small acts of justice which will bring peace.

Our military budget continues to be the largest of any country in the world. I long for the day when all my tax dollars can go to feed the hungry, clothe the naked and heal the sick instead of contributing to destruction worldwide.

I’m home in northern California now with Clayton’s words still echoing in my heart. I continue to volunteer from my office here as the coordinator for the Peace Tax Advocate program. It will take the consistent action of many to see this dream to the end. You are invited to join the cause.

The National Campaign for a Peace Tax Fund (NCPTF) is seeking a volunteer in each congressional district to communicate with their representative about the Peace Tax Fund Bill and urge for its passage. Time commitment is two to four hours a month. The NCPTF will provide you with resources, information and contacts for this work. To learn more go to www.peacetaxfund.org. To sign up, call 1-888-PEACE-TAX or email info@peacetaxfund.org.

The NCPTF works to pass legislation which would establish a fund in the Federal Treasury to receive the taxes of conscientious objectors. Money from this fund would be allocated annually to any non-military appropriation within the Federal Budget. This would provide a legal alternative for those who simply and sincerely cannot pay for war.