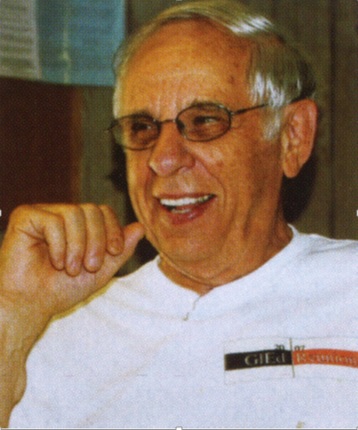 Love is a Verb: Do we still neighbor? 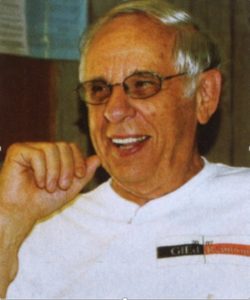 Edgar Stoesz grew up on a farm near Mountain Lake, Minnesota. After working for MCC 35 years, he is retired in Akron, Pennsylvania.  He has served on numerous boards and written several books, including Doing Good Better: How to be an Effective Board Member. A version of this story first appeared in the Atlantic Coast Conference “Currents” newsletter in July 2016.

Do we still neighbor, or has that become another casualty of urbanization and modernity? Our houses used to have open porches where people relaxed and neighbors conversed. Now, instead, we see more fences. Our garage doors open to permit entry, and then close behind us.

I do not want to put myself forward as the model. I do not know all my neighbors as I should, but I had an experience that I hope might inspire others:

I began to notice what seemed like a preponderance of young men in my neighborhood. No women or children—just young men, heavily tattooed, always smoking. They seemed mildly ill at ease. Drugs?

One day I saw them on the patio of the house next door, smoking, so I leaned over the fence to greet them. Once the silence had been broken, I learned that they were in an alcohol recovery program—12 packed into an old house!

As the conversation grew more relaxed, more came to participate. We exchanged first names. They were all from within 100 miles and at various stages of recovery from alcohol addiction. One use a term with which I was unfamiliar: “sobriety date.” I was intrigued. They went down the line telling me how many days it had been since their last alcoholic drink. Our conversation turned surprisingly friendly and personal. I admitted that while I did not have an alcohol problem, I had other addictions, so that put us on equal footing.

Wanting to close off the conversation, I said, “You guys are away from home. Detox must be tough.” They agreed. “You know,” I continued, “I go to the Akron Mennonite Church just up the street. Anybody interested in accompanying me sometime? I’ll stop by Sunday morning.”

To my surprise, Andrew responded. His clothing was a little substandard, and he reeked of smoke. But so what? I introduced him at church and it seemed to go well, and he was well received. I thought we might be on the verge of a new mission, right here in our own community.

Well, not really. In subsequent Sundays, I knocked on their door, but no answer—8:45 a.m. is an early hour, after all. And would they really be attracted to our rather staid service? Good try!

And yet, when I went to my garage, there they were.

Millennials, I had heard, are slow to come to church. “If you want to minister to them,” people say, “you need to go where they are.” It was Christmas time, so I boldly advanced the idea of a Christmas party. They loved it!

Now how was I going to rise to the occasion? I am not a party guy! I asked the leader, “Do they enjoy singing?” He replied, “Some would.”

Long story short, the agreed day came. At the appointed hour, there was a knock on the door. They filed in, all 12 of them, occupying every chair in my living room with a few lounging on the floor. We went around giving name, hometown, and sobriety date.

We were almost done when a person from my church came, as pre-arranged, with an assortment of cookies. While finishing up the cookies, here came our song leader with Christmas music. After singing one song, someone said, “Not bad! Any shut-ins in the neighborhood for whom we might sing?” So I replied, “Well, yes. I’ll see if it would be suitable.”

Like that we were on our feet. Single-file, we went to the apartment of my shut-in neighbor, positioned ourselves in her living room and sang maybe three songs. We left her crying tears of joy as we returned to my house, and the evening was soon over.

Now when they see me, my new neighbors stop what they are doing to greet me: “Hi, Edgar!” Edgar has become a household name.

All I did was rather than petitioning them out of the neighborhood, as I surely could have, I simply followed the injunction given by Jesus to love and serve my neighbor, and what a blessing it has been—for them and for me!