Luke Hartman: Diversity is not a choice, Part I

Luke A. Hartman is Vice President for Enrollment at Eastern Mennonite University (Harrisonburg, Va.), and a member of the Communities of Hope Team for Mennonite Church USA. In August 2012 he presented a paper at the Mennonite Higher Education Faculty Conference titled, Why ‘diversity’ is not a choice but a gift and responsibility of faithful living as Christians. His paper remains relevant for Mennonite institutions and congregations, especially as trainings on intercultural competency are happening across the country. Due to length, his paper will be presented as a three-part series. This is part one. Find part two here and also part three. 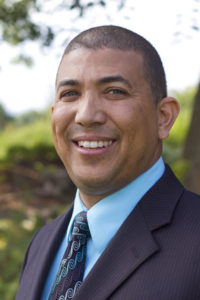 Many conversations that I am a part of as the Vice President for Enrollment at Eastern Mennonite University have budget implications. Questions arise such as:

All of these conversations are done in the name of perpetuating our overall mission, and creating a new type of individual, one who embodies the values of the Christian faith.

These are tough economic times.  Skyrocketing tuition has hit the mainstream media. Mennonite institutions are all clamoring over appropriate discount rates, attempting to make our institutions affordable while emphasizing the values-difference compared to our state school competitors.

Now the topic of diversity has moved from the periphery to a more central position within our strategic master plans. This is a time when some universities are asking the question, “How important is diversity?” Many of these universities then reduce the topic to: resources, political correctness, accreditation, and current politics in general.

It is at this time that I hear the Mennonite Education Agency saying boldly that the importance of diversity at our Mennonite institutions of higher education should not be determined by affordability or political determination but by a biblical mandate. “If you really fulfill the royal law according to the Scripture, ‘you shall love your neighbor as yourself,’ you do well; but if you show partiality, you commit sin, and are convicted by the law of transgressors.” (James 2:8-9). The bottom line is…..Diversity is not a choice!

It has been 15 years since Michigan State University and Virginia Tech both conducted a study where they surveyed their entire campus communities. Over 50% of faculty and staff and 38% of the student body responded to the survey.

In both studies, nearly all respondents suggested that diversity was good for their respective institutions and should be promoted. This would suggest that there was, and most likely still is, general and genuine support for the institutions commitment to a more diverse community.[1]

I am convinced after serving as a faculty member or administrator at 3 out of the 5 U.S. Mennonite institutions of higher education that Mennonite colleges and universities would arrive overwhelmingly at the very same conclusion: that diversity should be promoted. We are all for inclusivity and can even document this desire, however, in practice the question must be asked, “Are we actually doing what we say we support?”

In most of our college and university settings there continues to be a perpetuation of a colonial education model, where a dominant group educates a subordinate group from only the dominant world view.  The disconnect begins to appear when the very persons who are in agreement with the principles of diversity in practice are content to leave things as they are or begin to voice in a more passive way the discomfort with the demographic shifts (i.e., “not a good fit”, “this may lead to the lowering of our academic standards” or “faculty are not prepared for the underprepared student”).

James Anderson the chancellor of an Arkansas university says it like this, “Those who claim a perceived threat to institutional quality and reputation such as lowered standards, political correctness are only trying to generate anxieties that are misplaced and to maintain the status quo.”[2]

We all know that historically the original intentions of higher education were for the upper class. This assertion still informs the present social perception of who deserves advanced education. The perception is that some students just can’t cut it in college and if you admit too many of these students it could create an inferior product which would then be detrimental to the reputation of the institution.[3]

The essential question we face is, “How does a Mennonite college or university preserve a particular campus ethos, rooted in a historical Swiss-German ethnic Anabaptist narrative, while providing validity to multiple narratives which can enrich the entire campus community?” Is diversity synonymous with community? Does inclusivity prevent unity?

[2] James A. Anderson, Driving Change through Diversity and Globalization-Transformative Leadership in the Academy (Stylus Publishing, 2008).