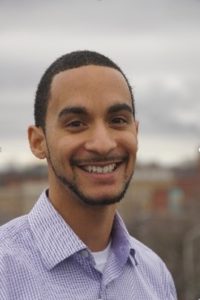 Ben Tapper has a bachelor’s degree in Political Science from Manchester University, a master’s degree in Public Affairs from Indiana University and is currently pursuing a Master of Divinity from Christian Theological Seminary. He serves as the faith formation coordinator for First Mennonite Church in Indianapolis, Indiana, and is actively involved in community engagement. Ben has a passion for issues of justice and liberation for oppressed people. Ben’s MennoTalk was categorized under the topic Race, Religion and Justice. 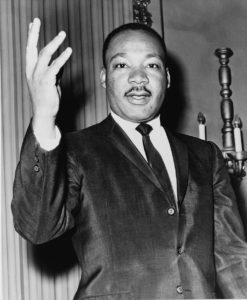 In the 1960s, Dr. Martin Luther King Jr. had a dream. In this dream, he envisioned a world in which his children would not be judged by the color of their skin, but by the content of their character. On most days I believe his dream is still a reality. But if I’m honest, I’m not always so sure. We live in a world that is as divided as ever on issues of race, sexual orientation, gender identity and politics, among other issues. There is a lot of division. Sometimes I ask myself “How do we make this dream a reality?” Everyone has their way of coping with the problems mentioned above, and for some, the solution is to claim they don’t see color.

The phrase, “I don’t see color,” usually comes up after an accusation of prejudice and roughly translates to, “I don’t see you as any different than me. You’re normal like I am.”

That sounds fine when taken at face value. But let’s take a minute to think about  what normal means in that context. Normal here translates to white and anything associated with whiteness.

The vast majority of the people in our movies, television shows and commercials are white. The people at our gyms, schools and restaurants are white. At our jobs, grocery stores and even our churches, the majority of people that we encounter are white. The truth is, the people that most Mennonites encounter on a daily basis don’t look like me. So when you say you see me as “normal,” you’re saying you see me as white. But since I’m not white, I will inevitably fail to live up to your expectations about how I should act or who I should be. And you will judge me even if it is subconsciously. Then we’re back at square one.

In addition, when you say you don’t see color, you’re saying you don’t see what makes me unique. You fail to see the value I bring. You become not only colorblind, but just blind.

The truth is, while you may have the privilege not to see color, some of us don’t.

It is well documented that, from New York to Los Angeles, police departments across the country discriminate against people of color at greater rates than their white counterparts. People of color are more likely than their white counterparts to be arrested, brutalized and even killed. The discrimination isn’t limited to the criminal justice system. Housing discrimination has been occurring for over 100 years in the United States. Whether buying or renting, people of color are more likely to have their rental or loan applications rejected. Not to mention the fact that there are people who openly claim to see color and use that as a pretext for their violence. Organizations like the Alt-Right, Neo-Nazis and the Ku Klux Klan have and continue to perpetuate violence against many because of our differences. Once again I say that while you may have the privilege to ignore color, the rest of us don’t because we live in a system that was built upon color. Our institutions see color. The Constitution of the United States had slavery written into it. When you put these pieces together, you realize that our system was never broken, it was designed this way.

Luckily we have a way forward. The prophets Micah and Amos spoke out against the economic injustice that was taking place in Israel and Judah. They spoke on God’s behalf against the economic and social oppression their people were facing. Then we have Jesus. When many people think of Jesus, they picture a white yogi from the suburbs, but that is not Jesus. The historical Jesus, however, was likely brown in complexion. His hair was more nappy than straight, and his nose more wide than narrow. In short, Jesus probably looked a lot more like Michael Brown than Donald Trump. He was poor. He was brown, maybe even black. He lived in a country that was colonized and he resisted that oppression. It was that resistance that got him killed. THAT Jesus should be the center of our faith and the center of the church. 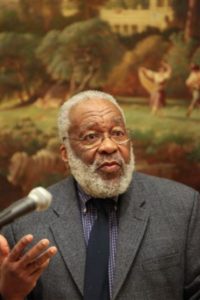 Vincent Harding.
photo by: On Being (Creative Commons Licensed)/On Being

In the 1960s, the Mennonite prophet Vincent Harding said, “Transformation begins with the fierce determination of the people to transform their reality.” So I ask you Mennonite Church USA, are you determined to change your reality by speaking into contexts of oppression and injustice like Malcolm X, Claudette Colvin, Vincent Harding and Dorothy Day? Will you challenge injustice and oppression?

To speak into a context of oppression, you have to know what you’re talking about. As of 2006 only eight percent of people in the Mennonite Church USA lived in urban areas, while 78 percent of people of color lived in urban areas. That means that the vast majority of people that are involved in Mennonite Church USA are not encountering people of color on a daily basis. If you’re not encountering situations of oppression, hearing the stories or talking to the people being oppressed, how are we going to speak into that context? We’re hanging out on Sunday mornings with our heads in the sand not realizing that there are voices missing. That has to change, so I created a random but simple acronym to guide us.

Engage with people that are different from you.

Listen to them. Hear their stories. Once you think you’ve heard them…

Reflect on all you’ve heard. While you’re in conversation with those whom are different,

Act to bring about change.

If we can follow ELLRA, we can begin to change the trajectory of our faith. We have to stop being colorblind. We must ask whose voices are missing within our congregations. Which perspectives aren’t being heard?

I believe the dream of Dr. Martin Luther King Jr. is still attainable, and I think the Mennonite Church still has a unique role to play in making this dream a reality. But first, we must stop being colorblind because you may have that privilege but the rest of us don’t.