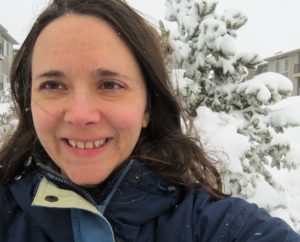 Sara Mwagura lives in Fargo, North Dakota with her husband and daughter. She is the director of Child Care at North Dakota State University and keeps searching out ways to empower young children on how to combat monsters, play really hard and live abundantly.

“There are no snakes in our house?” my three-year-old daughter asked for the fifth time, anxiously peering down over the bed.

“Nope!” I assured her, “Snakes are cold-blooded, so they can’t move when the weather is this cold. They just find one place to stay for the entire winter … plus, our apartment is high up off the ground and snakes would have a hard time climbing this high … plus, there aren’t really dangerous snakes here in this part of North Dakota.” She looked at me with worried eyes — the bright February sunlight was streaming through the window, but her dream of a big, black snake still seemed more of a reality than my knowledge on snake habits. Thirty degrees below zero keeps many creatures, dangerous and friendly, away from our region, but it doesn’t keep them from dreams.

Childhood is riddled with dreams and imaginary monsters that don’t follow the rules of reality.

I’ve come to appreciate the role of these monsters in giving children tools to know how to deal dangers that life will bring.

In fact, the etymology of the word monster goes back to the Latin word monstrum which referred to an omen or supernatural being with a warning from the gods and has root in the word monere which means “to warn.” Monsters appear in childhood dreams and stories to give us a chance to learn how to deal with danger before monsters much scarier and more dangerous will confront us at some point in life, hopefully much later than sooner.

Some of those real monsters will be clear and immediate, raging into a classroom with an AR-15 rifle taking precious, sacred lives. Some hide in the shadows of locker rooms, demanding secrecy and shame. Some monsters are far away in another part of the world — a factory enslaving its workers, a war ravaging someone’s beloved homeland, mass kidnappings — but the ripple effects come to haunt us and bring to light our involvement in their creation. Some monsters are so near to us we do not even realize they are embedded in our very beings.  Some monsters are even begot by love.

The Mennonite church that I grew up in did not make much mention of Lent or other liturgical seasons. But as an adult I’ve become more aware of the value of observing them — a cyclical discipline.

Lent is a time created by the Christian church to remember and seek out our sins — the monsters within. 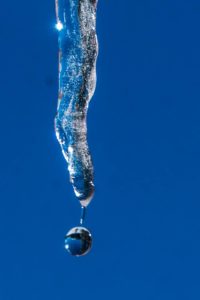 Advent comes at the darkest time of the year, yet the winter is sparkling with beauty and mystery. It seems that it is a time to look for Light in the midst of universal monsters — war, poverty and systemic injustices — awaiting salvation from Christ and a hope for a better world. But Lent in North Dakota comes at a time when winter seems unending and bitter — the very air we breathe stings exposed skin like a sharp razor’s blade. It is a winter as deep as the monsters no one wants to talk about — monsters that seem as unlikely as a snake in a North Dakotan snow drift. Lent calls us to look within, to remember that we are a part of the monster that haunts us.

As the Lenten days slip by, signs of melting and warmth appear; dripping icicles and longer hours of light remind us of a hope of warmer days. As we enter into Holy week, hope of redemption also draws nearer as the story of Jesus’ cruel death exposes the monsters of humankind. Then the story of a glorious resurrection demonstrates the power of God over those the evil. This is a power we have access to each day … and dealing with monsters is a daily task. Grace is immediate but it can also be a process to rid the world and ourselves of our sins. It may be only a drip at a time but we can work our way to peace in the world, with each other, and peace within.