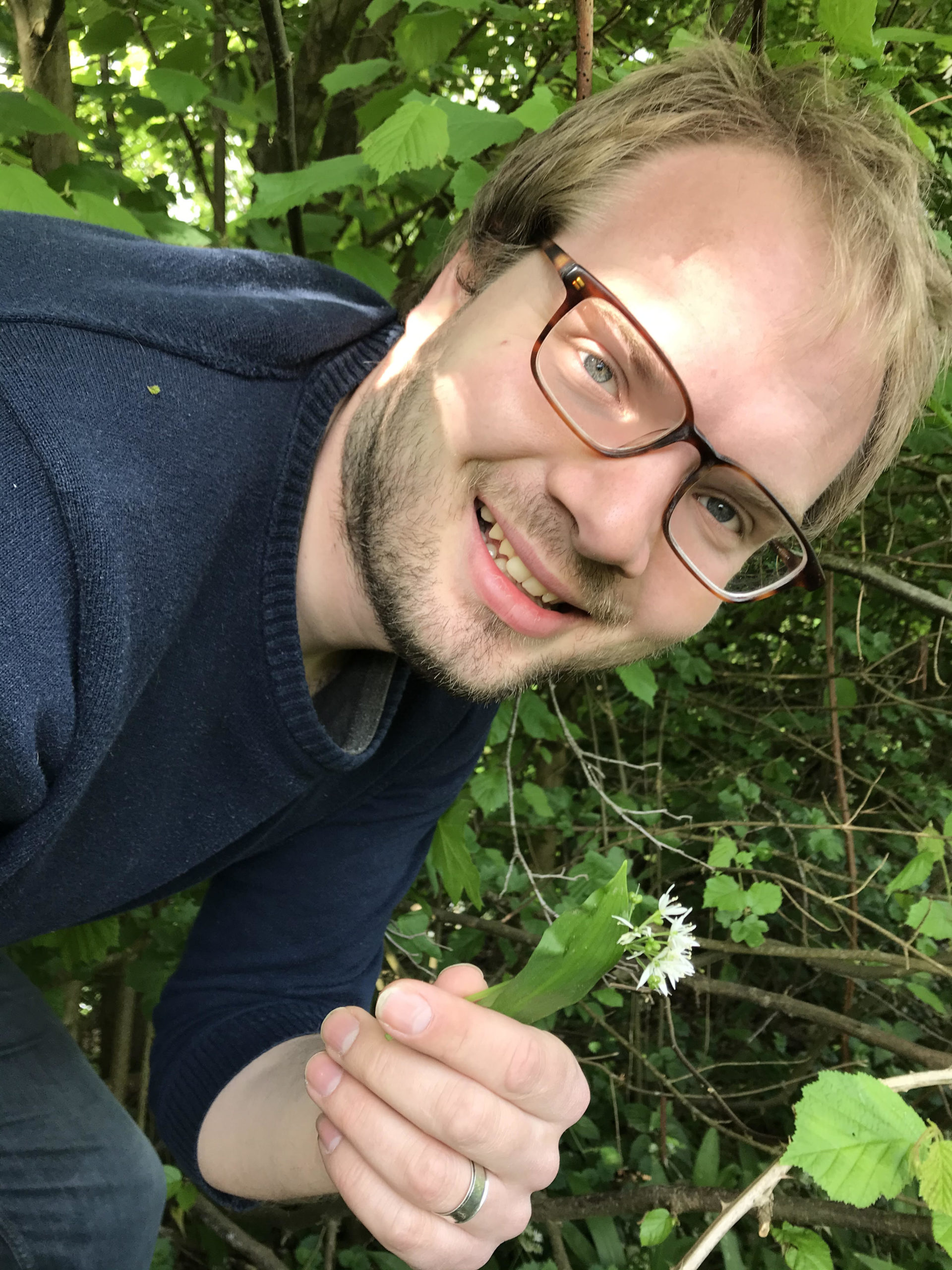 David Lapp-Jost lives in Bammental, Germany, where he works with the German Mennonite Peace Committee and his wife Sophie pastors the local Mennonite church. David and Sophie are also Mennonite Mission Network workers, now for two and a half years.

In day-to-day life, I do not have to deal with consequences of militarism and war, but I do try to live in awareness of history and work toward peace. My most direct anti-militarism work is supporting a human rights team on the Greek island of Lesbos. Lesbos is the site of a cruel refugee crisis in which migrants seeking European asylum are incarcerated in inhumane conditions. My employer, the German Mennonite Peace Committee, supports a team of four volunteers called “Aegean Migrant Solidarity (AMS).”

The team advocates for migrants and helps them organize. Much of this work is social work. The team also documents police violence, coast guard abuse of migrants and abuse by the courts. It is dangerous and team members have been harassed, brutally attacked physically and threatened, but make a real difference. I help in very small ways with fundraising and publicity, and am glad to be able to.

Environmental work is also an important part of my role. Resource and climate change-related scarcity and resource loss drive many conflicts. Far more, including most recent U.S. wars, have roots in groups that have vast financial and human resource bases in fossil fuel industries.

For me, working toward sustainability takes many forms. I work to promote alternative energy and energy efficiency projects, encouraging households and organizations to implement solar and encouraging investment in solar cooperatives. This is some of my most satisfying work. If you are interested in developing a solar project or investing in one, send me an email! Another priority is supporting Indigenous groups that protect the environment and stop fossil fuel projects.

I write about energy issues, air pollution and environmental racism. Did you know that most areas with high Mennonite populations in the U.S. – Lancaster, Goshen/Elkhart, Fresno – are among the most air polluted urban areas in the U.S.? Unfortunately, air pollution overwhelmingly affects already vulnerable lower-income and non-white communities. I think Mennonites have exciting opportunities to help relieve that crisis.

It´s important to oppose militarism but also the conditions that create it.

I personally know few militaristic people. And yet, I see ideologies we casually accept fueling these ideologies. Our media, society and both U.S. political parties extoll the virtues of the military and police, and wage never-ending wars on vulnerable people, globally and domestically. And our capitalist model is also destroying the global environment while enriching U.S. Americans.

What does it mean that $1-$2 million retirement targets that many middle class people in the U.S.  build towards – including so many Mennonites – are often one hundred or more times the worth of median African American households? What shall we do when environmental destruction abroad is so integrally built into the North American middle-class way of life — our default? I’m concerned that the world we are leaving to coming generations will be prone to conflicts and to border walls that keep out the poor as ecological and political systems collapse. We may not actually recognize the cold, hard outlook of those who come after us in the cruel world that is emerging.

Ultimately, I want to nurture different models and encourage others who do the same. I try to support social workers, educators, fellow peace workers, Christian service workers, health care workers and sustainable organizing. Part of my work is teaching German to refugees, and I try to make others aware of refugee experiences of war. I live in a beautiful intentional community where we work towards right living and social justice along with a vibrant Christian life.

Solidarity is at the core of Christian faith.

We are not a besieged community that fights. Rather than keeping us out or simply condemning, God came to earth as one of us and lived and died in witness to us. We are not supposed to be preoccupied with accumulation – the impulse at the heart of our economic system. We should trust God and others to care for us, and be preoccupied with sharing. We are not supposed to bend the natural world to our will for our pleasures, but rather cherish and respect what God has made. I think living these values precludes militarism, and also prevents the social changes that lead to it.