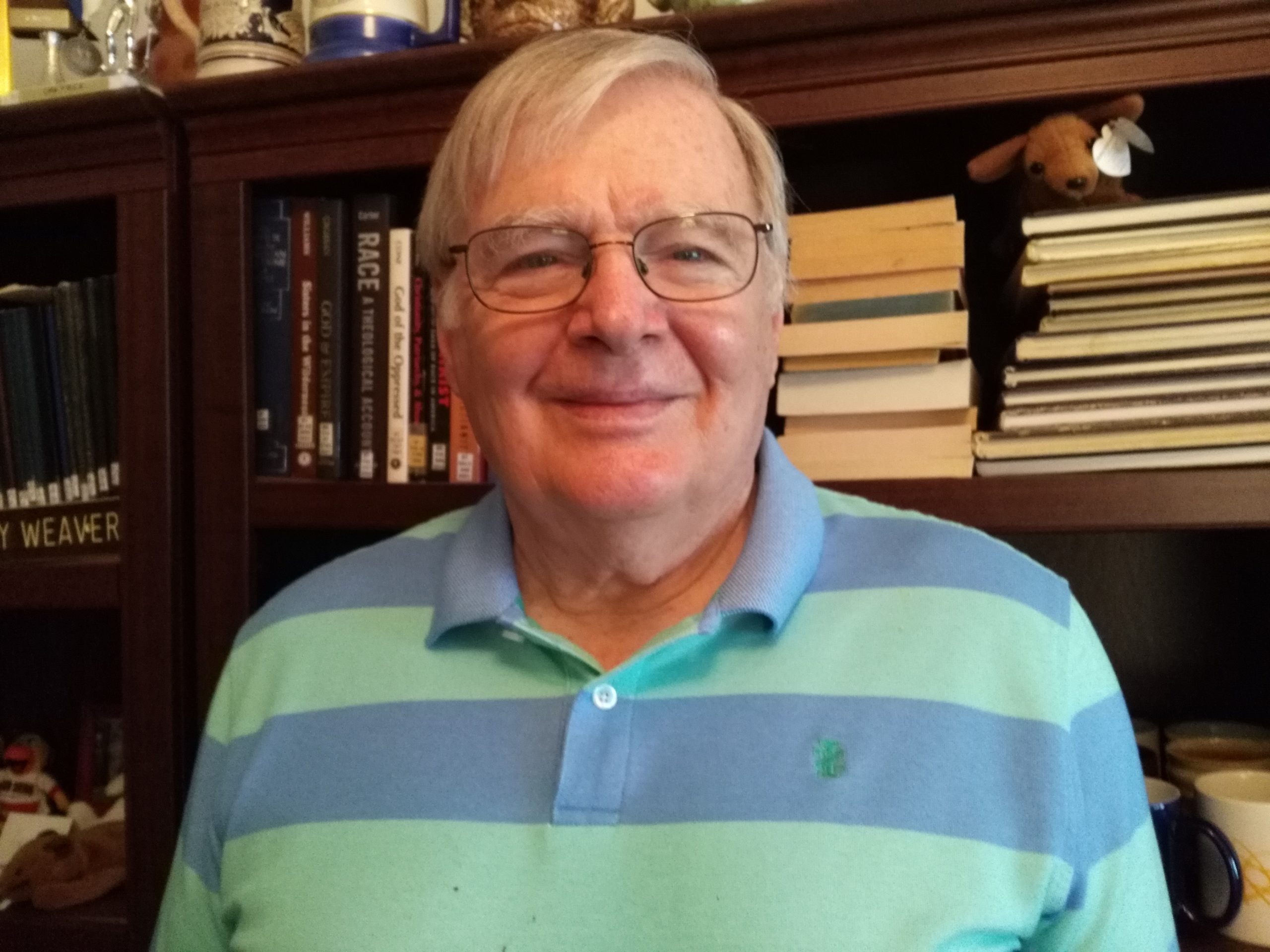 J. Denny Weaver is professor emeritus of Religion of Bluffton (Ohio) University where he taught in the Religion Department for thirty-one years. His recent publications are God without Violence, second edition (Cascade Books, 2020) which has a new chapter on nonviolent activism, and additions on Black theology and the Doctrine of Discovery; and Nonviolent Word, co-authored with Gerald J. Mast (Pickwick Publications, 2020) which has chapters on how and why white churches should listen to Black churches and on nonviolent activism. He is a member of Madison (Wisconsin) Mennonite Church.

The mission of Jesus was to make present the reign of God in the world. When we commit ourselves to live within his life as portrayed in the New Testament, we continue that mission. In a world that does not yet recognize the reign of God, that witness can be confrontational and controversial, as Jesus’ life makes clear. Jesus’ confrontation of the powers of evil cost him his life, but the resurrection validated his life as the presence of the reign of God.

Consider the story of healing the withered hand in Luke 6:6-11. Jesus requested that the man come and stand by him. Only when all eyes were on him did Jesus say, “Stretch out your hand.” This healing testified to the fact that the reign of God stood for restoration and healing in the context of rules that banned such action on the Sabbath. That this act was a deliberate defiance of the Sabbath rule is evident from Luke 13:14, in which the synagogue leader complains that Jesus should confine such actions to six days of the week and avoid the Sabbath.

Perhaps Jesus’ most controversial public witness was the cleansing of the temple. Without resolving the debate about precisely what evil he was protesting, we do know that he engaged in what today would be called civil disobedience. He chased animals and tipped over the tables of money changers and proclaimed loudly that what should be a place of prayer had been converted into a “den of robbers” (Matthew 21:13). Some observers have used the “whip of cords” (John 2:15) to claim that Jesus’ act justifies the use of violence. However, there is no indication anywhere that Jesus injured anyone. Rather, whips make noise and are used to herd animals.

When looked at in the sequence of  public demonstrations throughout Jesus’ life — announcing a mission with clear social dimensions, Sabbath healings, forgiving sins which bypassed temple practice, raising the status of despised Samaritans, raising the status of women, learning from the Syrophoenician woman, and more — it is evident that the cleansing of the temple is another incident in that trajectory.

The killing of George Floyd by police in Minneapolis precipitated protests across the length and breadth of our nation. The killing of Rayshard Brooks a few days later underscored the reality of police violence against Black people and people of color. These names joined a long list of such victims. Many Mennonites have joined these protests, and it is entirely appropriate that MC USA support them.

Historically, Mennonites have been reluctant to engage in public confrontation. Many of us are learning, however, that silence supports an unjust status quo, such as the systemic racism that infuses our society. Systemic racism foists people of color into poverty, which extends to the proportion of people of color who are COVID-19 victims, and much more.

As a peace church, we are called to challenge these many levels of injustice in as many ways as our imaginations can fathom — walking, writing, speaking, cleaning up, advocating, organizing, and more. With such actions, we continue Jesus’ mission of witness to the presence of the reign of God.

Particularly in the first days of the nation-wide demonstrations, in some cities they devolved into manifestations of riot and property destruction. Rather than merely condemning such acts, we should recall the words of Martin Luther King, Jr., who said, “riot is the language of the unheard.” These riots reflect the decades-long unwillingness of white America to acknowledge the systemic racism that continues into the present. Our approach to such violent manifestations should be to use our statements and protests to make clear what the peace-and-justice-loving, all-people-loving kingdom of God should look like on earth.

Advocating for our participation in these protests also poses a significant temptation. That temptation is to assume that the problem is out there in American society, and that we are firmly on the side of peace and justice. However, we need to acknowledge our own complicity with the racism and white privilege and white superiority “out there.” Like other white people, Mennonites settled on land that had been “cleansed” of First Nations peoples on the basis of the Doctrine of Discovery. Mennonites are still a predominantly white denomination, and those of us who are white have participated in the systemic racism and white privilege of our society.

While we participate in the protests happening in our society, these actions also call us to examine our own past and current assumptions and practices. In this examination, we white Mennonites should listen to and follow the lead of our brothers and sisters of color as we all seek to extend the mission of Jesus to witness to the reign of God in the world today.