Home / Menno Snapshots / Our church must take action: We are not beyond the hate
May 16 2022

Our church must take action: We are not beyond the hate 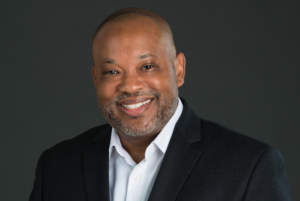 Glen Guyton serves as the executive director for Mennonite Church USA. He has more than a quarter century of experience serving in the denomination at various levels. He has authored two books, “IDEAL ME: Discovering Your Call in a Cluttered World” and “Reawakened: How Your Congregation Can Spark Lasting Change.” Guyton holds a Bachelor of Science in Management from the United States Air Force Academy and a Master of Education from Regent University. A father of two adult children, he currently resides in San Antonio, Texas, with his wife.

I lament this weekend of violence. I watched the news with horror and great sadness about what was happening in our nation.

These expressions of violence and hatred are senseless and far too common in our country. Mass shootings and hate crimes have increased significantly in recent years. In 2022, there have been over 200 mass shootings in the U.S. in the first 19 weeks of the year. Likewise, hate crimes — particularly against people of color, as in Buffalo —  are also on the rise, according to reports from the Department of Justice.

The FBI defines a hate crime as a “criminal offense against a person or property motivated in whole or in part by an offender’s bias against a race, religion, disability, sexual orientation, ethnicity, gender or gender identity.” So how should our church respond? Are our thoughts and prayers enough to bring healing to our troubled communities? What is our responsibility as the Body of Christ?

Our vision statement says, “God calls us to be followers of Jesus Christ and, by the power of the Holy Spirit, to grow as communities of grace, joy, and peace, so that God’s healing and hope flow through us to the world.” Do we still believe in that mission, or have our eyes been darkened, drawn elsewhere?

There is so much anxiety about our pending delegate assembly and the impact various “divisive” resolutions will have on the future of Mennonite Church USA. I would challenge all of us to consider that the greatest impact on our future will be if we fail to be relevant to a world that needs the Good News. Our Renewed Commitments remind us of the importance of witnessing to God’s peace: “We are called to extend God’s holistic peace, proclaiming Christ’s redemption for the world with our lives. Through Christ, God frees the world from sin and offers reconciliation. We bear witness to this gift of peace by rejecting violence and resisting injustice in all forms, and in all places.”

I know that our church is not immune from the same hatred and rhetoric that may have inspired some of this weekend’s violence. It bothers me even to consider that those elements may be creeping into some corners of our historic peace church.

Yet, here is a small sample of messages I have received:

“Hi Glen, Here’s a helpful hint: Take your antiracism glossary and stick it where the sun don’t shine. Then get off your ass and do some productive work instead of demanding that somebody give you something.”

“My advice: Watch your back, Brother! The very reasons you made a good politically correct candidate (African American, ex-military, not a heritage Mennonite) are exactly the points at which you are most vulnerable to attack, even by those back-slapping liberals who are now celebrating your appointment.”

“I love my church, but when I am called a raciest [sic], white nationalist, homophob by people who are gay, transgender, support Black lives matter, support defending [sic] police, liberal courts, you are backing an [sic] promoting programs that only hurt the poor the most. Can’t you see this?”

My thoughts and prayers go out to those who have suffered harm through violence this past weekend. I especially pray for God’s grace for the families who lost loved ones.

My thoughts and prayers go out to those wrestling with change and their place in the world.

My thoughts and prayers go out to our leaders as they seek to respond to hatred and violence in their local communities.

Mennonite Church USA has provided resources to encourage our congregations not only to pray but to join in God’s activity in the world as well. Check out our peacebuilding resources.  Despite some opposition, our leadership is committed to equipping leaders and engaging in the intentional work of peacebuilding and supporting peacemakers.

“Blessed are those who mourn, for they will be comforted.” Matthew 5:4 NSRVUE

“Blessed are the peacemakers, for they will be called children of God.” Matthew 5:9 NSRVUE