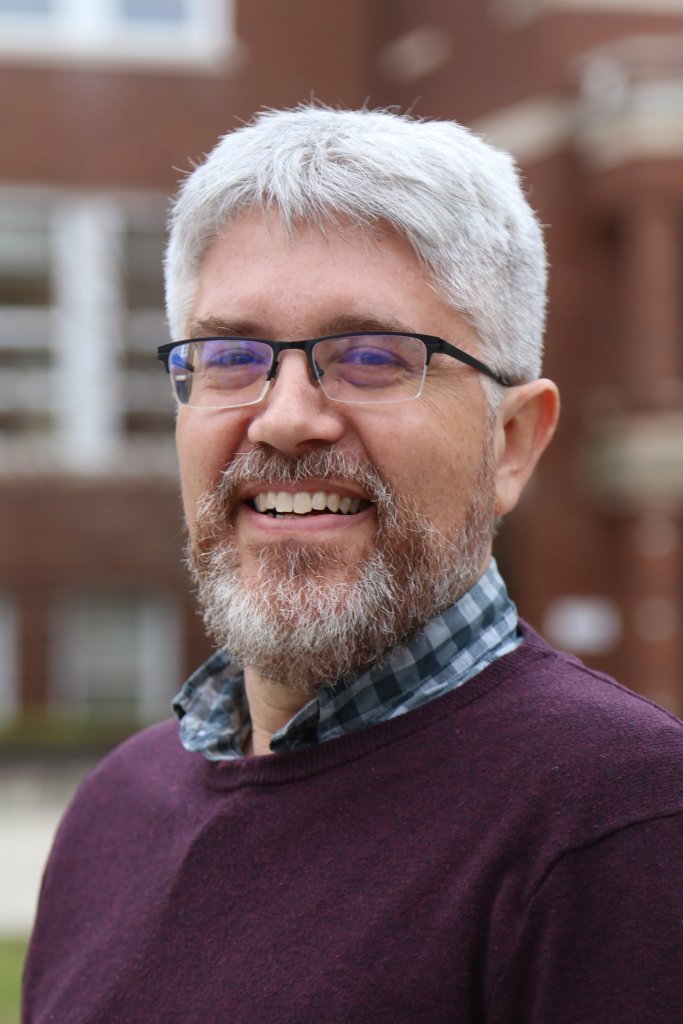 Douglas Kaufman is the director of pastoral ecology at the Center for Sustainable Climate Solutions, a partnership of Goshen College, Mennonite Central Committee and Eastern Mennonite University, and pastor of Benton Mennonite Church, Goshen, Indiana. He is a biker-rider, as well as a climate activist, most recently joining the climate ride in visiting his senators’ offices in Washington, DC.

The more I have become involved in climate activism and concerned about climate justice, the more I have learned that this idea is upside down.

Why is this? The reasons are complex. There are cultural, global and economic factors at work. Because of structural racism, there is a strong link between poverty and race and environmental problems.

Climate injustice comes, because people who are impoverished often do not have the resources to emit much carbon. And yet, they often suffer the worse consequences and have the least say in responding to climate injustice.

Hurricanes are some of the most destructive of natural disasters. When evacuation orders are given, what options do people experiencing poverty have? Evacuating a community is costly. What do you do if have no car, and you can’t afford transportation to leave? And once in your new location, how do you afford a place to stay?

In addition, people with low incomes and people of color are more like to live near environmental hazards, such as coal plants and other polluting industries. They even have higher levels of toxins in their bodies.

This is one of the reasons that, in his encyclical on the environment, Laudato Si’, Pope Francis connects poverty and environmental degradation. He wrote: “We are faced not with two separate crises, one environmental and the other social, but rather with one complex crisis which is both social and environmental. Strategies for a solution demand an integrated approach to combating poverty, restoring dignity to the excluded, at the same time protecting nature” (139).

“I looked—
I saw no one. Nothing!
All the birds had flown away.
I looked—
the fertile land was desert.
All its towns laid waste before YHWH,
before God’s fierce wrath.” (The Inclusive Bible)

God’s judgment against the Egyptian empire’s race-based enslavement was the ten plagues. They are essentially one natural disaster after another, including a pandemic! Sometimes the plagues wreaked havoc without discrimination between peoples and more-than-human creatures, and sometimes they targeted the oppressors.

In contrast, the most extreme impacts of many natural disasters today focus on the most vulnerable.

And perversely, FEMA assistance often does less to help people with low incomes than others. Those who experience poverty have more trouble qualifying for loans and cost benefit analyses  benefitting those seeking more expensive homes.

What good news is there amid these disasters? First and foremost, God has a special concern for people experiencing poverty and the people who are most vulnerable. This concern is seen in the environmental activism of Rev. Mariama White-Hammond of the African Methodist Episcopal Church in Boston.

Secondly, churches can be places to organize and bring together the people who are most affected by climate disasters. Christy Miller Hesed worked with African American landowners in the Chesapeake Bay area whose properties were being engulfed by rising tides. They met in local churches to engage concerns, share information and learn about resources.

Thirdly, churches can advocate for those who are impoverished and marginalized. The most critical way to move towards climate justice is to end greenhouse gas emissions. But because so much global warming is already happening and will continue to happen, justice means assisting the most vulnerable in building resilient communities. Because of structural racism and related classism, federal programs should focus on assisting people with low incomes and people of color.

Finally, Mennonite Disaster Service, and similar programs, help those who are most vulnerable after these natural disasters. Their work becomes more critical and necessary as the changing climate brings more natural disasters with it. But we cannot lose sight of doing as much as we can to prevent these disastrous situations in the first place.