The power and privilege in our midst 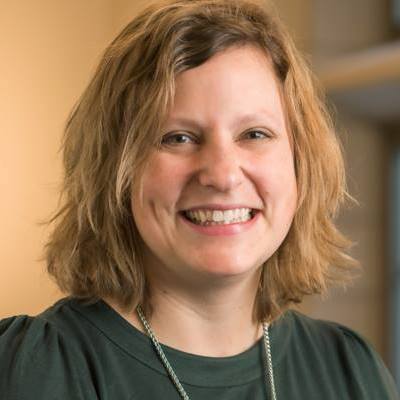 Hannah Heinzekehr is the Communications Program Director at the Kroc Institute for International Peace Studies at the University of Notre Dame. She attends Berkey Avenue Mennonite Fellowship in Goshen, Indiana.

I’m sitting down to write this blog post in the midst of a moment in time where racism’s deadly consequences are on full display. In the last two months, murders of Black people by the police have led to renewed calls for racial justice and we’re in the midst of a pandemic that is exposing the systemic ways racism affects public health (a recent New York Times article found that Black and Latino people in the United States are three times as likely to become infected with COVID-19 as their white neighbors, and nearly twice as likely to die).

In this time when those of us who are white must reckon with our complicity in racist systems, I’ve found myself thinking back to my senior year of college at Bluffton University, when I attended a Damascus Road anti-racism training for the first time. As a young, middle class, cisgender white woman, I came into that space at the beginning of a (still ongoing) journey of moving from understanding racism as an adjective to describe people who were openly discriminatory towards people of color to understanding it as a system of power and privilege that I was intimately entangled in and benefitted from.

What I remember most about that training is one of my white classmates who simply could not get past feeling offended by the entire training. “But I’m not racist,” he would say over and over. “I’m colorblind. It makes no difference to me what the color of people’s skin is. Race is a construct. We’re giving it power by even talking about it. Our college believes in inclusivity!”

The idea that racism involved not just personal choices and beliefs, but the combination of power and privilege that all white people benefit from, was not sinking in for him. Our trainers and many of the professors in the room did a good job of reigning him back in, over and over, but painfully, on the final day of our training, many of the students of color didn’t return. We had not managed to create a new space of possibility, but had rather mimicked and even exacerbated the already existing racial tensions found elsewhere on campus and in our communities.

While I remember feeling wildly uncomfortable with many of my classmates’ statements, and the ways they clearly made students of color feel unsafe and shocked, I also remember sitting silently, paralyzed and afraid of speaking up or saying anything to contradict him. What if I got it wrong? What if I inadvertently said something even more offensive?

I think back to that training a lot. I often wonder (and hope) that the Hannah of today might have spoken up to trouble the narrative put forth by my fellow white student or been more aware of her own power as a white student leader on campus with access to hierarchical, relational, and influential power in that space.

But this is not really a rhetorical thought experiment. Those of us who are white are likely faced with conversations and situations like this where we have a choice about how to speak up about systemic racism in our families, our communities, and yes, in our churches and church institutions.

Throughout the history of white Anabaptist theology, there has been an emphasis on communal discernment as a hallmark of Anabaptist-Mennonite modes of decision-making. Although leadership models vary from congregation to congregation, the Confession of Faith in a Mennonite Perspective places an emphasis on decision-making in community: “In making decisions, whether to choose leaders or resolve issues, members of the church listen and speak in a spirit of prayerful openness, with the Scriptures as the constant guide. Persons shall expect not only affirmation, but also correction. In a process of discernment, it is better to wait patiently for a word from the Lord leading toward consensus, than to make hasty decisions.”

This is something that I have always appreciated about the churches that I have been a part of. In general, I’m a person who would prefer less hierarchy, flatter structures, and more egalitarian processes. But the longer I’ve operated in white Mennonite spaces, the more suspicious I’ve gotten about these processes.

I believe that the white Mennonite focus on flat structures and communal discernment processes can blind us to the ways that power and privilege are still operating in our midst. It would be nice, but naïve to think that our congregations are free of the evils of systemic racism.

And certainly I hope that many Mennonite congregations have been hearing sermons about how to engage the movements for racial justice in the U.S. right now, but what about the need to think through creating more just processes in our own congregations?

At a 2014 Hope for the Future gathering, Stanley Green, former executive director of Mennonite Mission Network, talked about three forms of racism: benign, blatant, and bruising. This third, and most harmful form of racism, is often perpetrated by white people who consider themselves allies and consider themselves progressive, but who don’t see the ways that they are still wielding their power and privilege to “define the reality” of people of color.

As white Mennonites, what might be some questions that we need to start asking ourselves and asking in our congregations in order to prevent integrating bruising racism into our structures and decision-making processes?

Who’s present in “the room where it happens” when decisions are made (can you tell I’m fresh off watching the new Hamilton musical movie)?  Who feels comfortable speaking up in congregational meetings and how does our process invite people to speak and/or silence them? Who are the people who chair congregational committees and get nominated for public roles representing the congregation? Who are the people who have tremendous amounts of relational and influential power? What tone do we expect people to speak in? How comfortable (or more likely, uncomfortable) are we with conflict and disagreement during decision-making processes? How do we think about the impact of our decisions beyond the walls of our congregation? How is my own fear of “getting it wrong” preventing me from naming injustice when I see it operating in our congregation? And how does systemic racism and internalized white supremacy impact the decisions our congregation makes and how we spend our money?

This list of questions is only a start. Hopefully those of us who are white Mennonites are already finding ways to lend our voices, our feet, our money, our time and our energy to the ongoing movements for justice in U.S. society, but I also hope we’ll focus this same energy on our churches and doing the hard, close-to-home work of interrogating our own ways of doing and being church, in service of building more just and equitable Mennonite spaces and processes, too.