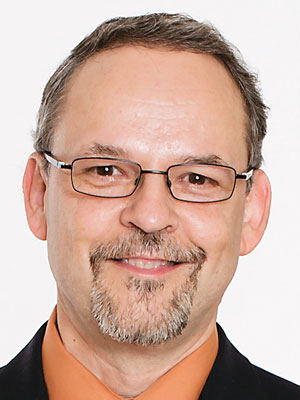 Beryl Jantzi is director of Stewardship Education for Everence, an agency of Mennonite Church USA.

“The Spirit of the Lord is on me, because he has anointed me to proclaim good news to the poor. He has sent me to proclaim freedom/aphesis for the prisoners and recovery of sight for the blind, to set the oppressed free, to proclaim the year of the Lord’s favor.” Luke 4:18-19

As Jesus launched his ministry, in Luke 4 there is a call to aphesis, or freedom. This is a direct reference to the principle of Jubilee (year of the Lord’s favor) as described in Leviticus 25. Jubilee called for cancellation of debts and release of slaves and indentured servants.

We read an example of this in 2 Kings 4:4-7, where the widow’s children were about to be turned over to creditors to pay off her debt until Elisha shows up to remedy the situation.

“Elisha said, ‘Go around and ask all your neighbors for empty jars. Don’t ask for just a few. Then go inside and shut the door behind you and your sons. Pour oil into all the jars, and as each is filled, put it to one side.’ She left him and shut the door behind her and her sons. They brought the jars to her and she kept pouring. When all the jars were full, she said to her son, ‘Bring me another one.’

But he replied, ‘There is not a jar left.’ Then the oil stopped flowing. She went and told the man of God, and he said, ‘Go, sell the oil and pay your debts. You and your sons can live on what is left.'”

How might the church serve as Elisha today? Some are doing just that. Below are three ways your church might extend the ministry of aphesis into your own community, in the spirit of Luke 4:18-19.

Ministry and money can go hand in hand. Many people in our churches are struggling with the burden brought on by debt and lack of adequate income.

By breaking the taboo of money talk, we can begin to provide moral support and maybe even come up with creative ways to bring financial freedom where there had been anxiety and fear.