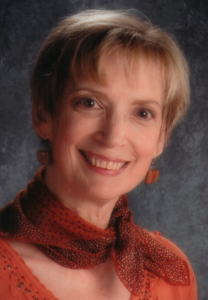 This is the final post in our series highlighting churches across Mennonite Church USA who were awarded the Peace and Justice Support Network’s Spread the Peace grant for 2015. The PJSN is a partnership of Mennonite Mission Network and Mennonite Church USA. Each of these congregations is working in different ways to spread peace in its community.

Jan Swartzendruber, a native of Hesston, Kansas, received a Bachelor of Arts in communications from Goshen College and a master’s in international communication from The American University, Washington, D.C., before serving two years with MCC in Laos and four years in Botswana as a freelance communicator. After working as a writer and designer in the D.C. area from 1986 to 2008, Jan returned to Kansas where she attends her home congregation, Whitestone Mennonite Church and works part time as a private tutor in Wichita. She and her husband Floyd Saunders, a member of the Baha’i faith, have provided leadership to the Building Bridges project since October 2015, after Jan connected Mel Lehman of Common Humanity to People of Faith for Peace, coordinated by Rev. Lois Harder of Lorraine Avenue Mennonite Church (LAMC).

People of Faith for Peace (PFP) in Wichita, Kansas, is a group of clergy and lay leaders, including members of Lorraine Avenue Mennonite Church. PFP is working with the New York City non-profit Common Humanity to show and sell paintings from the Middle East in local galleries and encourage community and campus events aimed at crossing cultures.

A coalition of Muslim, inter-faith, and university sponsors, the Wichita planners call themselves Wichita Common Humanity and have named their project, which includes learning events as well as art exhibits and silent auctions in three galleries, Building Bridges.

Building Bridges has two goals: (1) selling paintings by silent auction to provide income for the refugee artists, and (2) breaking stereotypes about the Muslim and Arab world through any art form.

Mel Lehman founded Common Humanity in New York City in 2009, believing that art has a unique ability to convey common human experience. His ultimate goal is to bring peace in the region, beginning with building understanding, respect and friendship.

Lehman had made trips to Iraq in the 1990s to advocate the lifting of economic sanctions, but the U.S. invasion in March 2003 created a more dangerous and complicated conflict in Iraq. The overthrow and death of Saddam Hussein led to massive sectarian violence in Iraq, and millions of Iraqis fled their homes, with some one million settling in neighborhoods in Damascus, Syria.

During a visit to the United National High Commission for Refugees (UNHCR) in Damascus, he noticed some amazingly beautiful paintings on the office walls – the work of professional refugee artists from Baghdad.

Lehman realized that exhibiting such paintings in the U.S. could call attention to the plight of refugees in the region, provide an income to the artists, and build intercultural understanding. He saw in the art the power to break through prejudices and stereotypes and balance out the negative and inadequate portrayal of the Middle East by the American news media.

Lehman used his own money to purchase the paintings and transport them to New York, where he found free venues to host the exhibits. He publicized the shows and auctioned the paintings through written bids, returning 80 percent of sales to the artists and keeping 20 percent to finance return tickets and purchase more paintings for the next show.

Lehman says he is excited to “take the show on the road and exhibit these beautiful paintings in the heartland for the first time.” The Kansas exhibits will be the most distant from New York and largest to-date, with three venues exhibiting paintings during overlapping dates.

Like Building Bridges participants in Kansas, Lehman does this work believing that “The road to peace in the Middle East lies in recognizing the humanity of people on all sides of the conflict we’re in.”

PFP has been meeting since February 2003, when it first gathered to voice concern and opposition to impending armed conflict in Iraq. PFP’s actions stem from a deep commitment to be faithful to God and to humanity.

Since 2003, PFP has sponsored events with an educational focus, such as speakers and panel discussions and writing curriculum for conflict resolution. They have also hosted inter-faith prayer events, peace poetry readings, concerts and an annual peace picnic in Riverside Park on Memorial Day.

I’m gratified that so many others in Wichita share the passion to fight prejudice and care for people as people. Right now, Building Bridges is exactly what I most want to do and am best prepared to do.