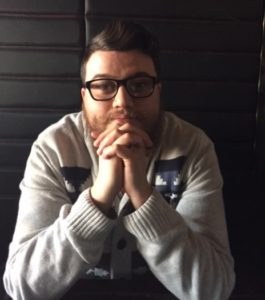 Martin Navarro is a bilingual church relations representative with Everence Financial and a graduate of Anabaptist Mennonite Biblical Seminary. He is married to Viri, and they live in Elkhart, Indiana, where he is a member of Prairie Street Mennonite Church.

The Biblical concept of Stewardship resonates with many western Mennonites. Traditionally it has been seen as a way to administer what God has given us. Caring for what God has provided is an essential part of stewardship; it is part of being a disciple. Stewardship is tied up with following Christ through administering our whole being (external and internal) with wisdom and conscience.

Although this Biblical concept sounds nice, there is an underlying connotation.

Specifically, in the area of financial stewardship, there is an assumption that everyone has enough to be good stewards.

Many people who live in financial disparity find themselves without any financial service options. In some cases, the existing options are predatory and abusive, which inevitably leads to an increase in poverty (high interest loans, high commission products, etc.). As a disciple that follows Christ, my question is: how can we provide options for those who do not have options?

Giving options through the church

On one of my recent trips, I preached at a Hispanic Mennonite church using the biblical story of the woman who gave two mites (Mark 12:41-44, Luke 21:1-4), but my main focus in the sermon was on her obligatory giving. From the woman’s perspective giving could have felt manipulative, an oppressive obligation imposed upon her by the unjust system of the temple. Although this seems somewhat foreign, I made connections to our culture’s obsession with consumerism and individualism. The temple itself was an area where privileged people would demonstrate their wealth through their giving. A woman with two mites was not a typical example of giving to demonstrate wealth. She gave because she felt it was the appropriate thing to do in the temple. As I was finishing my sermon I saw an older woman in the congregation staring at me. I was confused at first, but afterwards everything made sense.

The woman approached me and to talk about her circumstances. She was in a tough financial situation and with no other options, turned to a local title loan institution. Of course her small loan was given with an extremely high interest rate. When I asked her why she signed a contract with such a high interest rate, I did not know what to expect. The answer I received surprised me. She was not able to read in English, and the contract was created exclusively in English, without any sort of explanation. Her story is one of many that I’ve heard in communities with little financial resources.

After talking with this women, I was left with a question: Is stewardship connected to economic justice?

Can discipleship lead those of us with greater financial resources to partner with those who do not have the options we do?

In times of economic challenge, I always think of a welcoming phrase in Latina/o culture: Lo mío es tuyo (what’s mine is yours). The phrase itself touches on both stewardship and economic justice.

Lo mío es tuyo hits on the very idea of sharing, even turning over ownership of one’s possessions, may that be money or food — it does not matter. There is a sense of hospitality in the phrase. It calls us to understand our responsibility in holding personal assets. The idea is not to impoverish oneself to make the other sustainable, but to invite others to the sustainability we might take for granted. It means that we are no longer strangers; rather, we are familiar enough to be part of one another’s journey. Living in community is one way to practice stewardship that promotes sustainability and diminishes the stereotypes that come along with poverty.

People do not choose to be poor

There are so many stereotypes about poverty. These stereotypes deeply wound those who struggle everyday to stay afloat.

People do not choose to be poor; they choose to live and try to survive and provide for their families.

Too often, the idea of poverty has become individualized, creating the myth that people are in poverty solely because of choices they made, and if they would just work hard enough, they could get themselves out. This myth just gives more power to the oppressive system and isolates us from one another — the rich get richer and the poor get poorer.

People do not aspire to become a part of the welfare system. In fact, the majority of people receiving assistance wish they did not have to rely on the government for help.

The rose that grew from the concrete

The late Tupac Amaru Shakur wrote a poem called “The Rose that Grew From the Concrete.” The title itself presents the very idea that people grow regardless of having all odds against them. Anyone will tell you that a rose cannot grow from concrete. Some people might even ask, what good can come out of this or that community?

Communities with limited financial resources (often communities of color) are blamed for their own poverty, usually by people who have never known or understood poverty, much less what it is to not have options.

Maybe all the odds are against these communities. But I challenge our middle class brothers and sisters to walk with people from these communities so they can grow as “a rose that grew from the concrete.”