Syria: Being people of God’s peace 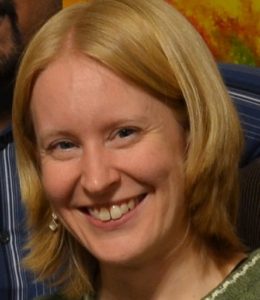 Rachelle Lyndaker Schlabach serves as Director of the Mennonite Central Committee U.S. Washington Office. She leads workshops, writes and speaks on U.S. policy toward the Middle East and meets regularly with congressional offices and Administration officials to convey MCC’s perspective on public policy. She holds a Master of Divinity degree from Eastern Mennonite Seminary and is a graduate of Goshen College. She and her husband, Keith, have two children and live in Mount Rainier, Maryland. They are members of Peace Fellowship Church.

About a year after the war in Syria started, I asked an analyst in Lebanon how long he thought the war would last. He said a minimum of five years and maybe as long as 20. At the time I hoped he was just being pessimistic.

Sadly it has already been more than five long years of war for Syrians, with no end in sight.

In September the U.S. and Russia agreed to a “cessation of hostilities.” But before the agreement could even get off the ground, it collapsed in finger-pointing with each side claiming the other violated the ceasefire, with attacks against Syrian military forces and a Syrian aid convoy.

From the beginning the agreement was flawed. The ceasefire, which was sorely needed, would have stopped part of the war. But the agreement also set the stage for the U.S. and Russia to take joint military action against “terrorist groups” — ISIS and Jabhat al-Nusra (recently renamed the Front for the Conquest of Syria). Complicating the picture further is that the U.S. has long supported opposition forces in Syria, which in many cases fight alongside Jabhat al-Nusra.

The Syria war, which began in 2011 with nonviolent protests about legitimate grievances, has spiraled into a proxy war between other countries — the U.S. vs. Russia, Saudi Arabia vs. Iran. Syrian civilians are the ones who suffer from these political and military games, while arms dealers reap the profits.

What is sorely needed is an effective ceasefire for all armed actors and serious, political negotiations to resolve the conflict and ensure the rights of all Syrians are protected.

But that still seems a long way away. With the breakdown of talks between the U.S. and Russia, the U.S. is reportedly considering direct military action against the Syrian government. Until now, U.S. actions in Syria have been primarily directed against ISIS.

If the U.S. took this step, it would signal a significant escalation in the war. The U.S. would also be acting outside of international law, as Russia would surely block any attempt at the United Nations to authorize military action against the Syrian government.

Many commentators urge the U.S. to establish a “safe zone” for civilians or a “no-fly zone.” But these proposals are not nearly as simple as they seem. They would require significant military action to create and enforce, as Pentagon leadership has pointed out.

In the midst of this messy reality what can we, as Mennonites, do?

The disaster in Syria has gone on for far too long. If “we are people of God’s peace,” as Menno Simons wrote, then let us both pray and act for peace.