Ten Stories: A Year of the Bible preaching series in Portland 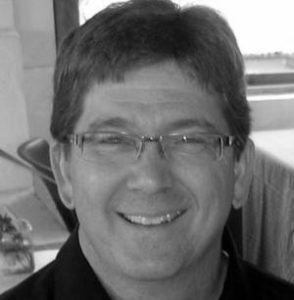 Rod Stafford is Lead Pastor at Portland Mennonite Church in Oregon. When the Year of the Bible Network posted the news of the “10 Stories” sermon series, focusing on 10 stories from the Bible that aren’t often preached on, we had to find out more. Rod spoke with Hannah Heinzekehr about this summer experiment.

Hannah: What prompted you all to begin this series? Where did the idea come from?

Rod: The previous summer our congregation took part in the 12 scriptures project. We invited people and small groups to identify texts that were important to them and that would be meaningful for the church, and we made a sermon series using those texts. It was a great experience.

As we were talking to people during this year, we became aware that stories really matter. There were stories in the Bible that some of us heard in Sunday school, but hadn’t heard since. And for other church members, if you didn’t grow up in Sunday school, you may never have heard them. This sermon series was a way of drawing people into those stories. Stories are stories. They draw us in. It’s different than trying to puzzle through what Paul means in his letters. People can find themselves in these texts.

Hannah: How did you select which biblical stories to tell? Obviously it’s a large book!

Rod: We really just picked 10 stories. There was no real rhyme or reason to it. We did Noah and the ark, which is familiar but doesn’t often come up on Sunday mornings. We focused on the story of David and Goliath. I had actually never heard a sermon on it or preached one myself, especially in a Mennonite church.  We talked about Jacob wrestling with the angel of Lord, the story of Sarah laughing, and Saul’s conversion on the road to Damascus. When we focused on Saul, we had three people talk about their experience of conversion and their ongoing experience of continuing to become a Christian and continuing to be “converted.” This was a way of taking the biblical stories and kind of seeing our own stories in it.

Hannah: Were there any particular Sundays or sermons from the summer that stand out in your mind?

Rod: Near the end of the summer, I preached a series on stories that we don’t really tell very often on Sunday mornings. Often these are very violent stories. One of our daughters said that when they went to church camp, these were the stories they read around the campfire at night to scare the kids. Stories like Jael driving a tent peg through Sisera’s head in the book of Judges.

That sermon got a lot of response. I talked about what we do with those stories, especially as we are introducing our own kids to the Bible. I actually followed [Mennonite theologian] J. Denny Weaver in the sense that, I wanted to acknowledge that these violent stories are in the Bible. But when we look at what Jesus did, he instructed us to love God, love your neighbor and love yourself. Weaver’s point is that there are a lot of violent stories in the Old Testament, but there are other stories of nonviolence. For example, the prophet Elisha blinds some soldiers and leads them into a trap, but instead of killing them, he feeds them dinner and sends them on their way (2 Kings 6:8-23).

The Old Testament is a conflicted conversation, but Jesus makes it decisive for us. If you read the Bible as a story that includes ongoing plot development that’s resolved in a sense in Jesus, that yields some insight for how we might deal with it with our own kids. My suggestion is that, if we’re going to read about God’s command to King Saul to annihilate the Amalekites (1 Samuel 15:1-35), we should always read those stories in tandem with stories about Jesus. And we should invite kids into the conversation about who God is and how we respond.

Hannah: What are your overall reflections at the end of this summer? Would you encourage other congregations to try something similar?

Rod: It’s pretty common these days to view the Bible as a story, but when you actually read that story, it’s challenging. Many of us grew up viewing the Bible as a rulebook or the Bible as a library of theology that you find doctrines in. But by reading these specific stories, we could start to see our own lives in the light of this biblical account.

And if other churches do this, you have to be prepared. The Bible is a complicated story. There are not neat plotlines, and conflicts don’t resolve neatly. That’s the biblical story and that’s also our story. We shouldn’t be surprised.

This was a pretty vibrant experience. People enjoyed it. It was also a way of inviting other voices to come into the conversation. One of the preachers this summer was someone who never had preached a sermon before, but when you give someone a story and ask them to reflect on it, sometimes it feels more accessible. And people read stories with such different eyes. It’s a way of hearing others and their unique takes on the story.

Rod: Continuing to engage the biblical text is an ongoing thing for us. We’ve been nudged along by the denomination identifying the 12 Scripture Project and the Year of the Bible as priorities. We had Don Blosser (a long-time Mennonite pastor) come in the springtime and give some biblical overview, and we’re going to have Michele Hershberger (Bible professor at Hesston College) come this year and do kind of the same thing. We want to help people understand what the Bible is. I might have been in seminary before I realized that the Old Testament was not written in chronological fashion. We reference the bible a lot in our conversations, but I realize that not everyone in our congregation always knows what we’re talking about. This is an effort to share a common story. Some of us got started in Sunday school and some of us got started later.

For more ideas about ways to engage Scripture and the biblical story in your own congregation, visit the Year of the Bible Network online.