Tending my anger and grief 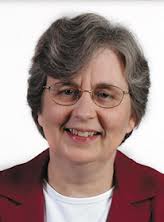 Linda Gehman Peachey is a freelance writer, living in Lancaster, Pennsylvania. She has a Master of Divinity from Anabaptist Mennonite Biblical Seminary and a Doctor of Ministry from Lancaster Theological Seminary. Previously, Linda worked for Mennonite Central Committee (MCC) on women’s concerns and also served with her husband, Titus, as co-director of Peace and Justice Ministries. They also worked in Laos with MCC, from 1981-1985. She and Titus have two adult daughters and enjoy visiting them and their families in Chicago and Guatemala.

Linda is a steering committee member for MC USA’s Women In Leadership.  She is also a member of the team that created Laboring Toward Wholenss: A Training on Dismantling Patriarchy.

I don’t think I’ve ever written about anger. Indeed, it is hard to even acknowledge I could be angry. If I learned nothing else in my childhood, it was that a Mennonite woman should never be angry. Anger was the opposite of who Jesus was and what a Christ-like woman should ever feel.

Yet, the Gospels do show Jesus being angry. Of course, we all know the story of Jesus in the temple and how he became so angry he upset tables and stopped people from doing their temple business. But there are other texts in which Jesus also sounds angry, even outraged. One of these is Matthew 23, in which Jesus criticizes the religious and political leaders of his time and decries the way they make it so hard for people to find God’s grace, forgiveness and blessing. He charges that these leaders “tie up heavy burdens, hard to bear, and lay them on the shoulders” of the people, and “lock people out” of God’s realm of justice and life.

Jesus was angry because people were being excluded and hurt.

So, if Jesus could be angry at times, why is it so hard for us to acknowledge our own anger? More personally, why am I so afraid of anger?

Whatever our fears are, it does no good to deny anger. Suppressing anger often only exacerbates the problem and extends the harm done. Instead, I believe anger can play a positive role, if we can find safe ways to hold and express it. Anger can help tell us what is wrong and what needs to change.

For example, I find I get angry when those with power and privilege do not recognize when they center their own needs and feelings, and therefore fail to see or hear from those with less status or influence in a group. I grieve the harm this causes and the way this continues to marginalize and silence people, especially those whose voices we most need to hear.

I get angry when people resist hearing difficult truths, preferring a distorted religious or national history, which elevates their own identity or worldview. I grieve the damage this does to everyone, and the way this cuts off the path to change and healing.

I get angry when churches fail to embrace the richness that people from marginalized groups bring to our communities. I grieve the wisdom, insight and gifts we have lost.

I get angry when societies and institutions choose short term gain over wholeness, truth and justice. I grieve the long-term damage this does to our earth, our relationships and our witness to the way of Jesus.

Acknowledging our anger and grief in this way helps us identify what needs to change. Anger can also push us to imagine a different reality, a future that is more whole and just. I believe this is why Jesus expressed such anger and grief. He believed so strongly that God intended a world in which all people could belong and know God’s blessing. That is why he sought so passionately and urgently to show people a better way. My anger, my grief also urges me to seek a different future. I dream that:

If you find yourself feeling angry, what is it telling you? How can you express this safely? What dreams are seeking to be born in you and in our world? 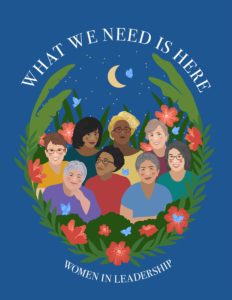