The times that try our souls 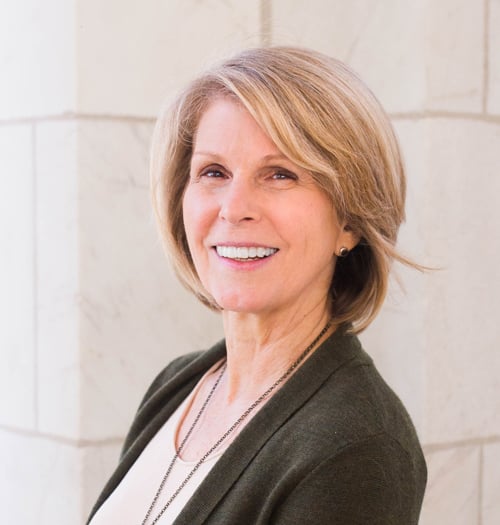 Carolyn E. Yoder is a psychotherapist in Harrisonburg, Virginia, where she is a member of Community Mennonite Church. She is the founding director of Eastern Mennonite University’s Strategies for Trauma Awareness and Resilience (STAR) program. Her current focus is addressing climate trauma, eco-anxiety and despair through strategic conversations and collective actions that regenerate creation.

“These are the times that try men’s souls; the summer soldier and the sunshine patriot will, in this crisis, shrink from the service of his country; but he that stands it now, deserves the love and thanks of man and woman.”  — Thomas Paine, “The American Crisis”

This quote is from a pamphlet that General George Washington gave his despairing troops in Dec. 1775, a low point in the Revolutionary War. Now, in 2022, we find ourselves in times that try the nonresistant/nonviolent soul.

And I wonder if l am a summer-and-sunshine-nonviolent-Christian, as I observe my urge to send every fighter jet in the U.S. arsenal to Ukraine when I see images of Ukrainian’s bombed-out cities and women and children fleeing, as Russian rockets rain from the sky. I hear civilians-turned-fighters voice their determination to keep their country free, and I experience cognitive dissonance, the sense of unease that ties my stomach in knots as real-world events challenge my values and beliefs.

For in the Mennonite Confession of Faith, Article 22, we profess:

I do not have the answers to reconcile this wrenching dilemma. I hear the voices that say pacifists are willing to let people die just to keep their own souls clean. But something stays my hand from picking up the phone to urge my congressional representatives to send more weapons.

Perhaps that something is the still small voice cautioning against buying into simple good-versus-evil narratives. The right/wrong lines seem so clear when I look only at this current crisis. But widen the lens, and a more nuanced picture emerges.

Nothing in any back story justifies the invasion nor the destruction and atrocities Russia is inflicting.

We need to probe beyond our corporate media headlines and consider how omissions and commissions of the West that contribute to the war tempers self-righteous hubris.

Read the perspective of a USAID Foreign Service Officer, who was stationed in Russia at the end of the Cold War and believes the United States “had a real opportunity at this juncture to make a friend of Russia, an opportunity we threw away.”  Or read how Russia views  NATO’s expansion as a threat — not unlike how the U.S. viewed Russia’s plan to place missiles in Cuba in 1962, sending the world to the brink of nuclear war.

When we remember that the U.S., too, inflicts suffering on innocents and has committed atrocities, the good-versus-evil narrative is tempered even further. It doesn’t justify any nation’s abuse of power, but it reminds us to take the log out of our own eye.  For example, we are silent  about how the war being waged against Yemen with U.S. weapons is causing starvation, poverty and the internal displacement of 4 million people; the oppression and violence in our gun-intoxicated society; the humanitarian crisis left behind in Afghanistan; the suffering inflicted by the American wars in Iraq — justified by non-existent weapons of mass destruction; Vietnam; and our blindness to conflicts in Africa.

Chris Hedges, an ordained Presbyterian minister and war journalist, writes about cycles of violent war that entangle even the “good” side:

Once we sign on for war’s crusade, once we see ourselves on the side of the angels,
once we embrace a theological or ideological belief system that defines itself as the embodiment of goodness and light,
it is only a matter of how we will carry out murder.

The still small voice also reminds me of the power of nonviolent civil resistance. The popular impression that it is soft, ineffective and unrealistic for real world conflicts has been debunked by the unprecedented research of Erica Chenoweth, a professor of public policy at the Harvard Kennedy School, and Maria J. Stephan, a nonviolence researcher and scholar, who worked for the State Department and the U.S. Institute of Peace. While Mennonites have a faith base for our belief in nonviolence, Chenoweth and Stephan provide an empirical basis for nonviolent alternatives to war that could make anyone, religious or not, sit up and notice. Their sweeping statistical analysis of 323 violent and nonviolent civil resistance campaigns between 1900 and 2006[i] reveals the following about nonviolent civil resistance:

Reading these findings suddenly make the words of Jesus seem a little less otherworldly or impractical.

Learn about the current nonviolent civil resistance in Ukraine in this recent webinar from Notre Dame’s Kroc Institute for International Peace Studies, featuring several nonviolence practitioners and scholars reporting from the ground.  Watch “A Force More Powerful” videos about nonviolence in action (Part I and Part II) and the removal of Serbian dictator, Slobodan Milosevic. Read “Civil Resistance: What Everyone Needs to Know” by Chenoweth (2021).

But nonviolence can be carried out with a spirit of violence or in a spirit of love. Gandhi taught nonviolence as “satyagraha,” meaning “truth-force” and “love-force,” leading to a “vindication of truth, not by infliction of suffering on the opponent, but on oneself.” [iv] Martin Luther King Jr. connected this to Jesus’s command to love our enemies.

Rosemarie Freeney Harding, wife of civil rights leader Vincent Harding, writes about the power of the Holy Spirit working in the movement and “the mysticism that can be nurtured in activism.” She recalls that many people found that participating gave them “a craving for spiritual depth.”  At times, when participants didn’t know what was right or wrong in a situation, they’d “just meditate about it. Pray on it.” She says that simply being around King and other leaders who “lived so fervently in the power of nonviolence … [and] believed that love and forgiveness were essential tools for social justice,” created “something extraordinary … that hinted at a tremendous potential for love and community and transformation.” This alone changed people.[v]

Harding’s words touch something deep in me, reminding me that I follow in the tradition of Followers of the Way, the Christians of the first three centuries after Christ, who eschewed participation in war. Anabaptists reclaimed that truth during the Reformation and were willing to die for it.

Franciscan priest Richard Rohr writes, “The mystics say that faith is remembering in the darkness what you once saw in the light and trusting in it.”[vi]  I don’t claim the mantel of a mystic, but in the darkness of 2022, I want to resist the popular pressures that have the potential to dangerously escalate war. I commit anew “to witness against all kinds of violence, including war among nations” that I embraced in the light of summer suns. I embrace it, because it holds mustard seed potential to interrupt cycles of war and violence, and because this moment in time is neither the end nor the whole of the story.

These are the times that try our nonresistant/nonviolent souls. May they also be the times that accelerate the rising consciousness of another way to meet evil in the world.

God of all creation,
Help us as we struggle to understand beyond the headlines. Help us to know who you call us to be in these times that try our souls.
How can we be advocates for nonresistance/nonviolence when people are dying and suffering horrifically?
Have you called some of your children to take up arms and some to witness for peace through nonviolence?
Keep us from the arrogance of advocating for a position that means others will suffer if our only motivation is to have a clean soul.
Give us humility. May we take the time to meditate about it, to pray on it, when we don’t know what to do. May we trust in you with all our hearts rather than leaning on our own logical understanding and getting caught in mental and theological gyrations and arguments.
Give us compassion for the suffering of all — -Russians, Ukrainians and our own nations — for we all, at times, get caught up in nationalism and are swayed by lies and propaganda.
Grant us wisdom, grant us courage, for the facing of this hour.
In the name of Jesus, the Prince of Peace, we pray. Amen.