Three Layers of Connections between Ukraine and MC USA 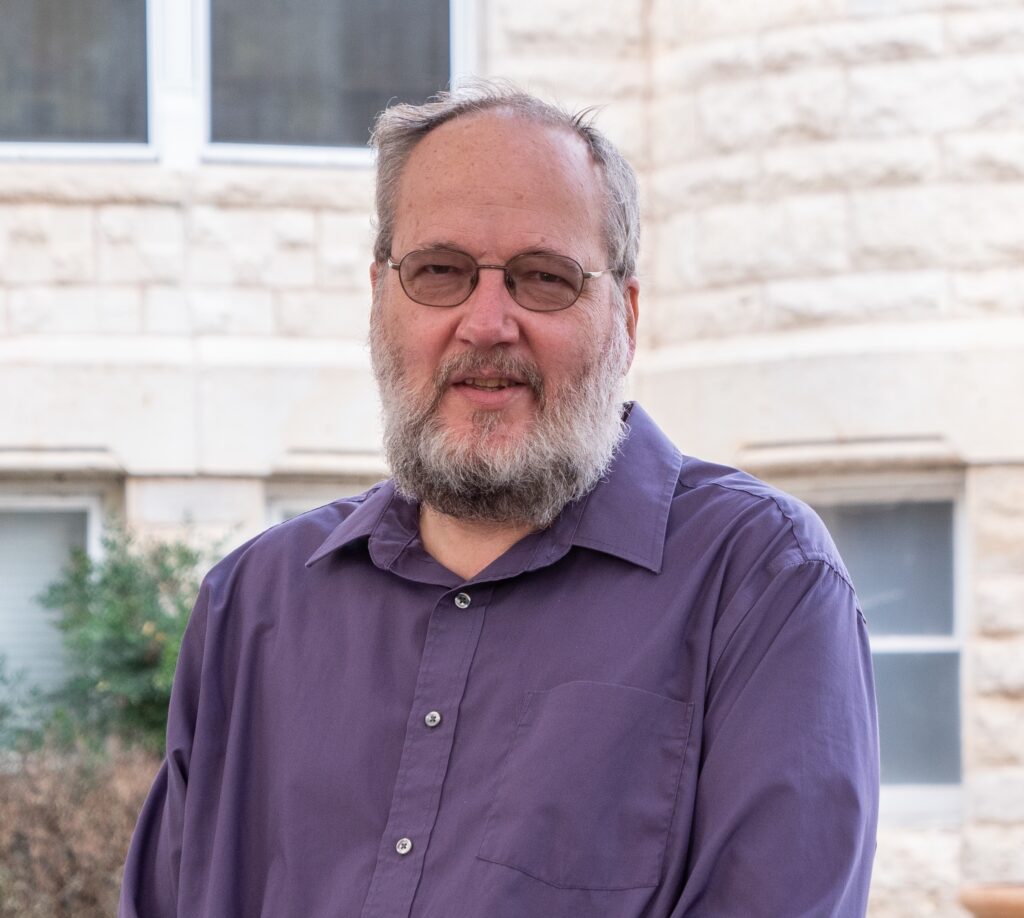 Mark Jantzen is a professor of history at Bethel College in North Newton, Kansas. He is a graduate of Bethel College and Anabaptist Mennonite Biblical Seminary. He and his wife, Alice, are parents of three young adult children. Kristin currently attends Goshen College and John is at Eastern Mennonite University. This post was written while Mark is on sabbatical and conducting research in Gdansk, Poland, and observing the many Ukrainian refugees arriving in Poland, with some making their way to Gdansk.

The longest food line at Bethel College’s Fall Fest in North Newton, Kansas, is always in front of the tent selling verenika with ham gravy. Verenika are dough pockets filled with cottage cheese that can be either boiled or fried. They are also a key staple of Ukrainian cuisine. Local restaurants here serve a dessert called cherry moos and a soup, borscht, that are also typical Ukrainian food. This menu, along with sausage and a dinner roll known as zwieback, also forms the heart of Feeding of the Multitude, the main food pavilion of the annual Mid-Kansas Relief Sale that raises money each spring for Mennonite Central Committee.

In 1874, thousands of German-speaking Mennonites from what was then called New or South Russia and is now Ukraine migrated to the Great Plains of the United States and Canada, with the largest groups settling in Kansas and Manitoba. They sought to avoid the introduction of compulsory military service and the imposition of Russian (replacing German) as the language of instruction in their local schools. One prominent group featured an entire congregation, Alexanderwohl, that migrated together. Part of the group established a new church with the same name 15 miles north of Newton in the town of Goessel and built a church building there in the same distinctive architectural style that Mennonites had used in Ukraine and, before that, in Poland. While most of these immigrants had Anabaptist roots that ran back to the Netherlands, Poland and Prussia, some also had Swiss roots. In the 1700s, they moved to the provinces of Volhynia and Galicia in what is now western Ukraine before coming to the Plains in 1874.

All these groups worked together in 1887 to found Bethel College, the oldest continuing Mennonite institution of higher learning in the Americas, a mere 13 years after arrival. At the same time, they founded foreign and domestic mission boards, publishing houses, mutual aid societies and, eventually, hospitals and homes for the elderly. Many joined the General Conference Mennonite Church, which established headquarters in Newton. Since the General Conference is one of two predecessors of Mennonite Church USA, this Ukrainian connection explains why one of the Mennonite Church USA offices is in Newton. Other immigrants were part of the Mennonite Brethren Church that emerged in Ukraine in 1860. They built Tabor College and their own set of institutions in Hillsboro, thirty miles north of Newton. The annual football game between these two colleges is known locally as the Menno Bowl, although few of the current athletes understand that this fraternal rivalry goes back to Ukraine. 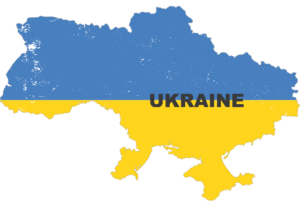 When World War I and the Bolshevik Revolution destroyed the Russian Empire in the 1910s, Mennonites in Kansas still had many family ties and memories with Mennonites who had remained there and were suffering. As a result of conversations that started on a house porch in Hillsboro, events were set in motion that resulted in the creation of Mennonite Central Committee (MCC) in 1920 to send relief supplies to Ukraine, which was suffering a famine due to civil war. The MCC Central States office, adjacent to Bethel College’s Thresher Stadium, is a reminder of this layer of connection. Kansas Mennonites of all backgrounds, still German-speaking and opposed to warfare, had suffered terribly at the hands of local so-called patriots during World War I, but nothing like the suffering in Ukraine.

The loss of hope in the future and the rise of farm collectivization under Stalin in the 1920s drove more than 20,000 Mennonites to flee the Soviet Union, mostly from Ukraine to Canada. Kansas Mennonites again aided this cause via MCC and other channels. A third smaller and more complex round of emigration of Mennonites from Ukraine followed World War II. A fourth wave in the 1980s and 1990s brought Mennonites from the places Stalin’s policies had flung them across the Soviet Union to western Germany. In each case, renewed links forged by suffering and service reminded Mennonites in Kansas of their Ukrainian connections, even as the knowledge of the origins of their traditions faded.

These activities helped keep Ukrainian geography alive in surprising ways in Kansas. One can find maps online of the villages and colonies where Mennonites lived before coming to Kansas overlaid with the current Russian military advances. The large nuclear power plant in Zaporizhzhia is close to the first Mennonite colony in Ukraine, the original home of yet another group of Mennonites known as Old Colony Mennonites, who are present in Kansas as well as many other places in North and South America today. Just a few days into the war, Russian forces seized the port town of Berdyans’k. David Goerz, whose house on the Bethel campus now serves as the president’s residence, started his teaching career in that city before emigrating to Kansas. There is currently a Mennonite Brethren congregation in that city now under Russian occupation.

Some have noted that the focus on Ukrainian food or German-language traditions among Kansas Mennonites might seem exclusionary to the many people who have joined the church from outside this tradition. That is undoubtedly true. Yet there is something in the human experience that makes these connections to history, tradition and family unavoidable.

We notice this even when God took human form as Jesus. When Jesus’ friend Lazarus died, Jesus wept because he knew him. There is no record of Jesus weeping for the 18 killed when the tower at Siloam fell on them (Luke 13:4). At a universal level, of course, Jesus loves them and us all. But at an incarnational level, Jesus relates to specific individuals in personal ways. And Jesus’ church, filled with humans made by God, functions in this incarnational mode. We are, in fact, even as a church, shaped by our connections, our history and our lived experiences, which, in turn, take place in social conditions specific to Ukraine or Kansas or anywhere else. The name alone, Mennonite Church USA, demonstrates an understanding of how we are the church in this particular location. The portion of the universal church that has taken shape in the incarnation of Mennonite Church USA has been shaped by the histories of the many different races, languages, cultures and historical locations associated with its current members. And a piece of this incarnation was made from a Ukrainian mold.

MCC is a relief service, and peace agency representing fifteen Mennonite, Brethren in Christ and Amish bodies in North America, including MC USA. For more information on their relief efforts in Ukraine, click here.

For updates on the 25 Mennonite Brethren congregations in Ukraine, click here.