To my white brothers and sisters across Mennonite Church USA 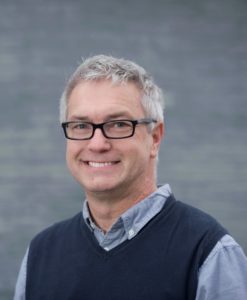 To my white brothers and sisters across Mennonite Church USA, I’m inviting you to engage in proactive, deliberate efforts to oppose and dismantle racism in all of its forms. Engage the resources provided by MC USA and beyond MC USA to guide these efforts. What you do or do not do will impact your church, neighborhood, town, state and nation. Act to make every place a place where all people can flourish.

I know that many of you are already engaging in anti-racism work and have been for a long time. For others, you are just now considering how to begin. Still others may be skeptical or resistant to this invitation for a variety of reasons.

My invitation is rooted in Jesus’ work of creating “…in himself one new humanity out of the two, thus making peace, and in his one body to reconcile both of them to God through the cross…” (Ephesians 2:15b-16a). It isn’t tied to any left or right political agendas. It isn’t rooted in popular notions of social justice. It’s not rooted in guilt, shame or blame. Rather, I’m inviting you to participate in the work God is already doing in and through Jesus for the world.

How can we tell when this is happening? Paul says that the true mark of the oneness of Jew and Gentile is that they both have access to the Father by one Spirit. It isn’t a matter of sentiment, slogans, monetary gifts or good intentions. Equality is measured by access to the social, economic and religious resources of the community.

The cosmic reconciliation accomplished by Jesus is embodied in a human community where the dividing wall of hostility remains demolished.

Thus, to claim to love God and not love your neighbor is impossible (1 John 4:20). To claim to follow Jesus while your brothers and sisters suffer is incoherent (Matthew 25:31-46). To claim to be God’s people while participating in exploitation and exploitive systems is unacceptable to God (Amos 5).

I’m inviting you to engage in anti-racism work because I believe it is the work of God in and through Jesus!

In case you didn’t look at my picture, I am a white, American male. I am not ashamed or apologetic about that. But I am aware that the systems all around me have been formed to help me succeed in ways that are not true for everyone. This isn’t something I earned or merited, but it is something for which I am responsible and accountable. Therefore, there is much work to do.

Part of that work is systemic. White supremacy is more than individual acts of racially motivated violence or discrimination, it is also a system designed to benefit one group – those designated white – at the expense of others.

As a white person, my knee-jerk response to systemic racism, described through terms like white supremacy, white privilege and institutional racism used to be, “I’ve worked hard to get where I am,” “I’m not racist,” “I’ve never engaged in racial violence or discrimination,” and so on. I was defensive. I thought the question being asked was “Am I a racist?” When it comes to systemic racism, the questions are different. How do current systems distribute power and privilege? Is it equitable? Is one group supported while others are oppressed? Are there disparities in access to education, health care, housing and employment? Are people from different groups treated fairly in policing, the legal system and banking? How does the system treat the most vulnerable, the alien and stranger among us?

The more I learned, the more I could see the impacts of racism in the present. It isn’t something back there; it is something that is alive and well right here. It isn’t something that is only in others, it is also in me. Romans 12:2 says, “Do not conform to the pattern of this world, but be transformed by the renewing of your mind. Then you will be able to test and approve what God’s will is – his good, pleasing and perfect will.” My mind needed (and needs) to be renewed. It has been malformed by white supremacy, and I need to submit to God’s transformation in my attitudes, actions and inactions around individual and systemic racism.

Having the right anti-racism analysis, in itself, doesn’t change anything. Recognizing the inequities in the system, but not lifting a finger to change the system, accomplishes nothing.

Dietrich Bonhoeffer said, “We are not to simply bandage the wounds of victims beneath the wheels of injustice, we are to drive a spoke into the wheel itself.” The next steps in my journey as a follower of Jesus, committed to anti-racism, is how do I become an accomplice with Jesus in the work towards racial justice.