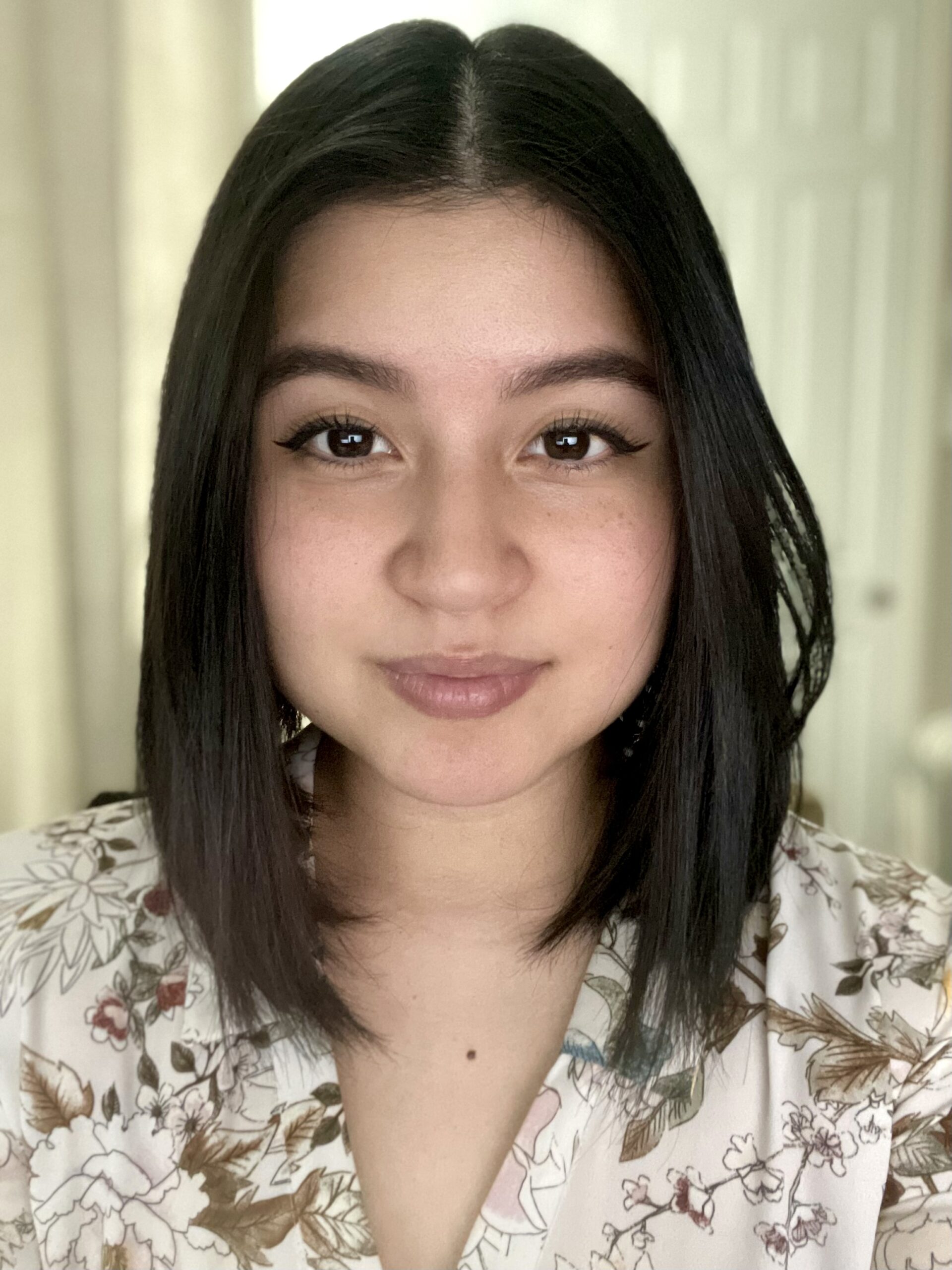 Daniela Lazaro-Manalo (she/her) attends La Iglesia de Panorama City and serves as the racial equity education and advocacy coordinator for Mennonite Central Committee (MCC) U.S. In both her professional and activist endeavors in the U.S. and abroad, Daniela is passionate about racial justice, equity, community mobilization and the multiple, interdisciplinary understandings of identity formation in the U.S. Daniela lives in Los Angeles, California, with her husband and son. 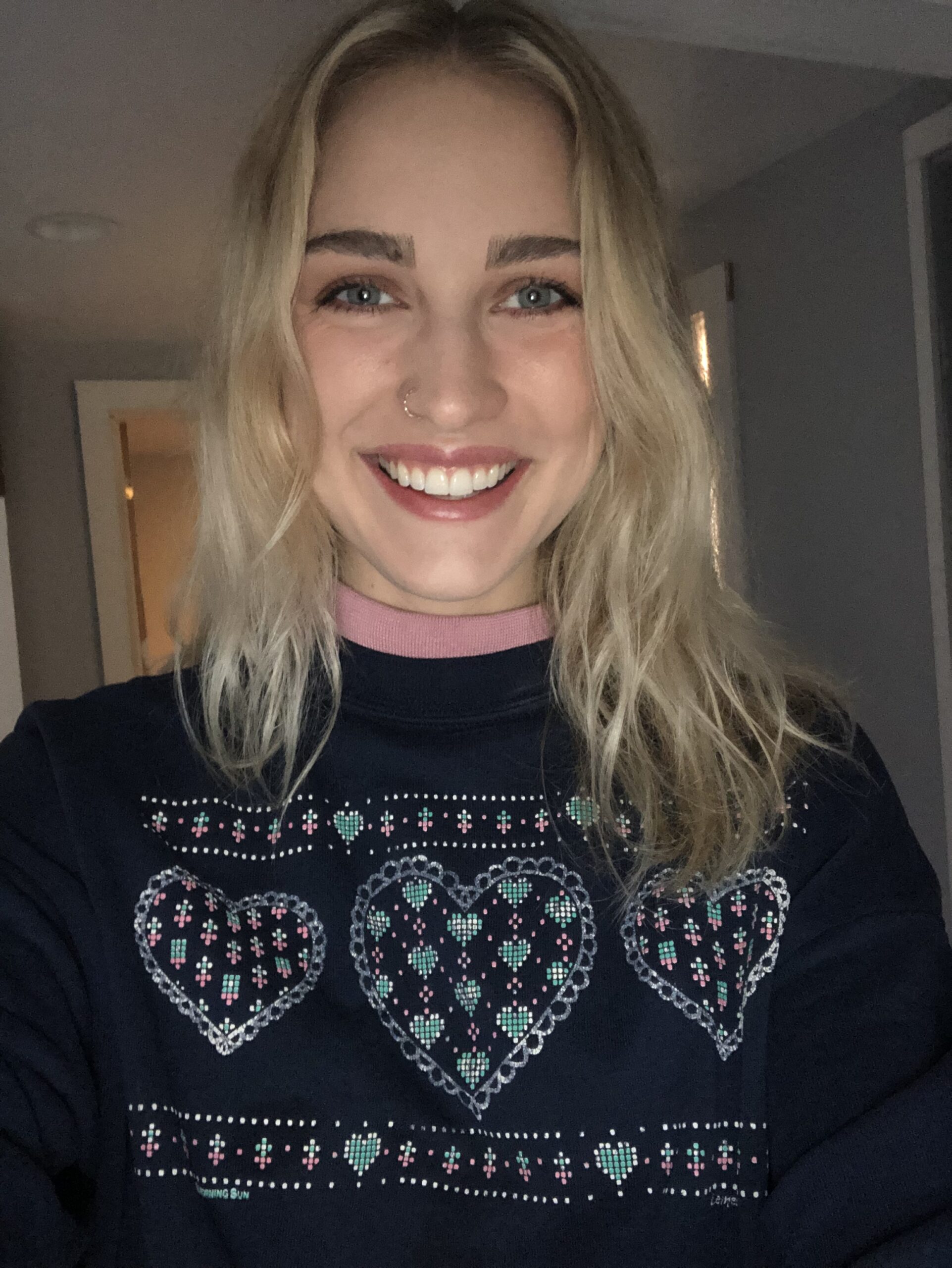 Hannah Markey-Roberts (she/her) works as a legislative associate for MCC U.S. and is based in Washington, D.C. In 2021, Hannah graduated with an M.A. in Arab studies from Georgetown University, where she studied the intersections of gender and development. Personally and professionally, she is committed to decolonizing international development, advocating for Palestinian human rights and advancing peacebuilding efforts in the Middle East. Hannah lives in Arlington, Virginia, with her husband and their three animals.

As Christians, Jesus teaches us that as we welcome strangers, we are welcoming Christ himself. In the wake of Russia’s military invasion of Ukraine, we have witnessed a global flood of support for displaced Ukrainians fleeing violence. On March 24, the Biden administration  committed to welcoming 100,000 Ukrainian refugees into the U.S., and broadly speaking, the resettlement of Ukrainians has received bipartisan support.

In media coverage of the crisis, Ukrainians have been described as “European” and “civilized,” suggesting they are more deserving of refuge than those from non-European nations. In late February, Charlie D’Agata, CBS News senior foreign correspondent, stated that Ukraine, “isn’t a place, with all due respect, like Iraq or Afghanistan, that has seen conflict raging for decades. This is a relatively civilized, relatively European – I have to choose those words carefully, too – city, one where you wouldn’t expect that, or hope that it’s going to happen.”

The coded language of “civility” has long been used to signify whiteness and justify the inhumane treatment of people of color. To claim that Ukraine is unlike other countries where conflict and violence are expected is to oversimplify the complex histories and contributing factors that lead to the destabilization of these “other” countries, and further implies that there is something innately “savage” or “criminal” about particular groups of people. It also reinforces a narrative of apathy, in which people should be comfortable seeing certain nations in turmoil and that the resulting displacement of those populations does not warrant concern or a response of care.

Ukrainians are experiencing horrific acts of violence, and the U.S. government must continue to welcome Ukrainians who are seeking safe refuge. However, as we advocate for nonviolent solutions to this crisis and support displaced Ukrainians, we must also ask ourselves why other refugee communities fail to receive the same attention or reception.

In the same week that President Biden announced plans to increase refugee caps for Ukrainians, the administration marked the second anniversary of the Title 42 border closure. This immigration policy blocks asylum seekers who are from South America, Central America and the Caribbean from entering the United States. Since Title 42’s implementation, leading epidemiologists and medical experts have repeatedly affirmed that the policy undermines public health efforts, arguing that it is possible to protect both public health and the lives of people seeking refuge.

Of the migrant communities affected, Haitians have experienced the largest number of expulsions. Title 42 has disproportionately been used to expel Black migrants, deepening racial inequities inherent in the U.S. immigration system. In February, more than 100 members of Congress expressed concern over the treatment of Black migrants in a letter to President Biden.

The letter details several anti-Black and racist immigration policies that have historically targeted Black migrants, especially Haitians, and highlights the disproportionate number of Black migrants held in detention centers — a statistic that factors into the excessive number of incarcerated Black people in the United States today. The Black Alliance for Just Immigration documents the unequal rates at which Black migrants are deported, denied asylum, incarcerated and held in detention for prolonged periods of time, revealing the criminalization of a racialized immigration system.

D’Agata’s disparaging comments exemplify the falsely competing narratives of “deserving” and “undeserving” refugees at play in mainstream media reports and political debates. At the heart of this discourse are undertones of white supremacy that fuel a binary image of “good” versus “bad” migrants.

In Ukraine, it is important to note the ways in which these discriminatory practices are not based on nationality but rather on categories of race. Both Ukrainians of color and immigrant/refugees of color residing in Ukraine are similarly prevented from evacuating the country and are experiencing segregation within Ukraine as they are forced to wait for days at border crossings. One video posted on Twitter captures a Black woman being held at the door of an evacuation train, while Ukrainian police allow a white woman to board. In this instance, this woman’s citizenship and qualifications do not matter. The only thing that matters is the color of her skin.

The message being conveyed is that migrants must have a certain likeness to whiteness to merit protection and acceptance. People that look and act a certain way are welcome. This same message is inherent in the U.S. immigration system, which labels Black asylum seekers as public health threats, while simultaneously welcoming white refugees without a similar concern about their transmission of COVID-19. The rationale for Title 42 is not grounded in public health realities but rather is reflective of systemic racial inequities.

If the conditions or requirements of hospitality are that the stranger be familiar to us, then are we truly willing to welcome the stranger?

Just before the publication of this piece, the Centers for Disease Control announced the termination of Title 42, effective May 23. While this news is encouraging, migrants entering the U.S. from the southern border will continue to be affected by unjust and inhumane policies, such as “Remain in Mexico” and metering.