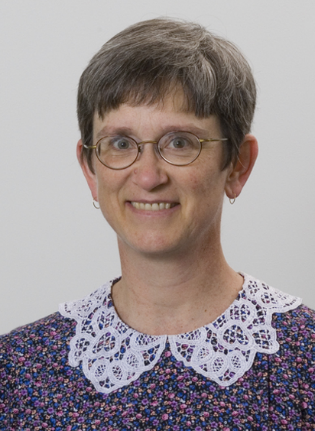 When something goes right

In the wake of each shooting rampage, people argue over how to keep guns out of the hands of people with mental illness, a population assumed to be responsible for generating killers. In the midst of fierce disagreement about who should have access to what kinds of weapons, one thing is certain: something went terribly wrong.

Although we often fear people who live with serious mental illness, assuming they are dangerous, they are more typically victims of violence than they are perpetrators.

Jacob (not his real name) is one of the tiny minority who becomes violent when his mental illness is not adequately treated. Last week the day began smoothly enough when Jacob’s mother took him for a routine psychiatrist visit. As Jacob’s father tells it, the day began to spiral downward during Jacob’s meeting with the doctor. The doctor suggested the need for a change in medication. Jacob insisted he did not need a change in meds. In fact, he declared he did not need ANY medications. He walked out on the doctor and returned to the foyer where his mother was waiting. Mental health center staff saw his agitation and called the police because his emotional state appeared dangerous.

Jacob began to act out with considerable anger while making abusive comments to his mother and others. At some point in the psychotic rage, he pushed her hard enough that she fell to the ground. The center’s staff insisted Jacob go outside. He complied, went outside, and lit a cigarette

Soon the police arrived. Staff described what had happened to the police, who escorted Jacob back inside to the inpatient psychiatric ward without further incident. It typically takes several weeks as an inpatient to get Jacob’s medications regulated again, at which point he is usually able to return to his home in the community without posing a threat to anyone

“I see God’s hand in today’s events,” Jacob’s father reflected. “Jacob acted out in the one place where he could get immediate help.” Jacob did not have access to a gun and the absence of a gun in this story was critical to a positive outcome. However, the positive outcome for Jacob and his family relied on far more than just the absence of a lethal weapon

The things that went right in this story illustrate ways that ordinary people can reduce the risk of violent incidents, even while public officials battle over how to respond with policy changes. Jacob has an active relationship with his mother who felt the brunt of her son’s anger. Jacob’s parents remain deeply involved with their son, through extreme ups and downs and repeated episodes of psychotic rage

Jacob has a psychiatrist, who his mother takes him to see every month. Jacob’s mental health center and its team of professionals are a crucial part of what went right. They have been building Jacob’s trust for years, providing essential medical care within caring relationships, to stabilize the disruptions in brain function that spill over into unregulated behavior.

Beyond family, beyond professionals, are wider circles that play a contributing role when things go right. Taxpayers (perhaps reluctantly) helped things to go right for Jacob, funding Medicaid, his only access to medical care. More intentionally, people of faith dared to imagine decades ago that persons with mental illness deserved care, respect, and an alternative to the inhumane institutions that warehoused them like animals. Donors still give to the mental health center these visionaries founded, enabling higher quality care

Even more significantly, Jacob’s family remain engaged and supportive in his life because they do not care for Jacob alone. They rely on a faith community that actively listens to their stories, holds the family in prayer, steps in when Jacob needs something, and risks building personal relationships with him

The specifics will vary, but when things go right for someone having a violent psychotic break, you can be sure that an engaged community is providing multifaceted support, both in the moment and behind the scenes.

Building and sustaining communities that surround and support people with serious mental illness may be no easier than getting the public to agree on gun control legislation. However, it should spark no debate that God invites communities professing faith in Jesus to play an essential role when things go right.