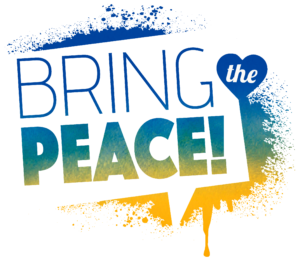 #BringThePeace is MC USA’s call to action for individuals and congregations to extend peace in our communities. #BringThePeace also is our prayer inviting God to bring the peace that expands our capacity for empathy, compassion and love that actively seeks to dismantle oppression and violence.

(Mennonite Church USA) — Mennonite Church USA (MC USA), a historic peace church that actively practices Bible-based peace, justice and nonresistance, has issued a call to white people to engage in anti-racism work in the United States and across the world. In an open letter to the denomination, Michael Danner, MC USA’s associate executive director of Church Vitality, invites his fellow white Christians to “engage in proactive, deliberate efforts to oppose and dismantle racism in all of its forms.”

Danner’s letter examines Jesus’ ministry of reconciliation across racial division as central to the work of being God’s people – and separate from political agendas and “popular notions of social justice.” Acknowledging that anti-racism work must occur on an individual and systemic basis, Danner urges white people to specifically take responsibility for examining their own biases, learning to recognize systemic racism and working as people of faith to ensure racial justice.

“Our denomination’s position against racism isn’t new,” said Glen Guyton, MC USA’s first African American executive director and one of its anti-racism trainers. “As a denomination, country and global community, we must move beyond making statements to long-term actions that yield positive results.”

Danner’s letter was published as a follow up to Race, Church & Change, the denomination’s most–watched live webinar series, which aired in two parts on June 25 and July 23, 2020. Led by a diverse team of church leaders and centering the voices of people of color, the series addressed questions, including “What role does racial healing and reconciliation play in being anti-racist?” “How do we begin a conversation about white supremacy?” and “What would it look like for congregations to practice racial reparations?”

In response to requests from webinar viewers across the denomination, MC USA also launched an anti-racism resource section within its new website today. The resource portal is designed to meet people where they are in their anti-racism journey and features four navigation pathways for further education and engagement:

Danner’s letter joins the voices of other Mennonites who are contributing to an ongoing blog series on the denomination’s website on what it means to do the work of anti-racism, recognize injustice and protest against it. The series emphasizes the need for white people to take increased responsibility in undoing white supremacy and racism, so most of the blog authors are intentionally white and addressing other white people in MC USA.

“The reality is that racism dehumanizes everyone, Black, Indigenous, people of color and white people,” said Iris de León-Hartshorn, associate executive director of MC USA. “Anti-racism has to become everyone’s work if we are serious about being freed from the bondage of racism.”

Putting faith into action, the denomination launched a Justice Fund on June 17, 2020, to “provide a way for individuals and congregations to support MC USA churches that are actively involved in dismantling racism, addressing police brutality, reimagining policing in our society or combating poverty.” In the first six weeks, contributions to the mutual aid fund have exceeded $12,000.

Mennonite Church USA is the largest Mennonite denomination in the United States with 16 conferences, approximately 530 congregations and 62,000 members. An Anabaptist Christian denomination, MC USA is part of Mennonite World Conference, a global faith family that includes churches in 86 countries. MC USA has offices in Elkhart, Indiana and Newton, Kansas.  https://www.mennoniteusa.org/

Read “To my white brothers and sisters…” by Michael Danner