“There’s a crack in everything, letting the light in — and out” 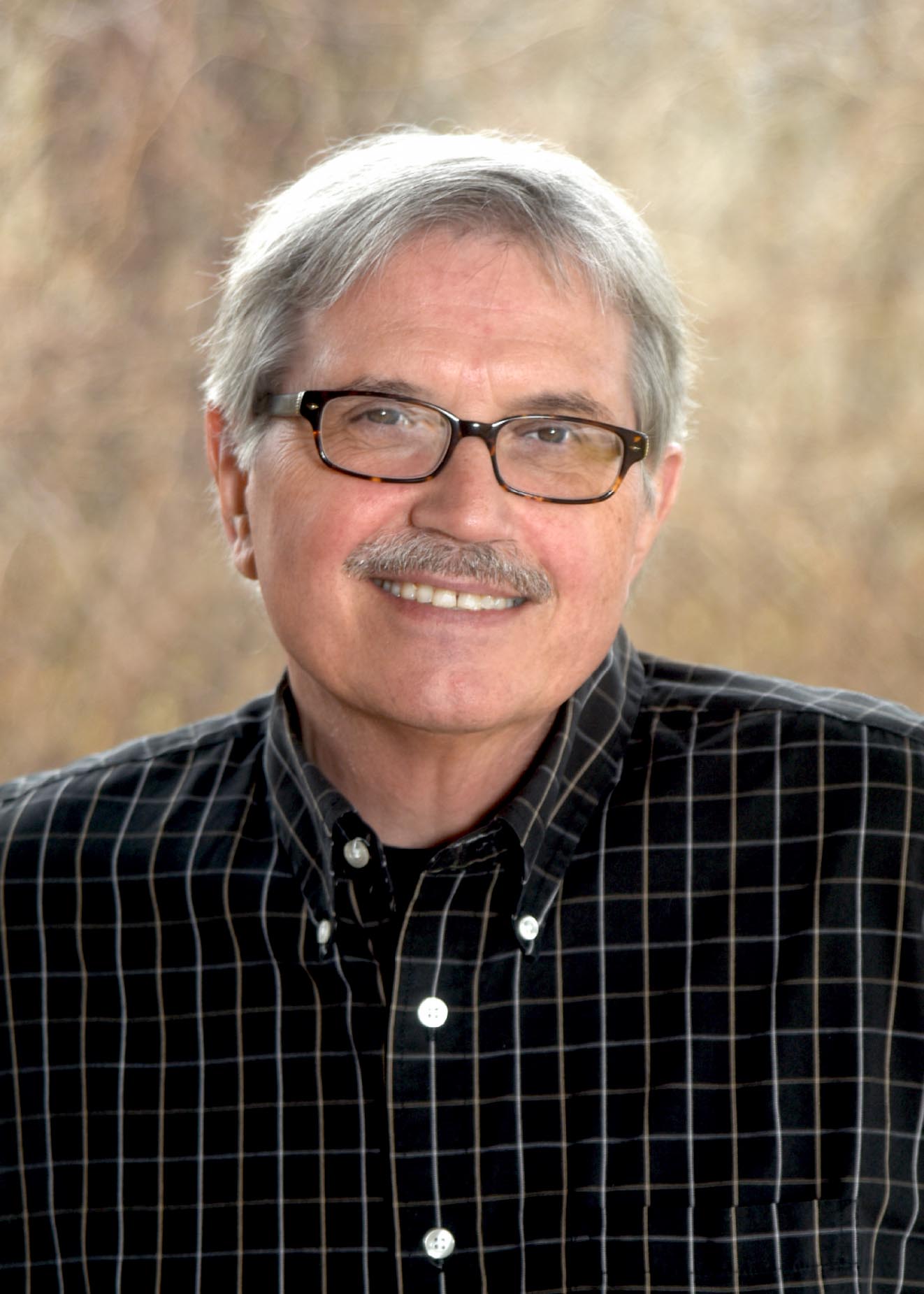 Ken Gingerich retired from his role as art director for Mennonite Church USA’s Executive Board staff in June 2016.

My first job out of college was to work for Mennonite Central Committee (MCC) in Akron as a graphic designer (1974–76). I’d been an art major at Bethel College in North Newton, Kansas, and had attended Hesston (Kansas) College and Goshen (Indiana) College as well.

After Leona (my wife) and I served in Brazil with MCC (1976–78), we came back to Elkhart, Indiana, and I got a job as the assistant print manager at Bethel Publishing, which was affiliated with the Missionary Church. A few years later, I started my own graphic design business in Middlebury, Indiana, where I grew up.

After our second son came along, I worked at Hesston (Kansas) College (1984–90) as alumni director and then communications director. In March 1990, the Hesston tornado came through, and we lost our house. The insurance helped us get out of our house debt. We’d been thinking about trying to find work in New Mexico, where we’d gone on vacation several times. Rocky Mountain Mennonite Conference leaders then invited us to help lead the Mennonite congregation in Albuquerque, so we moved there.

During our five years in Albuquerque, I took some architecture classes, which helped me get a job as graphics director at the Rio Grande Zoo. A highlight there was working directly with the architect to design the exhibits and spaces for the animals, and I think my kids enjoyed having a dad who could get them in through the back gate of the zoo.

In 1995, we came back to Elkhart, and I started working for Mennonite Board of Missions as a graphic designer and then art director. After Mennonite Church USA formed in 2001–02, I worked with Mennonite Mission Network and also began helping the Executive Board (EB) staff with the Exhibit Hall at conventions.

In 2004, I became art director for the EB staff, and we moved back to Albuquerque. I also did quarter-time fundraising for Mennonite Education Agency for two years in between.

I’m grateful to have had lots of years to build connections across the church. I’ve always been involved in church in some way — kind of like a “breathing in and breathing out” rhythm.

I’ve been privileged because I’ve been in a line of work where I’ve been forced to learn new technology, but it’s been for my own benefit. I started out working on the drafting table with an X-Acto knife and a wax machine.

I was at Hesston College in the Communications Office in the 1980s when computerization was starting. And now for the last 12 years, because of technology I’ve been able to work remotely as dispersed staff. It’s been so great being able to be both in the center and at the edge. The church is both — not one or the other — the center and the edge. We need to pay attention to both and love both — in both directions.

How have you experienced changes in the church?

As part of Mountain States Mennonite Conference, I know that the way we’re approaching being church causes some consternation. I have no fear of the future personally in terms of what the church can be. Structures continue to change, and I think that’s really refreshing. We’ve put so much energy into merging structures, and we’re hanging onto the parts that aren’t working, but it’s okay to let go and rethink how we want to do it.

I think the best thing we [Baby] Boomers can do is to become shade trees, creating a kind of shelter for new generations who need space to dream and explore ways of doing church that fit their needs. It’s still a very active role, but one that shouldn’t be controlling.

You’ve played a large role in shaping the experiences of convention-goers in the exhibit hall. Which exhibit hall layouts have been memorable ones to work on, and why?

Columbus 2009 comes to mind. We worked with a local nursery to set up a green area in the center of the exhibit space. They used compost, and the aroma was permeating the area. MMA (now Everence) had to put in fans to blow the scent away from their exhibit.

Nashville 2001 was fun, too, with mTown; that had more of a sense of energy. The space was somewhat constricted, and it was more crowded. Folks had to rub shoulders, and I think we enjoyed being together — which for me is what conventions should be about.

At Atlanta 2003 I remember setting up the somewhat smelly authentic felt ger that the Ohio/Mongolia mission partnership had gotten via shipping container — and of course the Mission Network coffee house with the arched aluminum rafters (I think still stored somewhere in Elkhart County). Best of all, they had baristas serving free coffee.

You’ve been involved with leadership in your congregation and area conference, with watershed discipleship initiatives and dismantling the Doctrine of Discovery; to name a few examples. How have these experiences intersected with your work as an EB staff member? What have been some of the highlights of your work?

There are high points and low points, but it’s all becoming one experience. I’ve been able to bring all of who I am to my job. I really have never drawn lines between work and church and personal interests; they’re pretty integrated in my head, and it’s been fun to be able to work like that. And in a way I’m not stopping now; I’m just changing lanes, because those interests continue.

What are your plans/hopes for your time in retirement?

I hope to combine my office and art studio into a design studio. I’ll keep painting, marketing my greeting cards and looking for nonprofit clients. I’m interested in working with congregations on larger design packages. I’d like to continue my involvement with projects connected to the church, such as being supportive of Tilt (Taos Initiative for Life Together, which focuses on life change, wilderness and community retreat) and continuing to explore watershed discipleship.

This fall I’ll be designing study guide materials for the Doctrine of Discovery Working Group and working with Mountain States Conference’s SEED project (Seek, Explore, Encourage and work to Develop vital churches), which gives us all hope and inspiration for the future. Albuquerque Mennonite Church is in the middle of a pastoral transition, so as worship elders, Leona and I are trying to put our “shade tree” philosophy into practice as we hold space until a new pastor is in place and others can assume leadership roles.

What are your hopes for Mennonite Church USA?

When structures continue to be under stress, it means there’s new light entering. I’m not too afraid of what’s coming. Clearly it will be different, but it will have more meaning for those who will be inheriting what we’ve been part of. Church is being reshaped to fit the needs of a new generation, and I think that’s how God intends for this generational process to happen.

I love the refrain from Leonard Cohen’s “Anthem”:
Ring the bells that still can ring.
Forget your perfect offering.
There is a crack in everything.
That’s how the light gets in.

Actually, it should be all about letting God’s energy flow through us. I’d like to think that’s how the light gets out, too.

Ken can be contacted here.

Ken_Gingerich_2016_300dpi.jpg
Ken Gingerich retired from his role as art director for Mennonite Church USA’s Executive Board staff in June 2016.