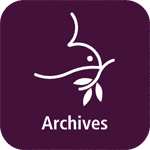 A collaborative project undertaken by Goshen College’s Mennonite Historical Library, the Mennonite Church USA Archives and Anabaptist Mennonite Biblical Seminary (AMBS), the digital library is freely accessible through the Private Academic Library Network of Indiana (PALNI) and Indiana Memory websites, and can be viewed at http://tiny.cc/JohnHYoder. The library also includes the full text of the “Concern” pamphlet series, articles written by young American Mennonite intellectuals between 1954 and 1971.

John Howard Yoder (1927-1997) was a prominent Mennonite theologian who introduced Anabaptist ideas into mainstream Christian theology. He served on the faculty of Goshen Biblical Seminary (1958-1959), Associated Mennonite Biblical Seminary (1960-1984, 1997), and Notre Dame University (1967-1997). His 1972 book, “The Politics of Jesus,” was named one of the top five theology books of the 20th century by Christianity Today.

“Scholars in fields such as Christian ethics, political theology and Mennonite history will benefit from having easy access to this material, as it demonstrates how Yoder’s thought unfolded over time in a variety of institutional and dialogical contexts,” Pitts said. “By giving us a more comprehensive portrait of Yoder as a thinker, the digital library will facilitate the necessary, if difficult, evaluation of the full complexity of his legacy.”

Yoder’s ministry credentials were suspended in 1992 and revoked in 1996 after sexual abuse of dozens of women came to light. In 2013, Mennonite Church USA and Anabaptist Mennonite Biblical Seminary formed a six-member discernment group to address Yoder’s abuse of women and the church’s response to the women affected by his actions.

The John Howard Yoder Digital Library was funded by a grant of $12,023 from the Institute of Museum and Library Services under the provisions of the Library Services and Technology Act, administered by the Indiana State Library. Recently the Shalom Foundation, a foundation created to distribute the royalties of John Howard Yoder’s publications, awarded an additional $2,000 grant to continue to build this digital library.