#WeAreMenno: Preventing child abuse, the work of the church 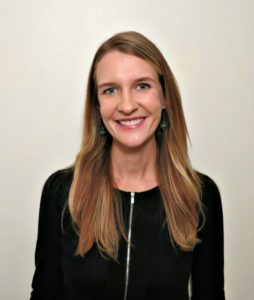 Anna Groff began as executive director of Dove’s Nest on August 1. She works from her home in Tucson, Arizona, where she lives with her husband, Brian Miller, and one-year-old daughter, Ella.

When I share with people about my new role with Dove’s Nest, I hear everything from,

“I thought child protection policies were required for all churches” (from someone in Pennsylvania, a state with new laws for all volunteers working with children) to “I didn’t know abuse happened in churches.”

While we all wish the second comment were true, we know it isn’t. This summer I read a terrible account in Nicholas Kristof’s book, A Path Appears: Transforming Lives, Creating Opportunity.

One chapter began with this sobering story:

“When Becca was four years old, her dad was killed in a car accident by a drunk driver. Her mom was left with five children and was grateful as the church and community stepped forward to help. Among those who assisted was a family friend. Once, during a spaghetti dinner at church, this man led Becca to an upstairs room, close the door, and sexually abused her. ‘I just remember thinking, If I drop this plate of spaghetti, I’ll get into so much trouble.’ So, she put up with it – and the man continued to abuse her for the next two years.”

And, unfortunately, this kind of story is more common in our churches than we would like to imagine.

However, there are many signs of hope in the area of increased child safety and child protection in churches.

I’m only a few months into my role with Dove’s Nest, but I’ve already seen God at work.

Last month I heard from a Mennonite Church USA pastor whose church has a protection policy stating that only children initiate touch and they can say “no.” When a man wanted to shake hands with a girl after church, she was empowered to say, “No, I don’t know you.” But the man still reached out and tickled her. A parent witnessed this and reported it to the pastor.

The pastor met with the man and told him about the church’s protection policy. The man responded appropriately – with embarrassment – and assurance that he had no thoughts of crossing boundaries.

The man didn’t come to church for a couple weeks. The pastor learned soon after that he was arrested for a warrant from the mid 2000s for misdemeanor sexual misconduct with another adult.

Some church members arranged visitation for him in prison and helped arrange bail. When he was released, he returned to church. The pastor decided he needed do more to follow up with the situation, so he checked with Dove’s Nest and his area conference. Then he ran a background check on the man and found that he has a history of aggressive behavior, but no legal record of misconduct with children. So, the pastor and another church leader met with the man that week and asked him to commit to a formal covenant with the church.

The covenant explicitly stated he wouldn’t have physical contact with children, would not be alone with children in the congregation, and that the pastor would inform the parents of elementary school children in the congregation about the covenant. The man initially hesitated, but in the end, he agreed to the covenant, because he said he understands the need of the church to be careful and that he wants all the kids in church to be safe.

Later the pastor told me that his church is fully committed to safety, protection and listening to children, but also to welcoming people from all backgrounds.

They are trying to walk that line.

Other churches find themselves in similar situations. Thankfully our denomination supports abuse prevention and we see this in the new resolution passed in July at Kansas City 2015: A Churchwide Statement on Sexual Abuse. Two of the commitments in the resolution are: One, develop and teach healthy, wholesome sexuality. Two, make sure child protection policies and procedures are in pace and followed.

Dove’s Nest is equipped to resource and partner with churches and institutions to help them achieve these actions through trainings, policy consultations and support for teaching the Circle of Grace curriculum that teaches children and youth how to identify and maintain appropriate physical, emotional, spiritual and sexual boundaries.

I am blessed to have had a wonderful church experience as a child and youth. I want this for all children, and I believe Dove’s Nest plays an essential role in keeping children safe in church and beyond.