#WeAreMenno: The president, a settler, a Palestinian and I 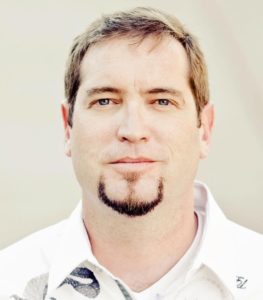 Hal  Shrader is the Lead Pastor of Trinity Mennonite Church.  Having served in ministry in California and Chile, he now lives in Phoenix, Arizona with his wife Christine, daughter Madison, and pit bull terrier Lucy.

Over the last weeks, pundits from certain sectors of the media have accused President Barak Obama of making excuses for Islamist militants such as ISIS and for equating the horrors committed in the name of Christ during past eras with those carried out by terrorists today. The criticism stems, for the most part, from comments the President made at the National Prayer Breakfast, held at the Washington Hilton on February 5.

“From a school in Pakistan to the streets of Paris, we have seen violence and terror perpetrated by those who profess to stand up for faith, their faith, professed to stand up for Islam, but, in fact, are betraying it. We see ISIS, a brutal, vicious death cult that, in the name of religion, carries out unspeakable acts of barbarism … claiming the mantle of religious authority for such actions.”

The President went on to ask how we, as people of faith, reconcile the great capacity for goodness, love and compassion that exist in all our religious traditions while acknowledging there are those who distort religion towards misguided, sometimes tragic ends. Here is where he got into trouble:

Some cable news personalities raised shouts of accomodationism, insisting that the President was letting Islam off the hook for being the font from which ISIS commits its barbaric, murderous acts. Others were offended that atrocities from the past, carried out by the church, would be spoken of in the same breath as those in the present, carried out by Islamist terrorists.

That is not what I heard.

I was in the room that morning, attending the Prayer Breakfast as well as participating in meetings and functions related to it. I was there to build bridges and establish relationships with others who are working for peace around the world in the name of Jesus. There are many in the larger Christian world who are grateful to the Mennonites and continue to look to us for resources and direction as they work for peace in the name of Jesus. One man specifically thanked me for the book “Reconcile,” by John Paul Lederach, and the influence it has been for him and thousands of people outside of Mennonite circles.

In the President’s speech, I heard a call to all of us who purport to follow Jesus, to do so with a sense of humility, realizing that our convictions can blind us to the will of God.

As I often tell my students, “You know you have been wrong in the past; you know you will be wrong in the future. The trick is knowing about what you are wrong right now.”

Two men that embody this humility are Sami Awad and Nachum Pachenik. Sami is a Palestinian Christian and Nachum is an Israeli settler. They each come from backgrounds which traditionally, find their differences irreconcilable, and their problems insurmountable.

Sami is the founder of Holy Land Trust, an organization that works to address the challenges and barriers that exist to building a true and just peace in the Holy Land. Nachum is the founder of Eretz Shalom (Land of Peace) a social movement that works at advancing dialogue and building peace between the Arab and Israeli inhabitants of Judea and Samaria.

We sat in a small hotel conference space. Thirty of us, mostly dressed in suits and ties, filled the room. We listened as Sami and Nachum told us stories of working with those who they had been taught to think of as the other. They encouraged us to have faith that peace in the land is possible as it was prior to 1948, when Jews, Christians and Muslims lived together in peace as neighbors in the land.

Towards the end of a time of questions and answers, a man in the back of the room I had not seen before stood up to talk. He had no suit, only street clothes, and he began to speak nervously as he read from what appeared to be notes on a tablet device. To protect his identity, I will not use his name.

The room got tense. How had he gotten in here? Was someone going to remove him? We all sat in silence to see what would happen.

Nachum has a big beard and piercing eyes. He took a moment and then he responded. He answered the man’s questions in a way that cut the tension and lowered the anxiety in the room. There weren’t any easy solutions, but this Israeli settler spoke to this hurting man from Gaza with love and compassion.

After they were done speaking one of the leaders asked me to pray. I don’t remember what I said. But as I finished, Nachum stood up, pushed his way through the crowd toward the man. When he reached him, he threw his arms around him as the man began to weep. They stood there embracing one another for many minutes.

It was one of the most holy moments of my life. I thought to myself, “If an Israeli settler and a Palestinian man from Gaza can express compassion for one another, can listen to one another, then there is hope for those of us who are dealing with conflict in our own lives, our own families, and our own churches. We just need to listen and to love – to have compassion and humility.

Later on in his speech, the President said:

“Our job is not to ask that God respond to our notion of truth – our job is to be true to Him, His word, and His commandments. And we should assume humbly that we’re confused and don’t always know what we’re doing and we’re staggering and stumbling towards Him, and have some humility in that process.”

As we stagger and stumble during this our time of struggle together, I pray that we will, in humility, be true to God and be reflective of his love and compassion to each other and to the world.