I am in mourning: a white woman’s response 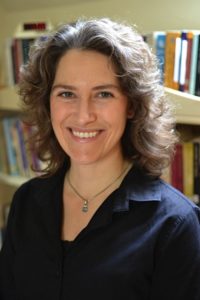 I am in mourning not only because Trayvon Martin is dead, not only because the state of Florida has deemed it acceptable for a man to use deadly force against an unarmed African American 17-year-old male, and not only because the dysfunction of my nation and my Christian faith tradition plays itself out painfully primarily in the bodies of black people, brown people, women, and LGBTQ people.

I am also falling into deeper and deeper despair as I observe fewer Facebook posts of outrage from my white friends than my black friends. The message that is reinforced to me is that white people do not have to even pause to consider how African Americans have been poignantly reminded that they are not safe in this country. I cannot tolerate this and I cannot be silent.

I identify as a white U.S.-American woman, native of West Virginia, a Mennonite Christian, Bible scholar, and peace activist. I have done some personal work in identifying and confronting my own racism, I have been on my institution’s anti-racism team, and I have taught college classes on the social construction of whiteness and white privilege. And this is not enough. I feel like this has to be a significant turning-point experience for me and I pray that it will be an important moment for undoing racism in the church.

Yesterday I went to a women’s day celebration at St. James A.M.E. Church (Elkhart, IN, http://stjameselkhart.org/) with the theme, “Shackles Off Our Feet: Finding Our Spirits, Our Voices, Our Selves in Christ.” In the spirit of finding my voice in Christ and honoring my unshackled feet, I’m going to publicly declare some concrete actions.

These are small and preliminary steps. But I hope my list will grow and I hope that my friends, colleagues, and community members will help me, challenge me, and inspire me to more.

I have read some very good things on Facebook in recent days. Please check these out if you have some time.

The blog with the most impact for me has been Christena Cleveland’s “3 Things Privileged Christians Can Learn from the Trayvon Martin Case,” (http://www.christianitytoday.com/edstetzer/2013/july/3-things-privileged-christians-can-learn-from-trayvon-marti.html). Cleveland called privileged Christians to realize there are multiple realities in America, to listen and learn from oppressed people, and to practice solidarity with diverse people. Further, Cleveland reminded me to look to Jesus’ incarnation as an example of putting this into practice: she helpfully named Phil 2:5–8 as the “cross-cultural advocacy” of the cross. Jesus is, indeed, radical in his reconciling work.

Drew Hart in a rich theological reflection also referred to the Philippians 2 passage in “Pain Medicine: Trayvon, Simon of Cyrene, and Jesus” (http://drewgihart.com/2013/07/15/pain-medicine-trayvon-simon-of-cyrene-and-jesus/). He says, “God has and continues to hear the cries of the oppressed and violated. God, took on human flesh so that he once and for all could overcome the death-dealing and sinful forces that oppress and do violence to the poor, oppressed, and vulnerable. Jesus did not just take on human flesh, he took on Doulos flesh, in the Greek that is Servant/Slave flesh. … Jesus did not come as one who benefited from the privileges of Roman society.”

I thank my friends, Crystal Sellers Battle and Lisa Schirch, for posting resources to help white people understand the systemic, pervasive, and persistent nature of racism in the U.S. Crystal posted a March 2012 article from Ebony (http://www.ebony.com/news-views/dear-white-folks-black-people-are-sensitive-to-race-so-and-what#axzz2Z83nWYDH) by Joyce Clark Hicks. Lisa gave the link to Upworthy’s repost of an ABC hidden-camera experiment that demonstrates blatant race and sex discrimination (http://www.upworthy.com/know-anyone-that-thinks-racial-profiling-is-exaggerated-watch-this-and-tell-me-when-your-jaw-drops-2?g=2&c=bl3).

Finally, my friends Hannah Heinzekehr and Brian Gumm, also wrote insightful calls to action. Hannah posted “On Trayvon Martin, Privilege and Race” on her blog, the femonite (http://www.femonite.com/2013/07/15/on-trayvon-martin-privilege-and-race/), calling Christians to move beyond silence; rather, “as Christians, and perhaps for many of us as Anabaptist Christians, who draw on the peacemaking and justice-loving story of Jesus Christ as our primary source of truth, we must care. It’s not ok to sit back. There is a place for productive anger within the church, and Trayvon Martin’s story should make us angry.” Brian’s post, originally at http://restorativetheology.blogspot.com/2013/07/race-state-justice-and-radically.html and now picked up in a slightly edited version as “The State’s Justice and the Powers after Trayvon” (http://www.politicaltheology.com/blog/states-justice-powers-after-trayvon/?fb_source=pubv1), also frames Christian response, particularly “radical ecclesia, radical democracy, and restorative justice,” as “powerful and transformative alternatives to the state’s justice.”