Home / Menno Snapshots / Mennonite women in leadership: crucial for our future together
May 17 2013

Mennonite women in leadership: crucial for our future together

This post was originally shared by Tim Nafziger on his blog “As of Yet Untitled” with The Mennonite, April 26, 2013. The Women in Leadership Project is grateful for Tim’s support. We believe that our work is for women and men together. Only in recognizing the ways that we are all diminished by sexism, can we create a new reality.

It was five years ago in May 2008 when the Mennonite bishops of Lancaster (Pa.) Mennonite Conference finally allowed ministerial credentialing of women in their churches. Notably, they stipulated that women were still not allowed to become bishops. 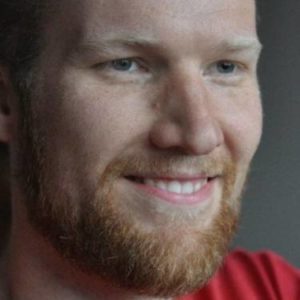 Tim Nafziger is passionate about gathering people with shared values to work together for change in our communities and our world. One such space is Christian Peacemaker Teams (CPT) where he works as interim assistant director. Tim lives with his spouse Charletta in the Ojai Valley in southern California where they connect with Bartimaeus Cooperative Ministires.

I followed this story closely because I grew up in the Lancaster Conference until I was 13. I watched the damaging impact the anti-women culture had on my mother when she became Sunday school superintendent in the church where I grew up. Shortly after my grandmother’s brother left the church as a result of my mother’s new role, my grandmother came to visit. I’ll never forget listening to my mother tearfully explaining to my grandmother why she’d taken on the role. “No one else wanted to do it,” she explained. She had hoped that the male leaders in the church would back her up, but they did not. They were both crying by the end of the conversation.

Currently the Governance Council of Mennonite Church USA, made up of the executive director, director of churchwide operations, agency directors, agency board chairpersons, the moderator and moderator elect, has 10 men and one woman.1

The audit interviewed some of the women who declined high-level leadership positions in order to better understand their reasons. One woman pointed out the sexist assumptions underlying job expectations: “If I had a wife at home, I could take on that leadership position.” Along with a wide range of other input, this led to Women in Leadership project focusing on empowering worship resources, telling women’s stories, mentoring and undoing sexism.

In today’s blog post I’ll be looking at this project and drawing on blog posts from the Women in Leadership blog that is part of the project. This work is crucial for the future of both men and women in our church.

Dumb yourself down and act tame

In A Transformation through the Values Based Leadership Program, Janet Treviño-Elizarraraz powerfully writes about the pressures that patriarchal culture put on women to play dumb and not be assertive.

“When I ran into my girlfriends,” Treviño-Elizarraraz says, “I learned how to dumb myself down so as not to stick out.”

This post serves as a sequel to Treviño-Elizarraraz’s earlier piece in The Mennonite entitled “Do I fit in the Mennonite church?” in which she explicitly names a toxic mix of racism and sexism that beset women of color:

I’ve met people in the Germanic Menno­nite culture who identify themselves without apology with this personality as well. But the difference is this: Most of those people I’ve met are men. It’s a lot easier to accept a man like me than a woman. Whereas in church leadership positions I may have excelled, in community, we all failed. In a church where community building is a high value, my personality, with its inevitable blind spot of considering others, created an even greater need for conversations that may include confrontation and conflict.

As I’ve processed this, I’ve heard from other minority Mennonites that to be in this church, you must act tame. “Find yourself a small group to be all you are, but while doing church, you’re to be the quiet version of you and not make waves.”

Treviño-Elizarraraz asks whether she can fit in a church that systematically oppresses its members (my words, not hers). What more powerful testimony do we have about the problems in our church? Our strongest leaders are not askinghow they are called to lead, but instead whether they are can survive in our church at all. This is a crisis not only for women but for all of us who seek to be the whole body of Christ together. When women are empowered to bring their full, untamed voices to the table, as a community we can better “become agents of healing and hope in the world.”2

The Women in Leadership project has led the way in naming not only how sexism, but also racism, affect women. Both of these oppressions are at work in Treviño-Elizarraraz’s story. Drawing on the work of writer bell hooks, Joanna Shenk laid out the challenge in her post Race and Gender: An optional conversation for feminists?

How often have I as a white woman forgotten to recognize race as inextricably linked to the work for gender justice? It’s easy for me to think of myself as only a woman working on “women’s issues,” whereas women of color cannot separate gender from race in their lived experience.

The conversation continued last month with a webinar entitledWomen Leaders Engaging Race and Gender in the Church led by Regina Shands Stoltzfus, Linda Gehman Peachey, Joanna Shenk. Shands Stoltzfus began the conversation started with the story of Jarena Lee, the first women in the African Methodist Episcopal Church authorized to preach (although not ordained). Gehman Peachey took a close look at some of the ways those of us with privilege sometimes fail to see it. She reminded the audience of the importance of not putting responsibility back on women but to look at the system. I can’t help but think of the way my mother ended up being blamed for her decision to become Sunday School superintendent while the hurtful, sexist culture of the church went unchallenged.

It is precisely that challenging, that the Women in Leadership project is doing along with like-minded projects like Our Stories Untold and The Femonite.

I will end with a quote from Erica Littlewolf, a member of the steering committee for the project. In an interview by Hilary Scarsella she names the vision of a better world she is working for in response to Scarsella’s question, “What keeps you motivated?”:

It doesn’t feel like work! It feels like a part of who I am, and the work I do feels natural and spirit-filled. I am also motivated by my nieces and the realization that I want a different world for them. I always wanted to change the world—the “world” being outside of me. I began to realize the biggest change I could make was through changing myself. Being willing to take on the hard work of self- transformation is the best way of ensuring that my nieces will live in a different and better reality than mine.

May we all come together to make it so!

1 These numbers are as of 2009. Everett Thomas offers this update: “The numbers will change after the Phoenix 2013 convention to four or five women: Elizabeth Soto Albrecht as MC USA moderator; Madeline Malonado will chair the MMN board; Melissa Miller currently chairs the MennoMedia board; Malinda Berry will chair the MEA board, and, if the delegates approve MHS Alliance becoming a denominational agency, Lee Snyder currently chairs that board.”

2 That’s part of The Mennonite‘s mission and a goal I hope we all share.