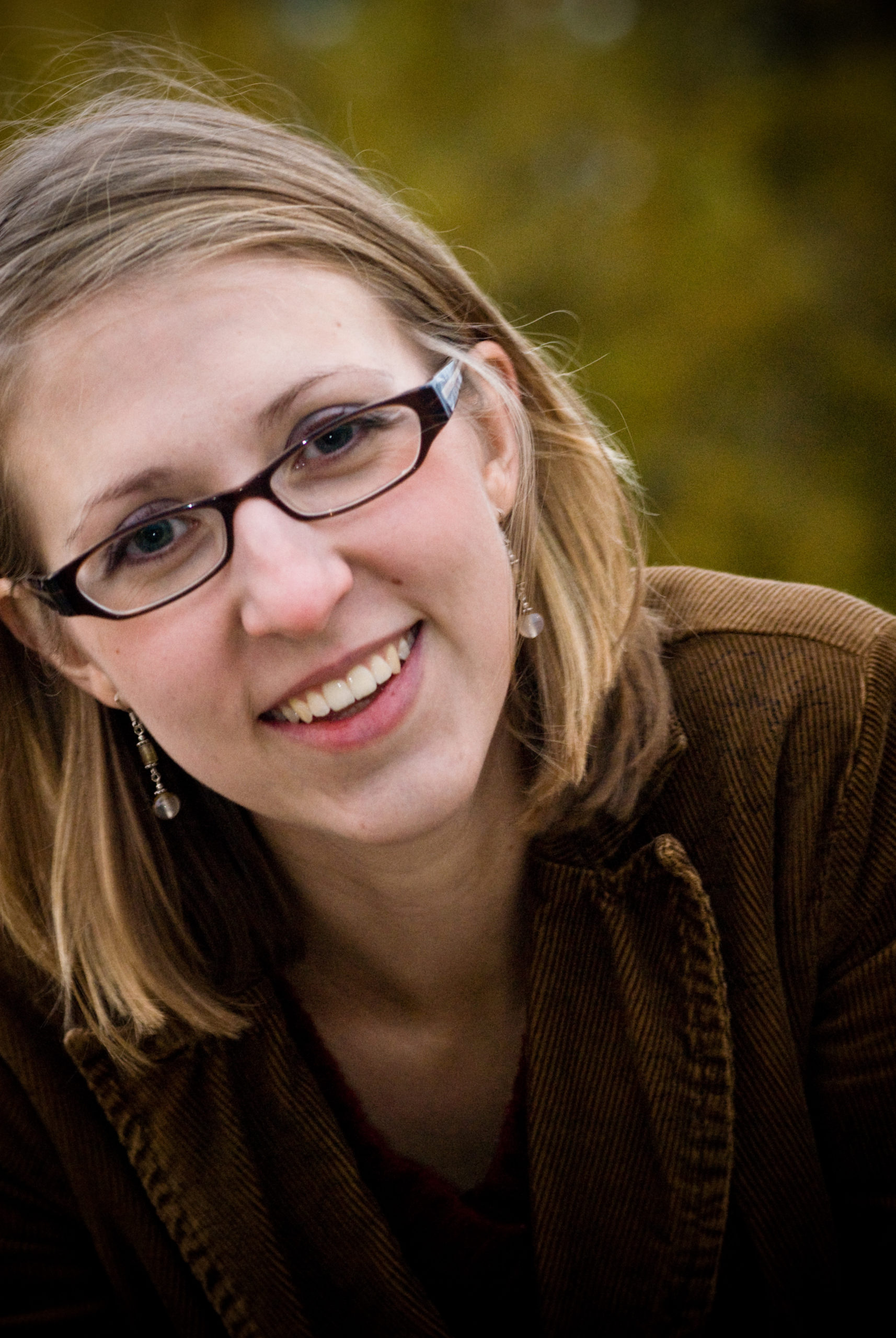 I was not raised by a Mennonite mother: mine was a conservative Baptist upbringing in suburban Detroit. My cultural heritage is Polish, German, Southern, question mark: the melting-pot American history that offers round steak and rice one night, spaghetti the next, brownies and apple pie for dessert.

The meandering path that led me into Anabaptism—a study of church history, a questioning of our approach to the Bible and especially the teachings of Jesus, a longing for community—is hardly an unfamiliar one for anyone familiar with the neo-Anabaptist upsurge of recent years. Similarly unsurprising is my conversion to Christian feminism as I both experienced and studied the church’s track r

ecord with women. A bit more unusual is the fact that I ended up, after nearly three decades in the Midwest, becoming an English professor in Saskatoon, Saskatchewan, an area densely populated by Mennonites. This move also led my partner into a Mennonite pastorate. Six months into these new gigs we found that we were expecting a child.

And so I find myself transplanted into a land where perogies and farmers sausages reign, where Low German still fills the Tim Horton’s at morning and afternoon coffee hour. I am not only here, I am the pastor’s wife. And I am about to become a Mennonite mother.

Enter Mothering Mennonite a book edited by Rachel Epp Buller and Kerry Fast and published just this year. It is not a how-to manual, but rather a multi-disciplinary, multi-genre collection of research and reflections on the practices of mothering in a Mennonite tradition. Groundbreaking in its incorporation of religious belief with maternal theory, the book covers a wide swath of territory—in the literal sense of Mennonites in North America and Latin America, but also in the historical sense of past and present, and in the formal sense of scholarly and creative pieces. These range from theory-dense ethnographic studies to sociological interrogations of abuse to poetry. In the feminist tradition of Jane Tompkins’s groundbreaking essay “Me and My Shadow” (1987), however, even the most academic pieces tend to include first-person pronouns, as contributors locate themselves within the topics they address.

Many of the contributions rely heavily on genealogies, the sense that “mothering Mennonite” is a series of practices passed on from mothers to daughters and beyond. Many of the authors bring academic study to their own family histories, mining the archives of photo albums. Indeed, photography is important throughout the book, which devotes its first section to essays on “Picturing Mothers and Daughters”: writers tease out the significance of these images of women, the question of who they were and how they came to be. 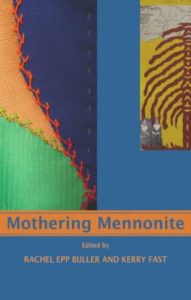 Published May 2013, by Demeter Press

“Challenging Mennonite Motherhood,” the third section, includes essays on singleness, chosen childlessness, and infertility, an editorial move that strengthens the book in its acknowledgment that mothering is not the only avenue open to Mennonite women (or ought not be), nor is it without its pains. This section makes space for lament of both unfulfilled desires to mother and also undue pressures, while acknowledging that the ethno-religious context of Mennonite life often assumes a mothering script for women.

Other highlights include a piece on the significance of the More with Less cookbook (one of the earlier cultural markers I was introduced to in the Chicago community that wooed me into Mennonite ways); Kirsten Eve Beachy’s brief narrative “Milk” that explores the dynamics of a writerly city girl marrying into a farm family (I can relate to the city/country transition); and my friend Edna Froese’s blend of literary criticism and personal reflection on Mennonites Don’t Dance. Also heartening: Christine E. Crouse-Dick’s mention of the Women In Leadership Project as a source of hope.

Mothering Mennonite does have a scholarly flavor to it—as I’ve mentioned, poems and narratives are interspersed with more discipline-specific papers that rely on literary, feminist, and sociological theories. The book is not a sentimental or nostalgic praise song for the mothers—though it honors the difficult and important work they have done, it also tends to approach the vexed questions of mothering Mennonite with at least a willingness to be critical. Still, contributors also tend to take seriously the good that can come from practices of mothering empowered by belief.

I think the book will be of interest to anyone interested in Mennonite women’s issues—not only seminary students and college anthropology majors but also people intrigued by Mennonite history (as I find many of the older generations in our congregation are), and women who are seeking to think critically about the practices we inherit within our communities. It is certainly a resource of both past and present thought about Mennonite women in leadership, a starting point and dialogue partner for the good work I know women around the continent are doing. In other words, I recommend the book to any readers of this blog, and commend Rachel Epp Buller, Kerry Fast, and the many contributors for their contribution to an important conversation.