Tools not only to survive, but thrive 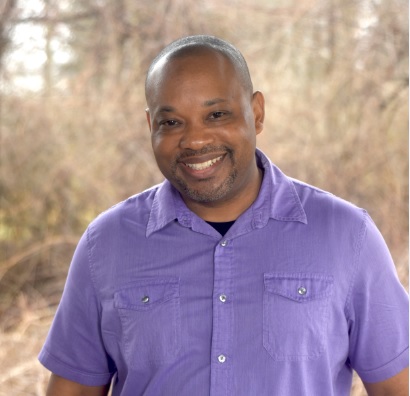 Culture Shock kicked off Friday night, Aug. 28, 2016, with close to 400 youth, young adults and parents in a high-energy worship service that included dynamic music and a comedian, KevOnStage, who poked fun at culture, community rituals and church traditions that in the moment generate high emotion but often leave us empty after we walk. The young people and youth sponsors who attended Culture Shock definitely did not walk away from the weekend empty. They walked away with tools and knowledge that will allow them not only to survive, but also to thrive in a culture where it sometimes seems that the color of their skin is a limitation rather than a simple measure of the accumulation of melanin in their skin cells.

Culture Shock was initially supposed to be a small youth event designed to address police violence against people of color, but soon became so much more as C3 — Calvary Community Church in Hampton, Virginia — partnered with Mennonite Church USA to host the first event. C3 leaders used their existing connections to register close to 90 young people to participate in the educational part of the leadership event. I shared with the group at the end of the opening worship: “You see all the people in this room? They are here because you have value. They believe in you, and this weekend you will get information about programs that can take you around the world and resources that will help you survive.”

The beauty of the event was that it not only touched young people from Mennonite backgrounds, but it also introduced many youth from the local community to the wonderful programs that Mennonite Church USA has to offer.

Pastors Caleb and Lesley (Francisco) McClendon, assistant pastors at C3, pushed to make sure that local community was part of the event. “We were very happy with the turnout,” said Pastor Caleb. “C3 hopes to build on the positive nature of the event.” Pastor Lesley said, “We really should do this in other cities.” One community group, G.I.R.L.S. Club (Girls Influenced by Righteous Living in all Situations) registered more than 40 young women to participate. On Saturday Rachel Gerber, denominational minister of youth and young adults for Mennonite Church USA, shared a devotion; Beryl Jantzi, director of stewardship education for Everence, talked about financial success; leaders from C3 talked about inner branding and character development; and Rachel Swartzendruber Miller, vice president of admissions and financial aid for Hesston (Kansas) College, brought information on educational success. Other organizations such as Eastern Mennonite University, Harrisonburg, Virginia; Goshen (Indiana) College; and Mennonite Mission Network provided information for programs that young people could be a part of.

The highlight of the weekend was the education and interactive role-playing session led by the Hampton Police Department and the Virginia Commonwealth Attorney’s office. Participants got a very enlightening history of policing in America from its pro-slavery roots to the modern-day policing policies implemented by the Obama administration. Participants were able to ask questions and run through what-to-do-if-stopped-by-the-police scenarios. They were able to walk away with a better understanding of not only how the police work but also how the legal system works, with information provided by Virginia Commonwealth Attorney Anton Bell. The session helped put a human face on police officers, all of whom were African-American. School Resource Officer David Johnson said that the most important aspect of his job was to create relationships with his students so that if problems occurred, mutual respect was already established.

When asked what his greatest fear was, the father of two said, “Before I leave home every morning, I put on my bulletproof vest and pray, ‘Lord don’t let me take anyone’s life, and don’t let anyone take mine.’”

All the officers emphasized that they worked harder than anyone to keep bad officers off the street. They detailed the training programs and policies for the Hampton Police Department that had been put in place to prevent biased policing and abuse of power.

As Mennonite Church USA tries to be faithful to this biennium’s focus of Love is Verb, Culture Shock was love in action. Young people from as far as New York City now have tools to help them survive and thrive in a culture that often devalues them. The ministry of peace and reconciliation was demonstrated through the many partnerships that made this event successful. It is our prayer that more congregations look beyond the walls of our buildings and reach out into the community to meet needs, provide resources and share hope. This event was made possible by a grant from the Schowalter Foundation.