How will I respond to fear? 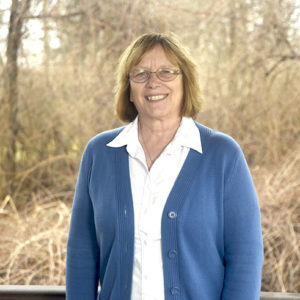 In expressing concerns to me about the future of Mennonite Church USA, someone recently said, “I fear the direction the Mennonite Church is headed in. I fear we are losing all that we hold dear. Is the church going to survive all this?”

For the rest of the day, I kept thinking about the word fear that was used over and over in that conversation. That night, I was reading the story of Mary Magdalene and the other Mary going to the tomb in Matthew 28 and was hit again with the word fear. In this chapter, Matthew tells of three different experiences of fear and three equally different responses to it.

First, we see the guards at the tomb. They were simply doing their jobs when suddenly there is a great earthquake. Then an angel appeared out of nowhere and rolled back the stone from the tomb and sat on it. The angel’s appearance was described as being like lightning. Then scripture says, “For fear of the angel, the guards shook and became like dead men.” The sudden commotion took them by surprise and they reacted to the sight by freezing in their tracks. They were fearful of what was happening and unable to do anything.

When the guards could finally move again, some of them went to the chief priests to report everything that they witnessed at the tomb. From there, the guards allowed the chief priests to determine what they did next. The chief priests gathered with the elders to devise a plan to manage the narrative of what happened at the tomb. They had a vested interest in silencing the truth. The guards accepted money to tell another version of the story rather than deal with what had really happened. Their fear sold them out as they walked away from it all. The chief priests believed they must control the outcome. While the word fear isn’t used in the verses about the chief priests, their actions reflect fear — fear of their authority being challenged? Of being humiliated? Of being wrong? Of losing control of the people?

Now the women, Mary Magdalene and the other Mary, felt the earthquake and also saw an angel rolling the stone back. This was the second traumatic experience for them is just a few short days, the first being the execution of Jesus before their eyes. Their whole world had been turned upside down, filling them with tremendous grief and fear. Now they were being shaken up by another shocking experience. Yet their response was so very different from the guards. They were able to hear the angel say, “Do not be afraid,” and received instructions on what to do next. It says that the women quickly left the tomb “with fear and great joy” and with instructions to tell the disciples to go to Galilee where they would find Jesus. Their fear did not stop them from moving and acting. In spite of their fear, they had hope about the possibilities of what lay before them, even if they didn’t fully understand all that was going on. As they headed back, they met Jesus who also told them not to be afraid and encouraged them to tell the disciples to go to Galilee to meet up with him. What reassurance to continue to move. But if they hadn’t moved after the angel spoke to them, would they have met Jesus?

Three responses to fear, but only one was life giving. It required trust and it required engagement. The women’s response allowed them to experience the joy and the new possibilities for their future.

Yes, a lot has happened in Mennonite Church USA in the last several years. It doesn’t look like it used to look. There are congregations and conferences who have left Mennonite Church USA. The church is facing a number of challenges. When I am tired and discouraged, I can become fearful of what will happen to the church as well. Matthew 28 reminds me that I have options in how I am going to respond to my fear. Will I become dead like the guards and frozen in my fear? Will I become like the chief priests and hold on to what was in an attempt to keep the church like it was? Or am I going to open myself to God’s leading, trusting that when I am afraid, God makes a path that is full of possibilities and life.

I am looking forward to convention in Orlando in July. A week ago someone asked me what I thought would happen in Orlando, as if I could predict. Of course I don’t know, but I have hope that something new is about to happen. My hope is built on past times when God has done a new thing within the church and on Isaiah 43:18 that says, God is about to do a new thing. While I can can’t know what will be, I trust God. I am excited about the Future Church Summit that will take place as a part of the convention. I believe it will give space for the Holy Spirit to move among us. The Future Church Summit is not about rehashing old conversations, but as David Boshart said in his April post, “It is a process that requires yieldedness to the new and clear thing that God wants to birth among us.” The kind of yieldedness that the two Marys demonstrated when they were open to listening to the angel and then took the first step away from the tomb.