Home / Convention News / The Future Church Summit: What can I do for others because of my faith?
Mar 08 2017

The Future Church Summit: What can I do for others because of my faith? 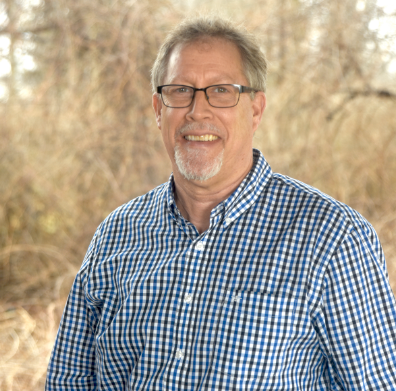 The Future Church Summit will take place July 6-8, at the Mennonite Church USA convention in Orlando. It will be a generative, open space for denomination-wide conversation — to dream together, reset priorities and engage one another in answering the question: How will we follow Jesus as Anabaptists in the 21st century? Leading up to the summit we invite you to reflect on our shared history, what being Anabaptist means for you and your hopes for the Future Church Summit.

Terry Shue is director of Leadership Development for Mennonite Church USA and a member of the design team for the Future Church Summit.

The process design for the Future Church Summit is something that I am very excited about.

I believe that exploring how God has been moving in our midst, through a glimpse at our history and grappling with poignant questions, will be an important step in clarifying our identity and setting a direction as a denomination.

For such a time as this we will gather in Orlando!

As I reflect upon my years as part of the Mennonite Church, I go to my youth. Yes I am one of those! Growing up in southern rural Kansas, our small Mennonite congregation was rather secluded. Yet one of the deep and early impressions of being a part of a larger group than my local congregation was on a Sunday morning when I was in high school.

Late on a stormy, summer, Saturday night a tornado destroyed much of a town north of us, leaving scores of victims hurting and homeless, with their belongings scattered. When we arrived at church that morning, having heard only sketchy reports from the radio, we discovered that all of the services were closed and everyone who was able was asked to go help clean up the damage. Without hesitation, most of the congregation went home, changed clothes and headed to the worshipful work of the day. As I recall there was a remnant of elderly people who remained at church and had a prayer service for those affected by the storm.

When we arrived on site, I was amazed to find other persons from other Mennonite churches who had come to the damaged area to help clean up as well. Congregations I had never heard of, with people I had never met. Upon arrival National Guard personnel asked if we were with the Mennonites and when we said yes, they allowed us in the secured area and we were given free rein to work with the cleanup.

There, working side-by-side with persons from other Mennonite congregations that I didn’t know, as well as the owners of the scattered property, I realized I was part of something larger than my local congregation. I saw firsthand in a very concrete way, that we were doing something together that would have been nearly impossible for us as a small congregation to do alone.

It was there on that summer Sunday morning, sweating and dirty, that I began first to realize that the question I needed to ask was not “What can my faith do for me?” but rather “What can I do for others because of my faith?

Now, four decades later, my prayers and hope for our denomination is to find an identity that sets aside the first question above and wrestle with the second one.

See you in Orlando!