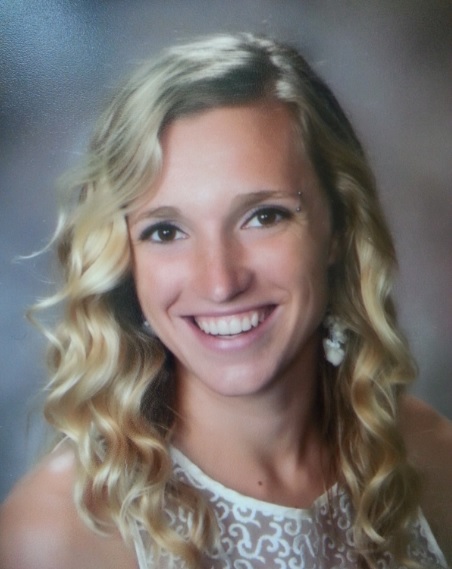 Hannah Chappell-Dick grew up in Bluffton, Ohio. She graduated from Eastern Mennonite University (EMU) in 2016 and is currently doing a year of voluntary service with DOOR Atlanta. An avid runner, Hannah competes on the track for Atlanta Track Club Elite. This piece originally appeared on Hannah’s personal blog, Dwelling in Motion, and on Mennonite Church USA’s convention blog.

I joyfully received a call from my good friend and fellow EMU grad, Tyler Eshleman, last fall, asking if I was interested in helping him organize young adult events at the upcoming Mennonite Church USA convention in Orlando. Convention was a life-changing, life-giving experience for me in high school, so I’ve made every effort to attend the biennial event since my first one in Columbus, 2009.

Young adults (ages 19-30) attend convention in a variety of roles: some are youth sponsors, speakers, church delegates, volunteers, journalists or musicians. Still others represent Mennonite colleges, or groups such as Pink Menno or the Creation Care Network. This year, the Future Church Summit will invite still more young adults into the church-wide conversation.

It is our hope, too, to encourage those without formal roles to attend! 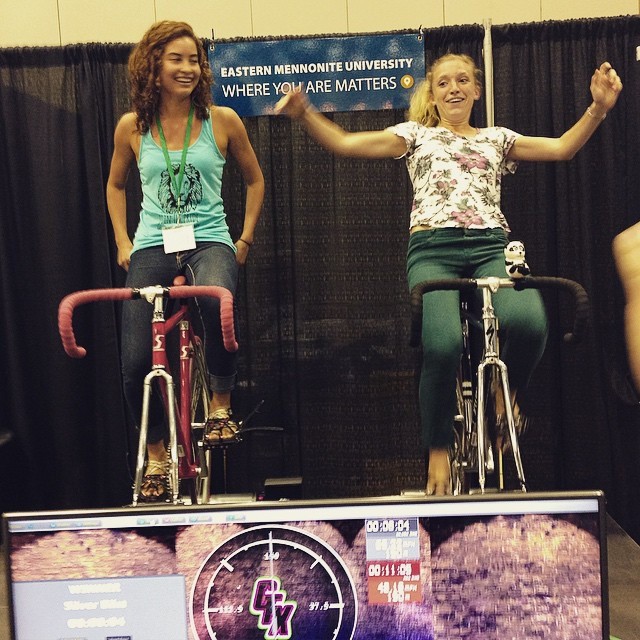 Finishing a little spin-race with Juni, a young adult (also my roomie) who was repping EMU at Kansas City 2015! I don’t even remember who won, but I hope I did based on how composed I (don’t) look.

In 2015, Rachel Gerber and Katie Chaffinch led several dozen young adult attendees in an “Open Space” discussion with Ervin Stutzman, the Executive Director of Mennonite Church USA. After an exhausting, intense day in the delegate hall, I was ready to curl up in a ball and go to sleep. Ervin looked like he felt the same. Nonetheless, the energy grew as ideas were thrown around and a semi-cohesive narrative of the young adult experience in the church took shape.

How cool this was for us young folks! The man who oversees our church institution took the time to be present with us. As is customary in the Mennonite lexicon, he still invites us to call him by his first name, despite his Ph.D. and ordination.

The Mennonite Church is almost revolutionary in its anti-hierarchical approach to leadership. Young adults, let’s not give up on the church just yet.

Several months ago, Tyler and I sent out a survey to young adults who were connected to the Mennonite Church. One hundred fifty-eight young adults gave their feedback.

Over half of respondents were undecided about whether or not they would attend convention, saying that they were interested, but not yet sure how. For those who are NOT planning on attending convention, the top two reasons were difficultly taking time off work and disillusionment with the church and church politics.

Someone commented, “I attended Kansas City as a delegate and was largely outnumbered by older age groups.” Another suggested that “there needs to be a push towards not only including the voices of young adults, but also to give more power to those who have traditionally not had their voices heard.”

A staggering 83 percent of survey respondents listed “Racial Justice in the Institutional Church” as a topic that they hoped would be addressed in Orlando. Other topics with broad interest included creation care and sexual violence prevention, among others.

Although the survey responses were flush with impassioned pleas surrounding the hot-button issues like human sexuality, there was also an undercurrent of longing for authenticity in inter-church relationships and spirituality.

“I hope that this convention can be a time of celebrating God’s awesomeness and not just focusing on the issues,” one respondent offered. A majority of respondents still prioritize faith formation, mission and service, and healthy dialogue in addition to the often politicized “issues.” 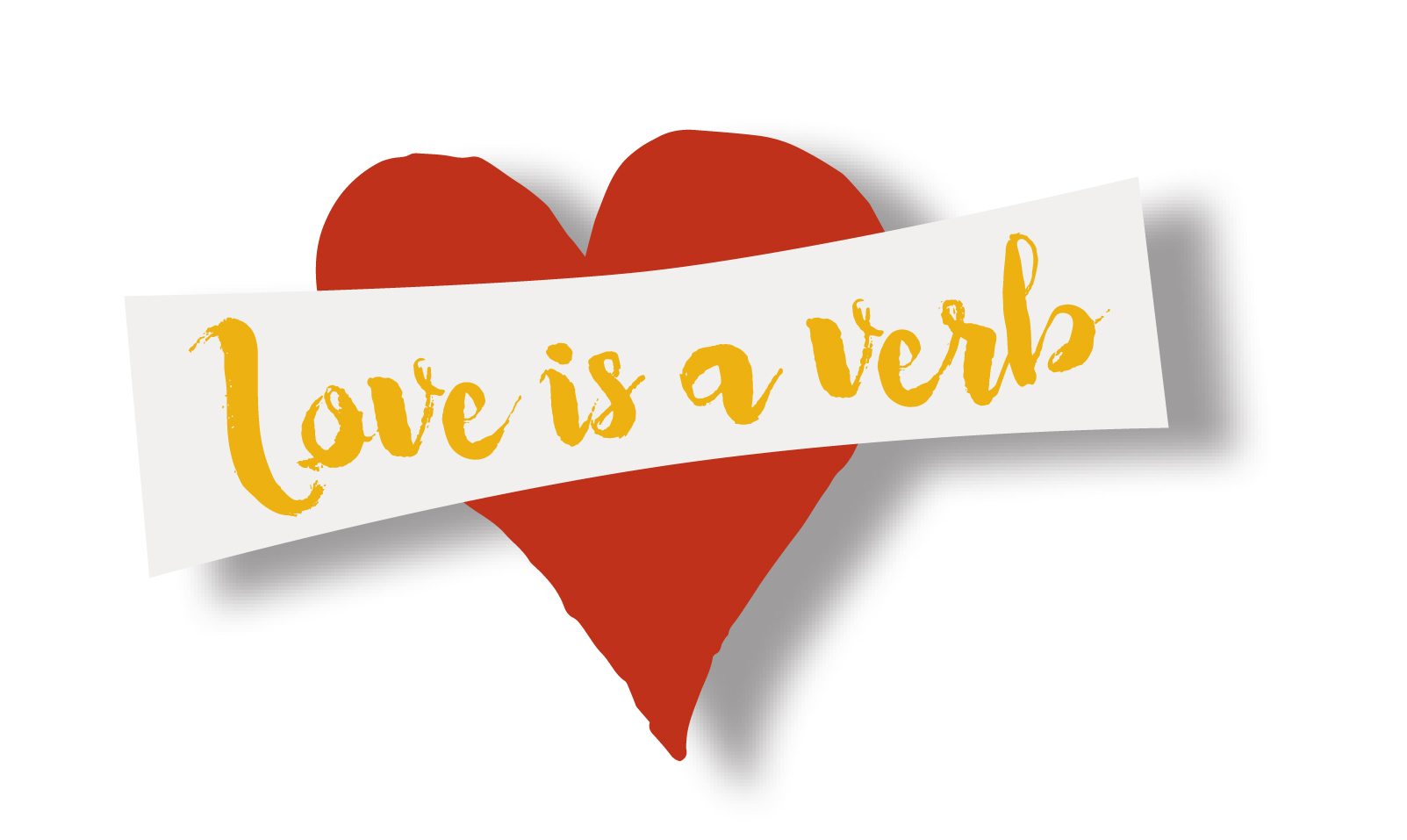 To reflect this feedback, we have created a schedule of young adult seminars and gatherings that address the broad desires of young adults, centered on action words (“Love is a verb”… Get it? Get it?). Young adults (and others) are free to come to as many or as few as interest you!

Celebrating: Dessert Social (more free food — we got you) and Night Out

More in-depth teasers about these seminars, conversations and events to come!

If you are interested in helping out with young adult events at convention this year, have a vocational discernment story to share on our panel, or if you have any questions, suggestions or responses, please reach out to myself (hannahchappelldick@gmail.com) or Tyler (tyler.john.eshleman@gmail.com)!

We can also connect you with others who are looking for a roommate to reduce hotel costs.