Unfulfilled: A Reaction to the Chauvin Guilty Verdict 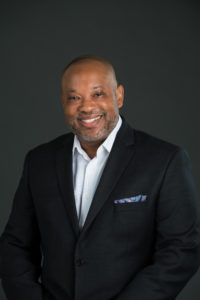 Glen Guyton is the executive director of Mennonite Church USA

I will not accept your burnt offerings and grain offerings.
I won’t even notice all your choice peace offerings.
Away with your noisy hymns of praise!
I will not listen to the music of your harps.
Instead, I want to see a mighty flood of justice,
an endless river of righteous living. -Amos 5:22-24 (NLT)

Numbness was my reaction to the verdict in the George Floyd murder case. Maybe there was a moment of jubilation mixed with disbelief as the three guilty verdicts were read. What can I add to the conversation that has not already been said? Let’s be clear, like the Obamas said in their statement, “In this case at least, we have our answer. But if we’re being honest with ourselves, we know that true justice is about much more than a single verdict in a single trial.” So, I do not accept the Chauvin verdict as the fulfillment of justice.

I am not celebrating that a murderer was convicted and held accountable for his crimes.

That is what is supposed to happen in a just legal system. Before the verdict was announced, I called my son and said, “Get somewhere safe. They are about to announce the verdict. I don’t want you driving around.” Two days before, I texted him, “Do you have air fresheners hanging from your mirror? Take them down now. I don’t want to give anyone an excuse to stop you.” I am sighing with relief that maybe this verdict will cause those “bad apples” in the system to pause and think twice about killing someone that looks like my son.

I am unfilled because I have sat in meetings with too many church leaders who are more concerned with not offending the police than standing firm, readied in the gospel of peace. (Ephesian 6:15). As members of Mennonite Church USA (MC USA), “We are called to extend God’s holistic peace, proclaiming Christ’s redemption for the world with our lives. Through Christ, God frees the world from sin and offers reconciliation. We bear witness to this gift of peace by rejecting violence and resisting injustice in all forms and in all places.” We heed this call even when the state sanctions violence and injustice.

As Anabaptists, we have long looked for a third way. We have studied the impact of war, stood against the military-industrial complex and searched for alternatives to military service. As our police force adopts the tools and tactics of our military, we as peacemakers, need to think deeply about the intersection of our theology and our view of community policing.

What hope, what fulfillment can I find in secular judgment when members of the body of peacemakers I belong to struggle to call out the sin of both racial and socio-economic inequity in our mass incarceration system?

There is work yet to be done. No, I am not satisfied with one murderer being found guilty. Instead, I want to see a mighty flood of justice rolling through our cities and churches. I want the good cops to root out the bad cops. I call on systems of injustice to be abolished. But more than that, I want the people of MC USA to live into our call, to #BringthePeace. I want more churches requesting Justice Fund grants, flooding their communities with hope. I want people to educate themselves through our abolition curriculum and take positive actions. I want us to move past political ideologies that divide the church and corrupt the gospel. I want more.

But most of all, I want my Black son and daughter to come home safely without the fear that some “bad apple” thinks they are judge, jury and executioner. The kind of justice I want is life.