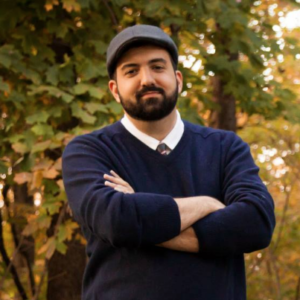 Jeff McLain is a coffeeholic in chuck-taylors neighboring in East Petersburg, Pennsylvania. He is also the associate pastor at East Petersburg Mennonite Church who blogs at jeffmclain.com.

A few years ago I heard the story of an Amish man who was asked, “Are you a Christian?” The Amish man paused and looked at his interviewer and pointed to his neighbor’s house. He replied that the answer of that question can and should be found by asking his neighbor. For this individual, he realized that what we believe is actually deeply interwoven with the way we love our neighbor.

His answer also shows that he concluded that loving our neighbor is not a specific place of spirituality or heart, but rather a tangible and definable interaction with our actual and literal neighbors.

When pinned for the greatest part of the law, Jesus answered his interviewers with what we often have come to call the greatest commandment. It was through this answer that Jesus said that the greatest command is to love God with all that we are and to love our neighbor in a way that makes them closer than even family. Jesus followed that answer up with by telling them this was actually the DNA of the Kingdom, it was the lens to see everything else through – it was what ties together the heart behind the law and the Prophets.

We too easily overlook that Jesus told the story of the good Samaritan because the inquisitive lawyer first asked, “What must I do to get eternal life?” Jesus in return asked him how he understood the law. The man replied with what we call the greatest commandment. Jesus again replied, “If you do those things you will live.” However, the man wanted to justify himself. He wanted to excuse away this challenging and poignant call of the Kingdom of God. In a hope of differentiating and excusing, he asked,

“… but, who really is my neighbor?

Who is it that I am really called to love? The answer Jesus gave was through the story of the good Samaritan. It’s a story that tells us that it is actually those who are literally next to us that are our neighbors. Those most like the guy, those easiest for him to love because of their commonalities are actually the ones that overlooked him. It was the guy who saw the injured man, even through their differences, as his literal neighbor to love and to help. The Good Samaritan, as we call him, engaged his neighbor and moved from a place of stranger, to acquaintance and then to relationship.

The question is, how well are we living out the greatest command. How well do we know those that are our actual and literal neighbors? It is easy to love those that are most like us, or call our friends and acquaintances at the gym our neighbors, but this isn’t the definition that Jesus gave us. 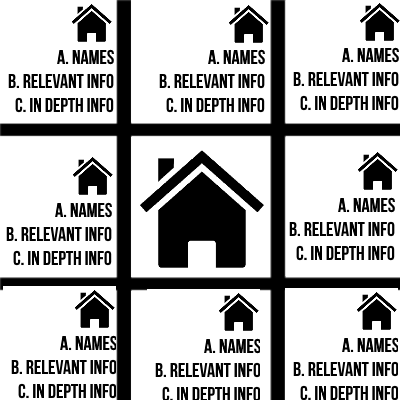 I often wonder why I think I can solve the world’s problems, before I’ve even learned the simplest call of the Kingdom of God.

Far too often, loving our neighbors becomes nothing more than about making them our evangelistic projects or church growth model. We learn in Romans 15:2, it is actually so much more than that. Paul writes, “Each of us should please our neighbors for their good, to build them up.”

How are you lovingly investing in the life of your neighbors, to build them up for their own good?

Am I a follower of Jesus? I hope that answer can be found through asking my neighbor.