Home / Featured Blogs / A continued call to action: justice for the undocumented
Mar 21 2015

A continued call to action: justice for the undocumented 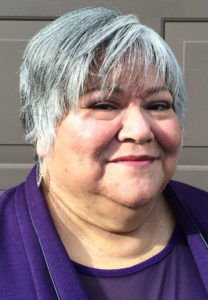 Iris De León-Hartshorn is the director of transformative peacemaking for Mennonite Church USA.

Like many of you I was saddened to hear about the deportation of Max Villatoro, but not surprised. In the 1920s, there was an increase of Mexicans migrating to California and other parts of the southwest United States. In 1930, when the consequences of the depression began to be felt, civic and other organizations pressured state and government officials to do something about the “Mexican problem.”  The solution that the government offered was what is known today as “round-ups.” Mothers and fathers; both documented and undocumented immigrants; along with legal United States citizens where picked up at their places of employment, markets, walking along the streets, etc. They were put on a bus and deported, sometimes being dropped off in the middle of nowhere in Mexico. Many families were torn apart and suffered further economic hardships.

We may say this just doesn’t happen today, but don’t be so sure. In Pennsylvania, I met with mushroom farm migrant workers in tiny cramped houses owned by the companies who employed them. All of them—even one young man who was a United States citizen—lived in daily fear of deportation.

What is happening now in the United States is that we have an executive order from President Obama’s administration outlining deportation priorities, and the enforcement arm of our government—Immigrations and Customs Enforcement (ICE)—that feels they can ignore those orders and decide for themselves who is deported. We can convince ourselves that deportation decisions have gone through “legal” channels, but I would contend that those legal channels are structured around a racist ideology. The same ideology that allowed the round-ups in the 1930s is the same ideology we see today.

Jesus spoke to and confronted the institutions of his time, especially when it came to the oppression of those most vulnerable.  As Christians we are called to demonstrate God’s love and to speak and confront unjust systems. Our call is not to decide whether what people do is legal or not; our call is to speak and empower the most vulnerable. Our call is to speak truth to unjust systems and ideologies that are racist.

Each day, families in our church communities are being torn apart. Children are left with one parent or, in other cases, left as orphans and put into foster care. There are many people throughout our denomination that work daily with immigrants in their congregations and in detention centers. I cannot name all of them, but I want our church to be aware of at least some of these saints among us. Madeline Maldonado, a pastor from Fort Myers, Florida, who works tirelessly with immigrants in her congregation and at one time had to say goodbye to half the members of her congregation within a year due to deportations. Anton Flores, who founded the Alterna community in LaGrange, Georgia to provide a myriad of services for immigrants, from detention center visits to advocacy. Tina Stoltzfus Schlabach from Shalom Mennonite Church in Tucson who ministers to immigrants at the Florence Detention Center and supports Casa Esperanza, a home that offers people who have just been released from detention a safe place to stay until they can be reunited with others or find a place to live on their own. Sarah Jackson from Denver who uses her apartment as a place of hospitality and hosts people who are visiting families in detention and immigrants that are released and in transition. Her home has become a place of respite called Casa de Paz. Lupe Aguilar, who pastors Iglesia Menonita Rey de Gloria on the border in Texas and ministers to the undocumented by providing everything from basic household needs to advocacy.  These are just a few of the saints among us. 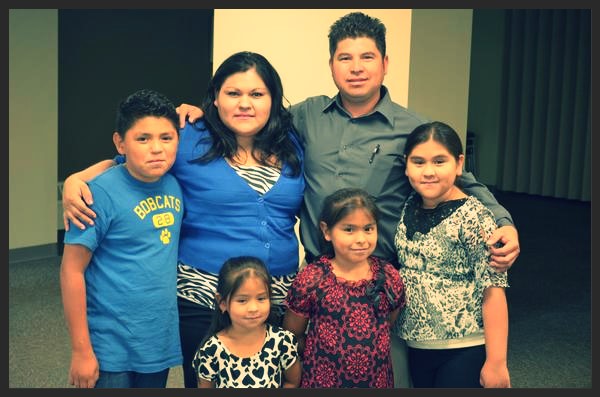 are part of our church. And not only that, they are mothers, fathers, pastors, and important members of their local communities and area conferences.  We are grateful for the response from the church that poured out after our call to action. Together you partnered to make thousands of calls to ICE and to produce several petitions and pleas to government officials. Although the result was not what we hoped (we received word yesterday that Pastor Max has been removed from the United States and deported to Honduras), we hope that this story will serve as a wake-up call to all of us across the church who have the ability to advocate for more just immigration policies in our country. May we must not lose sight of all the other families that go unnamed and who are being torn apart in this tragic situation every day.

May God grant us grace and the courage to act in the face of injustice.

Learn more: At the Mennonite Church USA convention in Phoenix, the Delegate Assembly affirmed a new resolution on immigration justice. Read the resolution, which includes a list of resources to learn more, online. You can also check out Radical Hospitality: Responding to the Issue of Immigration, a six-week video curriculum for congregations and other groups.