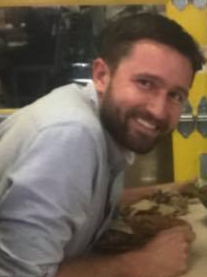 Over the course of three posts, John will offer some perspective on five facets of the refugee crisis on our southern border and five ways individuals and congregations can respond.

Blocked on the bridge

The Circumstance: Currently [summer of 2018] Customs and Border Protection agents are preventing asylum seeking people from getting to legal ports of entry. Walk any bridge over the Rio Grande (bring your passport), and you will see hundreds of people from Central America lying there after their long journey north. Officers on the middle of the bridge have prevented them from getting to the point where they can legally ask for the due process of asylum. They must either stay there on the bridge, hoping the officers will eventually let them pass, or risk sheltering in the Mexican city that is violent and plagued by cartel control.

What you can do: Support Churches in Northern Mexico that are sheltering immigrants that are turned back at the U.S. ports of entry. The easiest strategy is to support is Catholic Charities, who run a series of shelters. More challenging, however, is reaching out to the Protestant and non-denominational churches in the border cities that are sheltering and feeding these families. Our church has identified 15 and is looking for more. If some members of your church speak Spanish, this could be a great opportunity to build a meaningful relationship.

A False Myth: People can just enter our country legally if they want to. They can follow the law by going to an embassy in their own countries, or asking for asylum at a legal point of entry. In truth: every Central American I have asked says that our embassies require long, multiple-week waits for asylum hearings. Because they are under immediate threats of death or the loss of their children to the gangs, this is an impossible wait. When they arrive at our land ports of entry, however, they are stopped just yards away. There does not seem to be a legal way for an impoverished Central American to ask for asylum.

A Human: On the bridge in Reynosa, I met a woman from Honduras with two small children. She was among about 80 people living on the bridge. She had lost her husband on the journey north. She did not understand why she had to wait there, and she had no knowledge of the political debate or the policies of our country — she just wanted to escape the violence. She had been on the bridge for eight days, subsisting on food brought by a church group and water from a water fountain at the entrance to the bridge. I heard, a few days later, that this bridge was cleared during the night, only to be filled by new families the next day.

From Scripture: Consider Judges 12:1-7. Read the story of Jephthah in Judges 11 and 12. He is a disastrous and tragic leader, with a legacy of violent dissension among the tribes of Israel. Look at how he used the bridges/fords. 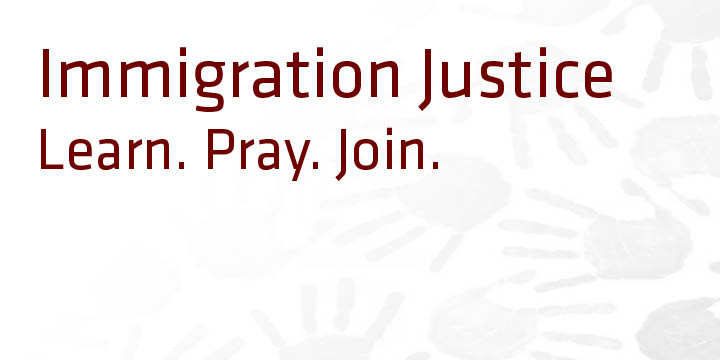 The Circumstance: Children (under 18) arrive at the border with no family. They are taken into custody by the Border Patrol and placed in huge foster homes. These youth have often witnessed and been subjected to horrific trauma in their homes, more on their journey north, and now find themselves in a foreign place, surrounded by other traumatized children. Their young bodies are recovering from the physiological and mental effects of trauma as they struggle to learn, find purpose, and fend off depression and anxiety disorders.

What you can do: Foster Care agencies, especially in the Southwest (but throughout the country) are being overwhelmed by the increased numbers of children needing placement from the Office of Refugee Resettlement. You can sign up to be a foster care family, or to support a foster care family with “respite care” (qualified babysitting). Even if you do not speak Spanish and do not take in a Central American child, you can alleviate the burden on Foster Care agencies to more adequately serve these children.

A False Myth :These kids are gaming the system. Their parents are smuggling them here to so they can take advantage of free social services and public education. In truth: These children are coming from a) desperate families who have no other way to keep their children alive, or b) they have run away from horrific situations or murdered families. They have all experienced multiple severe traumas (physical and mental) without the capacities and resources to recover without meaningful support. Their arrival at our border is miraculous, and though they are wounded, they must be treated as the miracles their lives are.

A Human: My family took in a young woman who was an unaccompanied minor. She became like a big sister to our daughters. Within a few weeks of her time with us she had already been informed of three more deaths in her immediate family in Central America. She matter-of-factly described the rapes she had experienced, the torture she had witnessed, and the gangs that could take anything they wanted as a “reality of life.”  And then she would weep uncontrollably at an animated Disney movie or after finding out her friend could not afford her phone bill. She enrolled in college classes, studied perpetually, methodically washed our family car when it was not necessary, stroked our daughters’ hair tenderly, prepared for Baptism in our church, and yet wept with the fear that she was “bringing evil to our family” or that “we must know how terrible she is.” She was torn between a dream of becoming a social worker who helped people through trauma and going back to her home country, afraid that she would never be accepted here.

From Scripture: Consider the human trafficking story of Genesis 37. Joseph, like the many persecuted families of Central America had vision and gifts. What trauma did Joseph suffer, and what further traumas does he suffer in Genesis 39-41? How does God use a victim of violent human trafficking?