Time to wake up 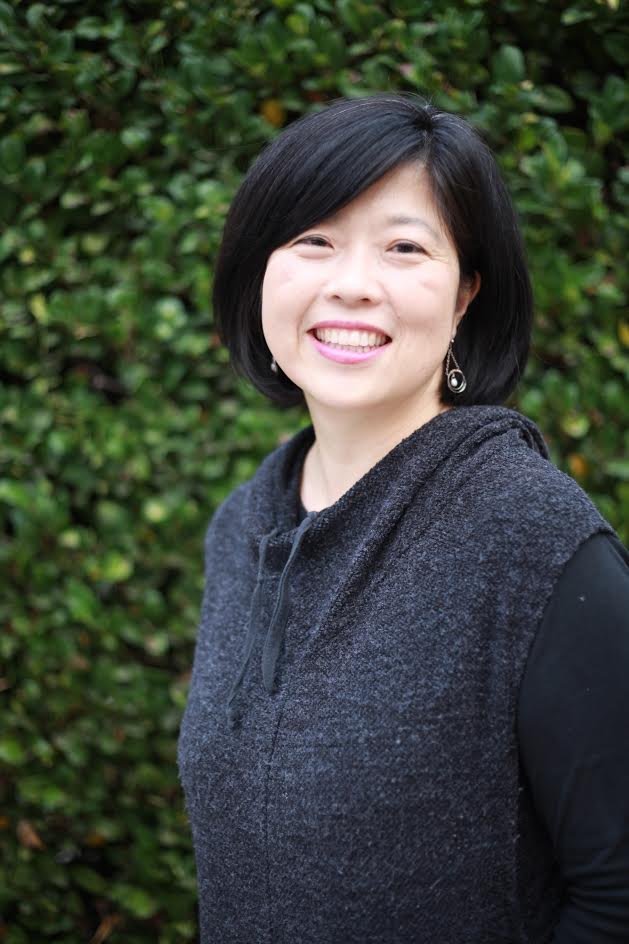 Besides this, you know what time it is, how it is now the moment for you to wake from sleep. (Romans 13:11)

Last Thursday, I drove my 16-year-old daughter and three of her close friends to a park in Los Angeles. As expected, it was hard to find a parking spot near Alvarado St. and Wilshire Blvd., but we finally found a metered parking space several blocks away. As we were walking towards the park, we were joined by two young men heading the same direction, pulling what I thought was a large cart. Upon closer look, I saw that it was actually three large animal cages piled on top of another. Inside the cages were children’s toys — broken and dismembered. Foam alphabet mats were glued to the side of the cages spelling, “Kids deserve better.” My heart sank, but my steps quickened towards the park. 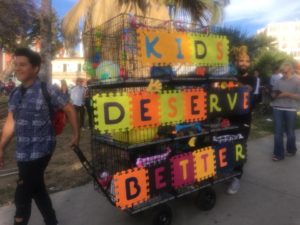 When we got to MacArthur Park, a crowd of about two hundred people had already formed. Huge banners waved that said, “Families belong together.” Smaller posters read, “Children don’t belong in cages,” “Resistencia Migrante,” and “No child detention centers.” We heard speakers share pain and anger about ICE raids separating their own families and the trauma experienced in their communities. After each speaker, we responded by chanting, “familias unidas, no dividas” with tears and conviction that forced separation of families at the border is cruel and immoral.

When I heard a rally was being organized, not only did I feel compelled to attend, I wanted to bring my daughter and her friends who were planning to meet up in Koreatown just a few miles away. Knowing that these young women were frustrated at what they heard on the news of family separations, I thought that this rally could be an opportunity for them to meet people who are affected by these unjust laws instead of treating family separation as an issue to be debated.

Many people know that Los Angeles is a very diverse city including large numbers of immigrants. However, many of us live in silos, insulated pockets in the city surrounded by people like us. Koreatown is located just a few miles from MacArthur Park, but we hardly see any Korean faces in this park because most of the people using it are Latinx. It was important to me that my daughter and her friends knew that the park is only a few miles away from my husband’s office, to make the connection for them. This part of the city is part of our community. And those who gathered in the park are our neighbors. They are mourning the trauma and protesting the injustice that they’ve experienced.

After the rally, one of my daughter’s friends asked if we could debrief what we experienced. This was the first protest she attended and she had a lot of questions. We sat down over strawberry shaved ice and talked about what we saw and why what is happening at the border should matter to us as Korean Americans.  One of the girls mentioned that Korea has a history of Korean orphans who have been adopted abroad. The Korean War tore families apart and the pain of lost families and identity are with us still. I also added that for the past 70 years, many South Korean families have been separated from their families in North Korea. Since the Korean War was never officially over because a peace treaty was never signed, South Korean families cannot make direct contact with their relatives living in North Korea. The deep pain rooted in the loss of family connections and the inherited trauma of the war impacts Korean American families and communities even now, and we carry the scars knowingly and unknowingly. 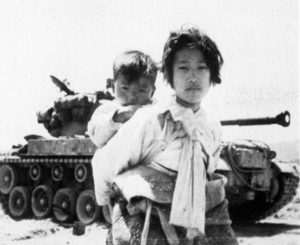 This photo of two Korean War orphans haunts me.

Family separation is not someone else’s problem; it is one that must matter to us because it is also part of our story.

The discussion with the girls deepened as we sat down for some spicy beef soup.  What does it mean to be American? What is our relationship to this country we call home? How do we live out our belief that our ultimate allegiance is to God, not to a nation? We are recipients of privilege and contributors to this nation as American citizens, but when American laws contradict God’s laws, we need to speak up. There are over 100 scriptures in the Bible about how we are to treat foreigners or sojourners in the land. God, who has heard the cries of the Israelites and wandered the desert with them reminds us to remember who we are and who we all belong to. We all belong to God and we who are resident aliens have our citizenship in heaven (Acts 7:6).

Recently, Romans 13 has been highlighted on the news. At the end of chapter 13, we are reminded, “Besides this, you know what time it is, how it is now the moment for you to wake from sleep” (Romans 13:11). It is time to wake up and remind each other who we are and who we belong to.