A Creative God snapshots: an interview with Jerry Holsopple 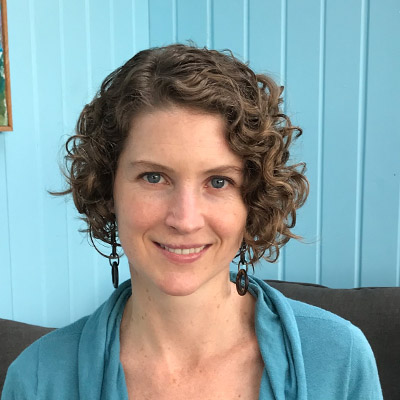 Katie Graber is an ethnomusicologist, who studies race and ethnicity in a variety of contexts, including Mennonite music, American music and European opera. She has taught classes on Western music history and world music, and she accompanies Suzuki recitals and school choirs. She leads singing Columbus (Ohio) Mennonite Church, and chairs the Intercultural Worship committee for the Voices Together project.

As a song leader, worship planner, and Together in Worship leadership team member, I have been enthusiastically waiting for the release of the new documentary “A Creative God: The Visual Arts in Worship.” You can read more about the project in this press release. I was interested to hear what happened behind the scenes — how and why the project came about and what the participants learned in the process. One of the project leaders, Jerry Holsopple —   professor of visual and communication arts at Eastern Mennonite University (EMU) —  took the time to answer some of my questions.

How did the idea for “A Creative God: Visual Arts in Worship” develop?

Jerry: The Together in Worship leadership team prompted me and Rebecca Slough to work on a project that could be shared on the Together in Worship website. So the two of us brainstormed: Where were the intersections of our work? I’m a visual artist, and Rebecca shares that interest . I also have a background in documentary making and storytelling — what interests me is how people are using the art rather than trying to lay out a systematic theology of how it works. So the documentary idea was to spark the creative juices of other communities. People could watch this and say, “Look! That congregation is doing interesting things for a covenanting service,” or get other ideas for trying something new. It also shows how a community can be very inclusive in the way art affects people.

What was the process like: grant writing, developing the team of students, finding congregations that wanted to participate, etc.?

Jerry: The grant writing and dreaming about how to do it went side by side. We started by writing a grant proposal for the Calvin Institute of Christian Worship, and their structure suggested that we bring together students from our two institutions: Anabaptist Mennonite Biblical Seminary (AMBS) and EMU. Rebecca and I were both interested in this collaboration, because we knew AMBS students might bring a more theological approach, and we could find EMU students who would be adept at thinking about visuals and visualization — and that would make a really fascinating team and a fascinating experience for all those students.

When we discovered we wouldn’t have enough funds to carry out our vision, we also applied for a grant from the Marpeck Fund. It’s actually rare for Marpeck projects to bring together students from two different institutions, so we were glad for this opportunity.

Rebecca took the lead in grant writing, and I started searching for congregations. We realized we would be limited in our ability to travel with all the equipment needed (which came from EMU), so we focused on areas around the East Coast. I contacted Mennnonite Church USA conference leaders and people connected to Hispanic ministries, and they suggested congregations who might be interested in being interviewed.

We added my congregation to the project, because we realized we needed to practice! My community also fit the profile of having a strong visual presence and being multicultural, so I asked some people if they would be willing to be interviewed by our six students.

After that practice run, most of the rest of the congregations were filmed in a four-day window — we went out to several locations, and on a Sunday morning, we sent a team to each of these services. We finished with the final congregation a couple weeks later.

The editing process is just laborious. If you’ve ever worked with video you’d expect that, especially because we wanted to work collaboratively. The AMBS and EMU students all worked at logging material, so they knew what was there, and then, they began to talk about what themes were important. The EMU students took those ideas and put them together into a video, and we sent it around to the team for feedback. It got ripped apart and put together again several times.

It was great to work with all these students and with Rebecca. She is so organized and focused, and I am always thinking in a lot of different directions, so it made for a really fun collaboration. The students worked so well together. The EMU students really stuck with the long, drawn out process and delivered a well-crafted video.

What did you hear in the interviews that reinforced what you already knew about visual art in Anabaptist worship? Did you hear anything that surprised you?

Jerry: There were two main things that I expected: First was how important it is for people who are not part of the dominant culture to feel represented — that was mentioned a number of times. This is a really important aspect of visual arts, and it’s something I try to do in my art, as well.

Secondly, I expected that many people in these interviews would be people we might call “on the edge” — they might not have other roles in the congregation, but they became attached to their congregation because of the visual art they were doing in the community or for the congregation. Sometimes we don’t think about how involvement makes people feel connected.

More generally, it was really fun to see how many people responded so positively to how visual arts and beauty impacts their spirituality. We, as Mennonites, tend to be “word people;” we think that, if we have the right words, nothing else matters. But we’ve discovered that, for some people, the words don’t matter if the visuals aren’t right. Especially, for some people who are using a second or third language, the visuals help them navigate the worship space.

Maybe that’s one of the surprises: the level of valuation on the visual experience for those who are using an unfamiliar language to worship. Our dominant culture worship-leader assumption might be that we should do a song or a Scripture reading in another language, but maybe we need to think more about how impactful the visuals are to people at all times. The visuals actually play a big part in helping people navigate the various languages that might be in our congregations.

When I asked Jerry if there was anything that didn’t make it into the documentary that he would like to add, he gave the resounding endorsement that the students “did a great job of including multiple voices, and they didn’t leave anything important on the cutting room floor.” I agree; it includes an interesting variety of viewpoints and many ideas to ponder about the meanings and uses of visual arts in worship.