A spirit of power, and of love and of hard work 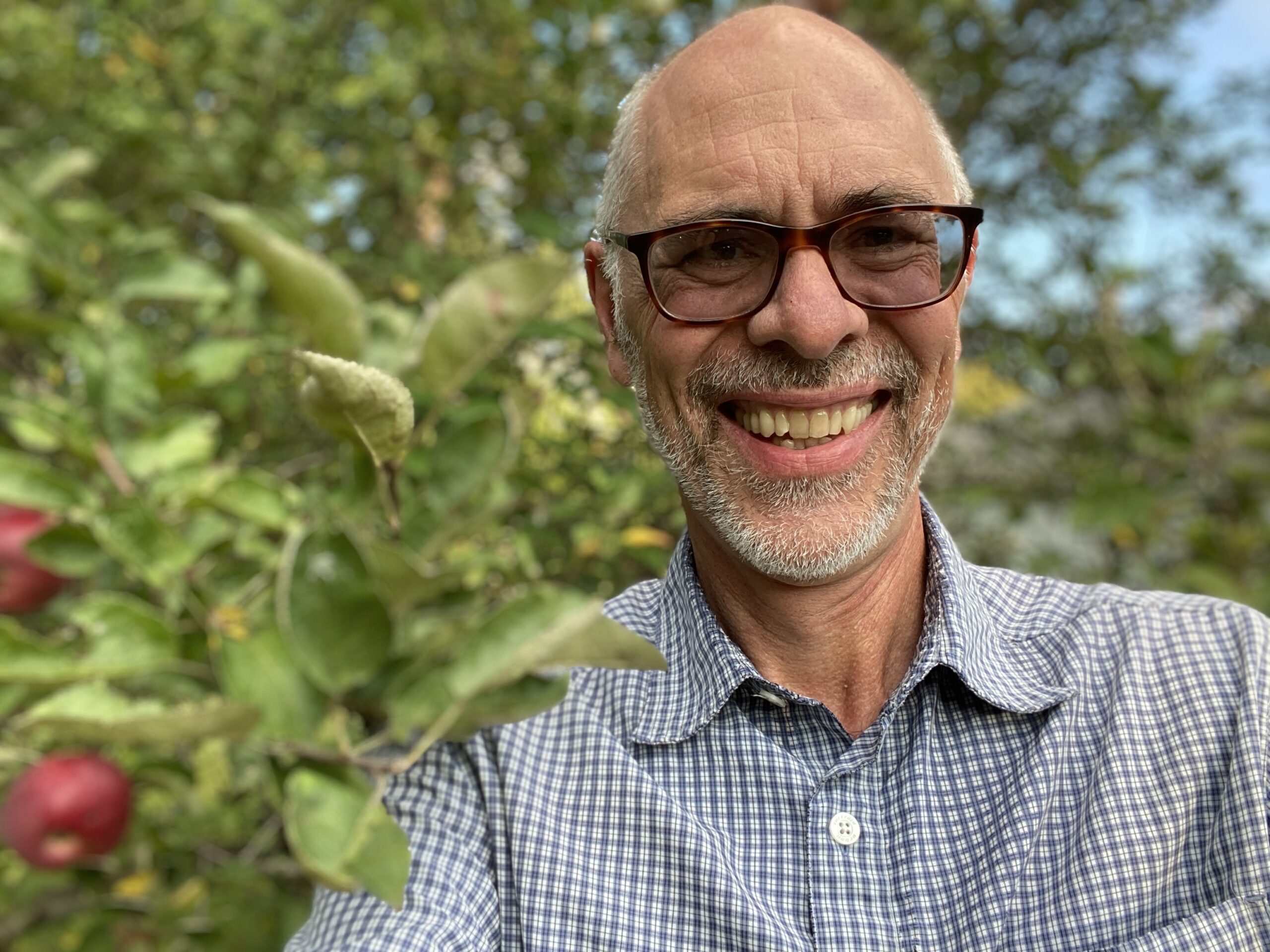 Andre Gingerich Stoner is an organizer with Faith in Indiana. He was pastor of missions at Kern Road Mennonite Church in South Bend, Indiana, for 17 years, before serving as the director of holistic witness for Mennonite Church USA. He can be reached at andre@faithindiana.org.

In St. Joseph County, Indiana, the jail is the de facto detox center. In our county, the jail is the place many people first receive mental health services. A significant group of people in our community cycles between the streets, the jail and various shelters. And it has only gotten worse during the pandemic. We can do better than this!

In recent years, Indiana has been the state ranked 50th in teacher pay raises, 49th in pollution, 45th in incarceration rates, 43rd in infant mortality, 40th in health care and 37th in opioid deaths. Indiana ranks in the top 10 states for carbon emissions – both per capita and in absolute terms.

It doesn’t have to be this way. This is not God-ordained.

When our governor established a commission to make recommendations for reopening society after the first wave of COVID-19, he named seven people to the group — six men, one woman. The commission was made up of businessmen and bankers — no nurses, grocery clerks or factory workers. They all were white. Not surprisingly, they decided to keep the meatpacking plants open and the profits flowing, despite hundreds of workers contracting COVID-19. Many of these workers were first-generation immigrants. And not surprisingly, many workers don’t receive paid sick leave or family leave.

This is how decisions get made in Indiana. The poor and people of color, and frankly, all of us except the super wealthy, suffer as a result. Jesus proclaimed good news to the poor and release to the captive. But Indiana is bad news for the poor.

But two Mennonite congregations in St. Joseph County — Kern Road Mennonite Church and Keller Park Church — have joined with more than 20 other congregations, through Faith in Indiana, to create a vehicle for ordinary people of faith and goodwill to speak powerfully into the public arena. 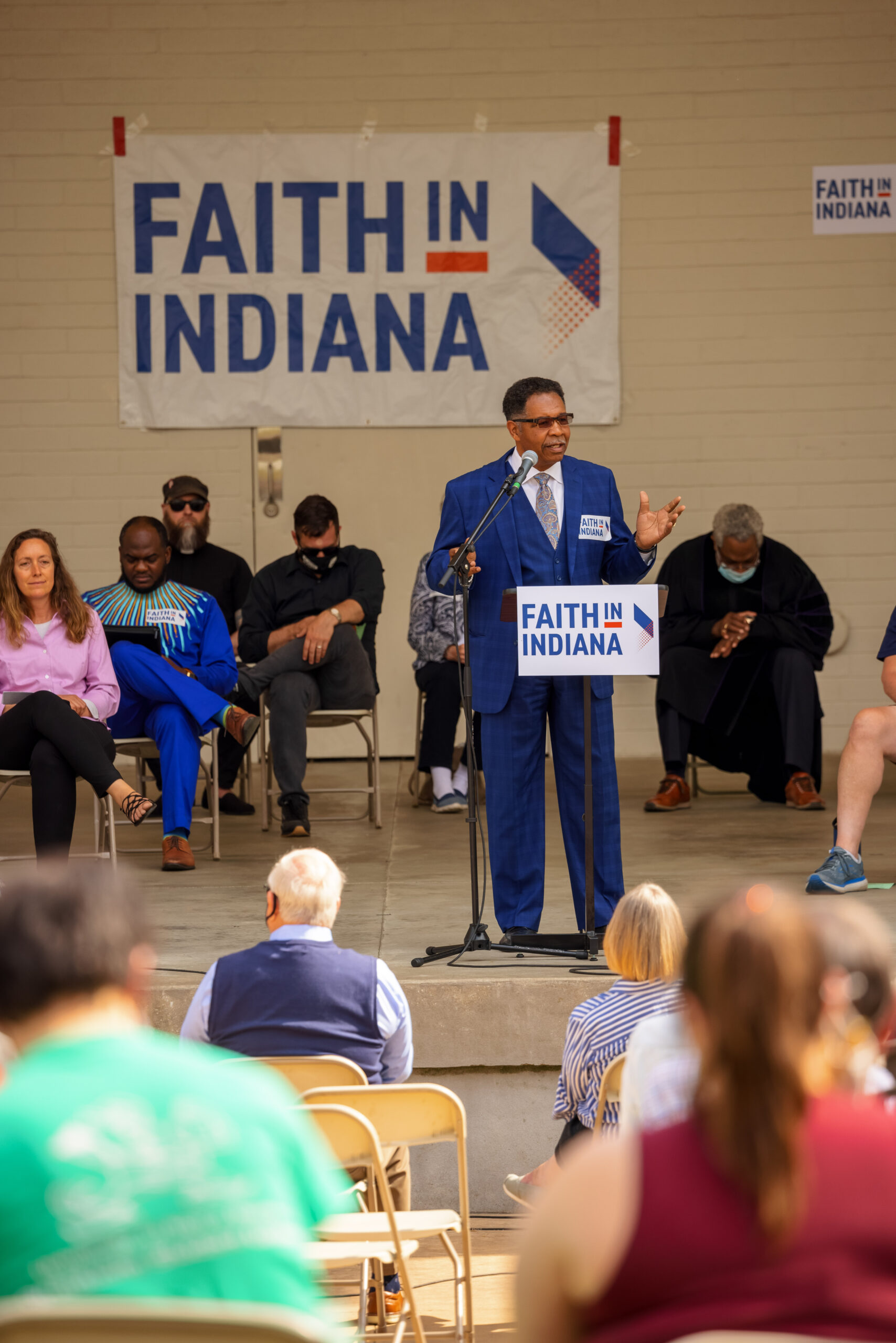 Pastor JB Williams shares his family’s story at the “We Make the Future” Town Hall at Potawatomi Park in South Bend, Indiana.

In May, about 30 of these Mennonites joined with 325 people in a public meeting at a local park. They heard stories about family members struggling with mental illness and ending up in jail. They shared information about crisis response centers in other communities, where law enforcement can take people in a crisis, rather than taking them to jail. They declared that it was unacceptable for the jail to be the de facto detox center. And then, they applauded, as the sheriff, the health officer, the CEO of Oaklawn and the President of the County Commission pledged to plan and fund a crisis response center in St. Joseph County, so that our families could get treatment, instead of getting locked up.

In late September, after four  months of more meetings, negotiations and pressure, the sheriff, the head of the 911 dispatch, hospital CEOs and community leaders made a presentation to the county council, requesting $2.7 million to help get a crisis response center started. The Council has taken the first step in approving this funding, with final approval anticipated in December.

Mennonites have gotten accustomed to being “the quiet in the land” — staying stuck in a beaten-down martyr posture of presumed powerlessness. And when we do move into the public arena, we often choose protest. But often, protest also assumes a posture of powerlessness. You’re in the street protesting, because you can’t get into the conference room to sit at the negotiating table. Faith in Indiana works intentionally and persistently to build power, so that ordinary and impacted people are able to sit at the table, and so that public officials remember they are serving the public, the ordinary people who care about their families and their neighbors.

Together, we are building power with (not power over), and power for the common good.

Learning to be an agent with God for change in our communities, not a spectator, requires learning new ways of thinking and being.  It will come, as we take one small step after another. And as we immerse ourselves in the deepest treasures of our faith story — of Moses confronting Pharaoh and saying, “Let my people go,” and Jesus leaving the hills of Galilee, where he healed and fed and taught, and turning his face to Jerusalem for a confrontation with political and religious authorities. And as we find our voice, claim our power, and work strategically and persistently for change, we might realize that God did not give us a spirit of fear, but a spirit of power, love and self-discipline (2 Timothy 1:7). And it’s through that power that God’s new order is breaking in — in big and small ways — here in St. Joseph County.