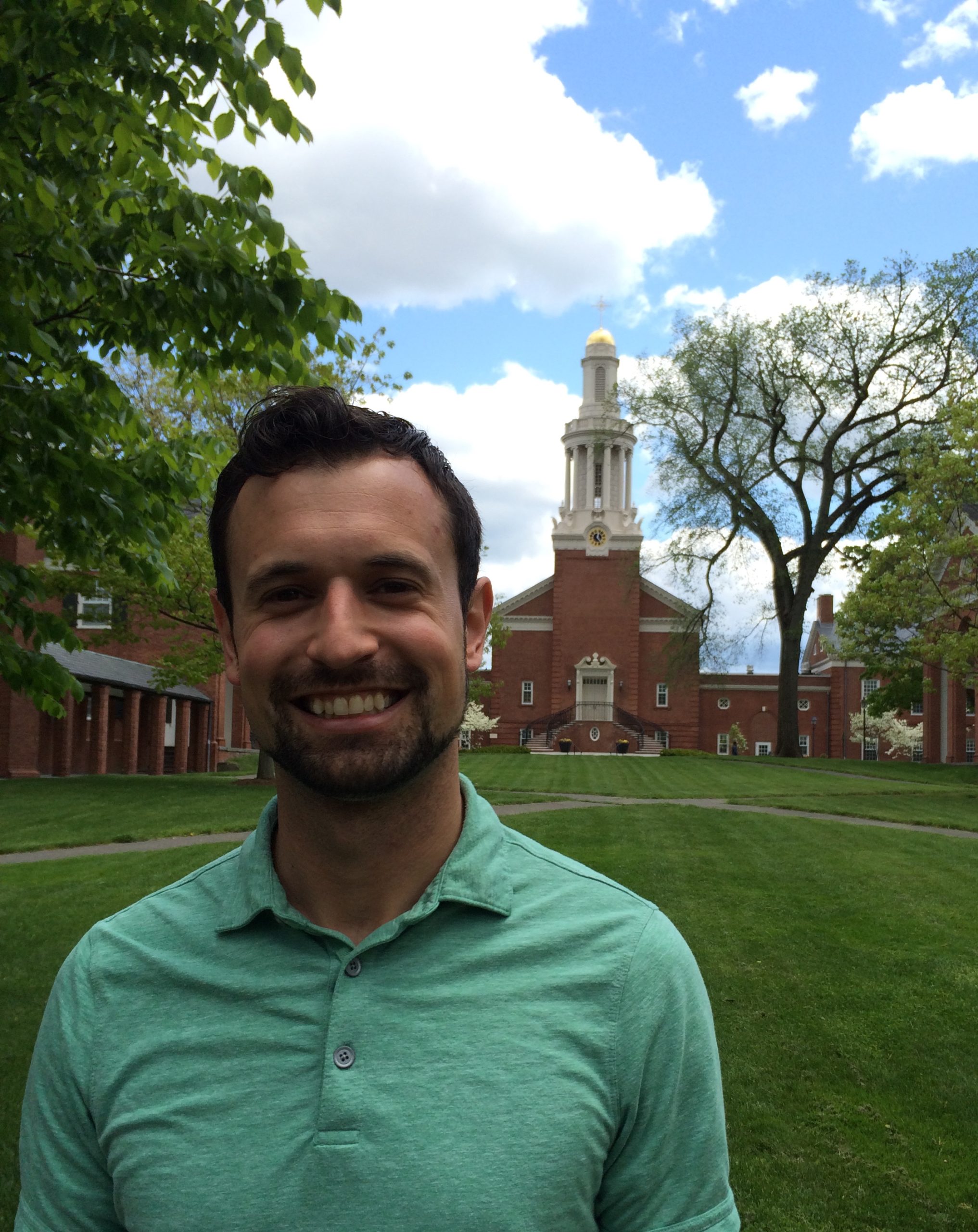 Jon and his wife, Megan Leaman Heinly, are from Lancaster, Pennsylvania, but are currently living in New Haven, Connecticut where he is completing his Master of Divinity at Yale Divinity School. Jon is passionate about youth ministry and prior to seminary, he served as youth minister for Lancaster Mennonite School and Lancaster Conference of Mennonite Church USA. Jon and Megan are members of East Chestnut Street Mennonite Church in Lancaster, Pennsylvania. Among other things, Jon enjoys coffee, running, traveling, hiking, listening to U2, playing Rook, cooking and gardening.

Howard Thurman was an influential theologian, author, mystic and Civil Rights leader in twentieth century America. One of his many great contributions to the Civil Rights Movement was his participation in a delegation to India to meet with Gandhi, a trip that sought to enrich the radical nonviolence of the Movement by learning from Gandhi’s methods.

In reflecting on this journey, Thurman tells of a pivotal point in a conversation, which he recalls as “the rather striking words of Mahatma Gandhi to me: ‘The greatest enemy that the religion of Jesus has in India is Christianity in India.’”[1]

As Thurman goes on, it becomes evident that his encounter with Gandhi, including this particular quote, impacted him deeply. In that context, he notes what he saw as a failure of the church in India and Britain to live into the justice that “springs out of the heart of Jesus of Nazareth, a member of an underprivileged, disinherited group in the Greco-Roman world.”[2] As is represented in this brief encounter, Thurman and Gandhi both observed the tragic consequences of Christians’ all too frequent misrepresentations of Jesus Christ, his life, and his teaching.

While the context of Gandhi’s reflections arose primarily out of his struggle for human rights and independence in India and Thurman’s reflections came primarily from the Civil Rights Movement in the United States, their critique of this hypocrisy remains a crucial warning for us as Christians today. People who say they are Christians, but do not embody Jesus’ example and teaching of love and justice ultimately drive people away from the life-giving Gospel message that Jesus offered and continues to offer to the world. However, on the more hopeful side of things, the inverse is also true. People who say they are Christians and embody Jesus’ example and teaching of love and justice draw people to Jesus and into an encounter with the life-giving Gospel. In the twentieth century, Howard Thurman served as an example of the sort of person whose life drew people to Jesus. Even now, decades after his life, his writings and the story of his life continue this profound ministry. (Check out his Jesus and the Disinherited to experience why his message remains so powerful).

It is imperative that the Church, in its global sense, as well as the church in its smaller expressions such as

congregations and denominations, continually be reminded of the call to embody God’s love as we relate to our Christian sisters and brothers and as we connect with our neighbors beyond the church. Tragically, as Gandhi and Thurman noted, we have too often fallen short of this call and have misrepresented Jesus Christ. But, thanks to the grace of God, we are continually invited to be part of this mission despite our individual and collective failures. Because this is an area in which each of us can always be challenged to grow, I am excited for our upcoming gathering in Orlando where we, individually and as a collective church, will again be called to commit ourselves to this simple, foundational, yet unendingly profound theme of love.

As we find ourselves in the midst of an election season, we do not need to look far to encounter hatred and division. Likewise, our daily news is full of stories of injustice and violence both at home and abroad. Tragically, hatred, injustice, division, and violence are too often perpetrated under the name of Christianity, just as they were in the contexts where Thurman and Gandhi were working for justice.

In the face of this profound brokenness, the world desperately needs to encounter Jesus’ love embodied in Christians.

As Anabaptist-Mennonites, we often refer to our practice of living as a “contrast community,” that is a community that lives by values and teachings that are often in contrast to the world around us. While there are also many examples of genuine love that exist beyond the church, as a contrast community the church has a unique calling to continually live out the love that God has extended to all of humanity through the incarnation of Jesus Christ. Together, let us seek to grow more fully into that love.