Following Jesus together across barriers

This blog is part of our Mennonite World Conference Indonesia 2022 Assembly series. 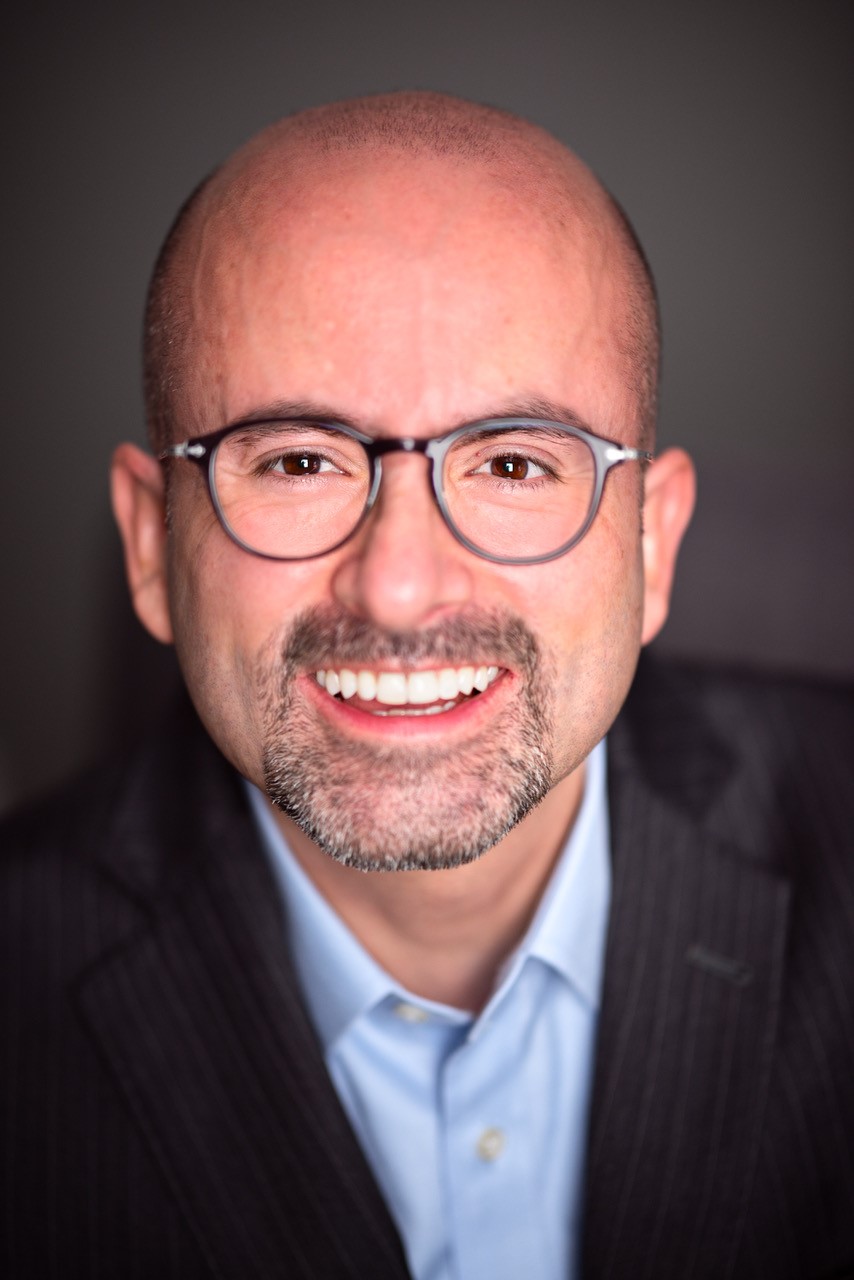 César García has been the general secretary of Mennonite World Conference (MWC) since 2011. He grew up in Bogotá, Colombia, became a Christian there as a teenager, and responded to the call to be a pastor and church planter. He graduated from Colombia Biblical Seminary. Then, he met and was influenced by Anabaptists and began reading Anabaptist writings. While planting and pastoring Strong Tower Mennonite Brethren Church in Bogotá, César was elected president of the Mennonite Brethren churches in Colombia. After completing an Master of Arts at Fresno Pacific Seminary in California, César was chosen as General Secretary of MWC. He is married to Sandra Báez, who is also a Fresno Pacific graduate, and they have two grown daughters.

It is unexpected to see diverse cultures living in harmony, despite their differences, and doing things interdependently, instead of just tolerating one another. That may be why “The Last Supper with Twelve Tribes” by Hyatt Moore has become famous. It depicts a traditional Last Supper scene of Jesus at the table with his disciples. But each disciple in this image comes from a different culture, making a visual impact that is hard to describe.

Some Christians speak about such a gathering of diverse cultures as an event only for the end of times, when people from every nation will sit at one table with Jesus. But now? That is just not possible! It is too hard! Pandemic, violence in Ukraine, nationalism, inequality, and political leaders who exploit resentments — all of these make the idea of a united, interdependent humanity seem unrealistic.

Yet, that was precisely the context of the first Mennonite global assembly in 1925, in the aftermath of World War I. European Mennonite leaders asked where they could find hope amid such circumstances. Church leaders in Russia and Europe envisioned the church as a transnational communion that would cross barriers of violence, nationalism, inequality and fragmentation.

There are parallels between 1925 and our circumstances. In such a time as this, our churches today find hope by supporting one another. We also find our identity in Jesus, rather than in political boundaries. We, too, want to practice interdependence and affirm Jesus’ lordship over kingdoms of this world.

According to the Apostle Paul, there already is a new creation (2 Corinthians 5:17) in which walls of separation among peoples do not exist. There already is a new humanity, made up of multiple ethnic groups (Ephesians 2:14). Unity amid diversity is possible because of the Holy Spirit’s work in the church. The church attracts others, because it shows nations of the world how to live in harmony, despite cultural differences.

Following Jesus together across barriers

Mennonite World Conference now celebrates our 17th global assembly, with 10,000 local congregations worldwide celebrating God’s promise of a new transnational humanity. This is a global communion that brings together 1.5 million Anabaptists from 59 countries.

The theme of our assembly this year responds to our current circumstances with hope for a global church: “Following Jesus Together Across Barriers.” By the power of the Holy Spirit, we can overcome barriers of language, culture, social class, gender and even theology. We can enjoy unity of the Spirit, a gift that makes it possible to be one, just as Jesus and the Father are one.

One of the first effects of sin, according to the Bible, was relationships of domination and barriers that set people apart. In the narrative of Adam and Eve, we read God’s description of one of the effects of becoming distant from our creator: Eve would desire her husband, but “he will rule over you” (Genesis 3:16 NIV). Hierarchical relationships, distance and barriers among people were not part of the original design for creation. But once sin appeared, political structures also brought relationships of domination. Distance and barriers appeared among us.

Domination, distance and barriers contrast with the biblical vision of communion (Greek: koinonia), a word that implies close relation, commonality, solidarity and shared responsibility. Communion has to do with mutuality, with belonging to one another in an interdependent way.

In the community of God’s kingdom, communion replaces domination. Relationships become equitable and symmetrical. The Spirit of God transforms us to eradicate structures that allow control of some people over others.

Global assemblies strengthen our roots in the Anabaptist movement. They allow us to overcome loneliness and support those dealing with persecution, violence, extreme poverty and natural disasters.

Assemblies help local churches perceive our global communion. They make it possible for the worldwide church to learn from local churches and receive the gifts they offer to bless the whole body of Christ. Online attendance now opens this joyous experience to sisters and brothers worldwide. So, we invite you to enjoy this global faith family with us. Come, join us and celebrate the gift of unity that brings hope! 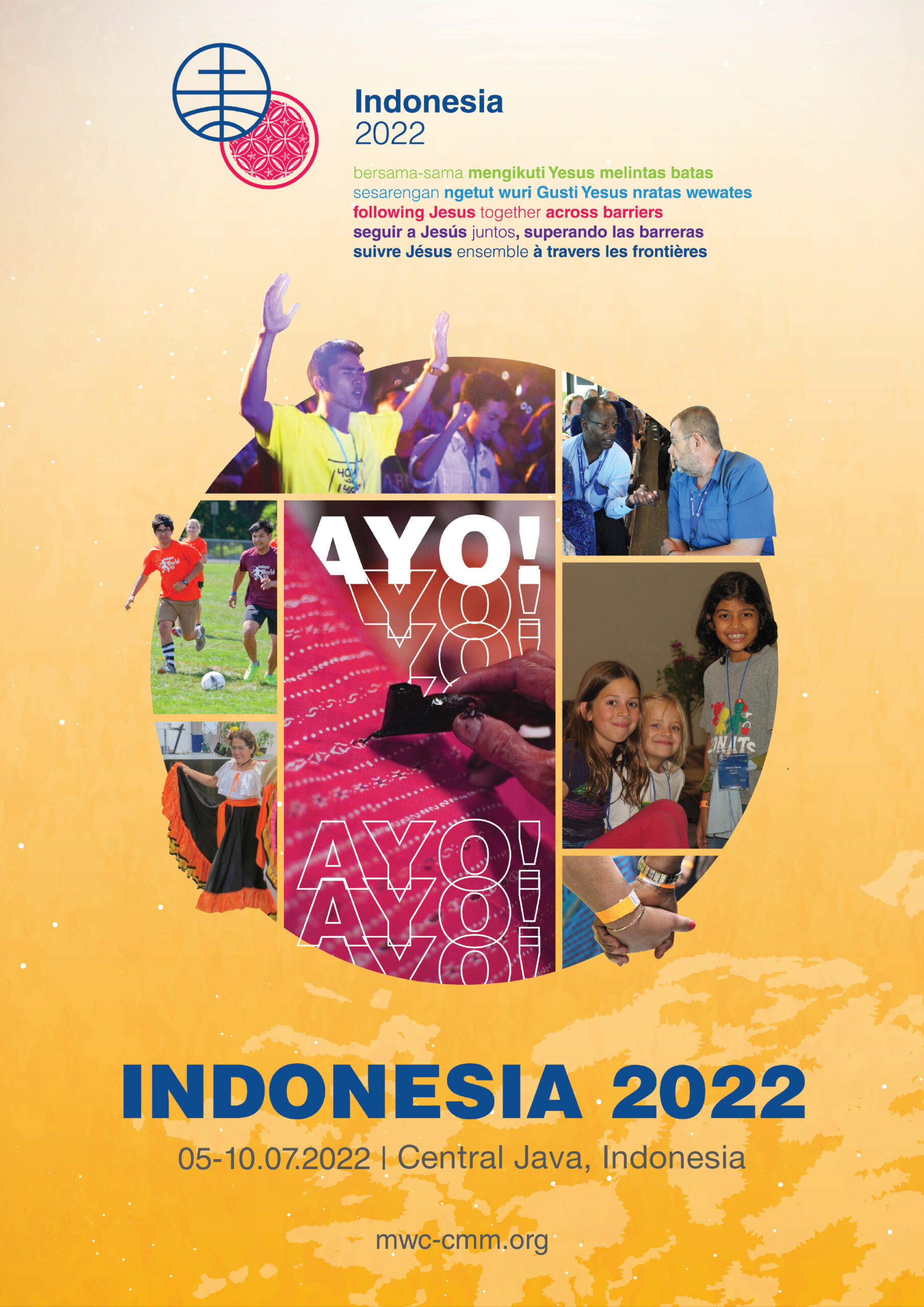 MWC Assembly is in Indonesia this year! But you can also attend virtually. Learn more here: https://mwc-cmm.org/stories/join-assembly-online
Mennonite World Conference – MWC CMM Assemblies are reunions of the Anabaptist-Mennonite family worldwide that takes place every six years.